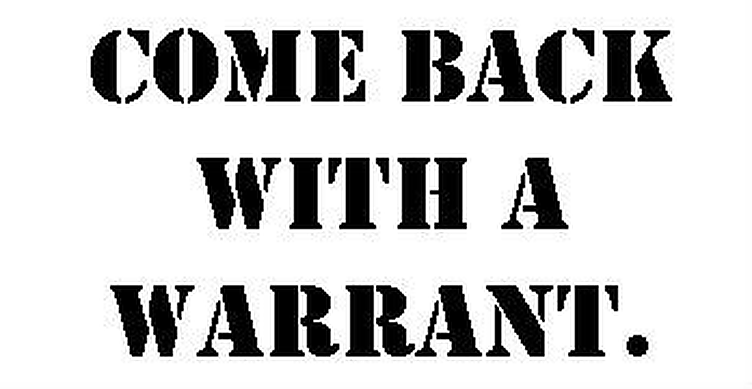 In the late 1940s in Colorado, two men and a woman were arrested and charged with providing illegal abortions. There are scant facts available on the background of their alleged crime or its discovery; however, what is uncontroverted is that the evidence against them was gathered in violation of the Fourth Amendment right against search and seizure. Nevertheless, they were prosecuted, convicted and their convictions upheld. As anyone with a casual knowledge of the criminal justice system knows, illegally obtained evidence is inadmissible in a court of law. What many may not know is that this fact is a relatively modern development in constitutional law, and such was not the rule when Julius Wolfe, Betty Fulton and Charles Fulton went to trial in Colorado state court.

The evidence in question was unarguably illegally obtained as it applied to Wolfe, though apparently not for his codefendants. But the three were tried together, and the otherwise inadmissible evidence was presented to the jury, who ultimately convicted the trio. Wolfe appealed on the grounds that the evidence resulting from the fourth amendment violation should not have been used against him at trial. Wolf’s conviction was upheld by the state’s courts, and eventually ended up at the US Supreme Court in our case of the week, Wolf v. Colorado.

Wolf argued that the Fourth Amendment prohibition against search and seizure was applicable to the states via the Fourteenth Amendment, an idea that has since become a maxim in American Jurisprudence. But in the Wolf opinion, written by Justice Felix Frankfurter, the Court drew a distinction between the violation – an illegal search and seizure – and the remedy – the exclusionary rule barring the use of illegally seized evidence in court. Though he clearly opined that the Fourteenth Amendment guarantee of “due process” was not “shorthand” for imparting the first 8 amendments to the states, Frankfurter had no trouble ruling that the Fourth Amendment was indeed applicable:

Due process of law thus conveys neither formal nor fixed nor narrow requirements. It is the compendious expression for all those rights which the courts must enforce because they are basic to our free society. But basic rights do not become petrified as of any one time, even though, as a matter of human experience, some may not too rhetorically be called eternal verities. It is of the very nature of a free society to advance in its standards of what is deemed reasonable and right. Representing as it does a living principle, due process is not confined within a permanent catalogue of what may at a given time be deemed the limits or the essentials of fundamental rights…

The security of one’s privacy against arbitrary intrusion by the police — which is at the core of the Fourth Amendment — is basic to a free society. It is therefore implicit in “the concept of ordered liberty,” and, as such, enforceable against the States through the Due Process Clause. The knock at the door, whether by day or by night, as a prelude to a search, without authority of law but solely on the authority of the police, did not need the commentary of recent history to be condemned as inconsistent with the conception of human rights enshrined in the history and the basic constitutional documents of English-speaking peoples.

According to the majority the remedy of exclusion is not part an parcel of the fourth amendment:

Accordingly, we have no hesitation in saying that, were a State affirmatively to sanction such police incursion into privacy, it would run counter to the guaranty of the Fourteenth Amendment. But the ways of enforcing such a basic right raise questions of a different order. How such arbitrary conduct should be checked, what remedies against it should be afforded, the means by which the right should be made effective, are all questions that are not to be so dogmatically answered as to preclude the varying solutions which spring from an allowable range of judgment on issues not susceptible of quantitative solution.

The federal courts had utilized the exclusionary rule since Weeks v. United States in 1914, but the Wolf majority saw no reason to impose their chosen remedy on the states. Frankfurter conceded that the fed’s method was likely an effective deterrent; however, he opined that state legislatures were the proper place for rules to be promulgated to punish or deter unconstitutional searches and seizures by law enforcement, writing that “it is not for this Court to condemn as falling below the minimal standards assured by the Due Process Clause a State’s reliance upon other methods which, if consistently enforced, would be equally effective.” He suggested that the exclusionary rule was less necessary on the local level, where “public opinion” against authority answerable to the community was a more effective deterrent.

Dissenting from Frankfurter’s opinion, Justice Murphy did not agree that a lesser remedy at the state level could sufficient, “[F]or there is but one alternative to the rule of exclusion. That is no sanction at all.” Murphy also cited Weeks in support of his opinion. The Weeks court, which create the exclusionary rule, stated “If letters and private documents can thus be seized and held and used in evidence against a citizen accused of an offense, the protection of the Fourth Amendment declaring his right to be secure against such searches and seizures is of no value, and, so far as those thus placed are concerned, might as well be stricken from the Constitution.” To discard this reasoning is to discard Weeks, as there is no reason why this statement would be true for citizens charged by the federal government but not state. As to Frankfurter’s suggestion that law enforcement entities could be prosecuted criminally as an alternate remedy, Murphy noted that “self-scrutiny is a lofty ideal”, expressing his skepticism that the system would vigorously prosecute itself for such transgressions. Justice Murphy then proceeded to describe specific instances that proved his point. In states which had adopted an exclusionary rule, he wrote, law enforcement is robustly trained in search and seizure law. Conversely, in states where there was no exclusion officers were not likely to be as knowledgeable about legal vs illegal searches and were specifically reminded that even improperly seized evidence would be admissible.

Wolf’s conviction was upheld, because the Supreme Court trusted in the ability of the states to craft equally effective remedies to protect the citizenry from unconstitutional search and seizure.

Over a decade later, police forcibly entered the Ohio home of Dollree Mapp, seized her property, and charged her with possession of lewd materials. Ohio had no exclusionary rule, and her eventual conviction made its way to the Supreme Court, giving them a second bite at the apple. In Mapp v. Ohio, written by Justice Clark, Wolf was expressly overruled; the exclusionary rule was held to apply to all states as the remedy for unlawful search and seizure. (Frankfurter, still on the court at this time, joined the dissent.)

L2: SCOTUS won’t review the conviction of the woman who goaded her boyfriend to suicide via text message.

L3: Were the prosecutions in the Chris Christie scandal a bridge too far?

L4: The pizza justice gets his way, but the results are less than satisfactory.

L5: If the outcome were not so egregious, I’d be tempted to call this guy our dumb criminal of the week for asking the jail guard to charge his illegally possessed cell phone. But 12 years due to the incompetence of the booking staff isn’t funny.

L7: I can’t write a blurb that’s any better than this glorious headline: Man requests trial by combat with Japanese swords to settle dispute with Iowa ex-wife.