One of Three, But Should Be Many 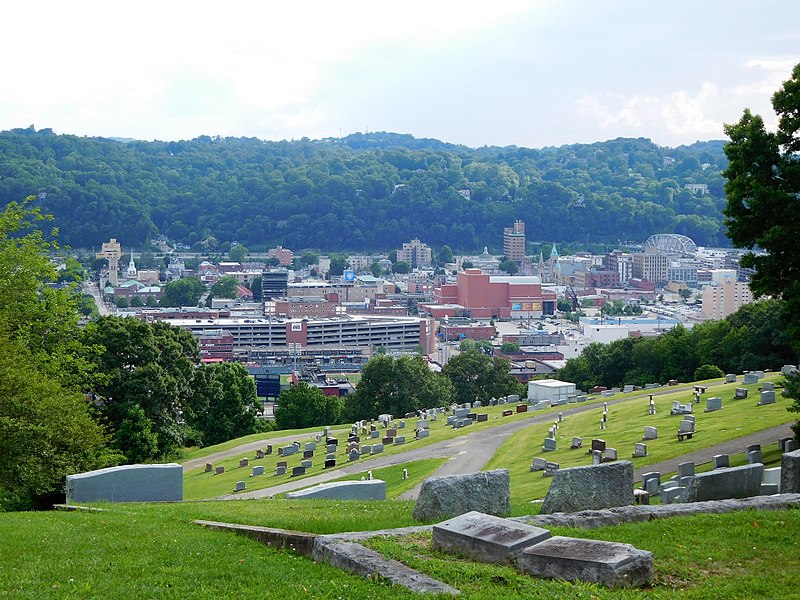 “The thing that got me about West Virginia was the beauty of the mountains and peacefulness of the small town,” the man said about finding a home in the mountain states. It is a sentiment that is nearly universal of people who are from, live in, or travel through the 35th state. There is just something about the blankets of green draped over continuous mountains broken up by rivers, the occasional interstate, and not much else. The people who live among it all are just special, not despite their circumstances and surroundings but because of them. “I’m happiest because anywhere I go, people have been helpful,” he continued about his new found home.

“Almost Heaven” reads the signs when you enter the state, goes the opening lyrics to Country Roads, and — the joke goes — confuses some of our Catholic friends who are afraid it might be purgatory.

If you are Najib Ahmad Bakhtari, who is quoted above, it really must seem that way after waiting over three years in war-torn Afghanistan for the chance to come to America while 10 others he knew “disappeared”.

Bakhtari landed in Charleston in April from his hometown of Mazar-i-Sharif, a large Afghan city known for its exquisite, blue-topped mosque that pops against the city’s sandy backdrop.

He left behind his father, mother and two brothers. He doesn’t know when he’ll see them again.

In Charleston, he found friendly people, opportunity and peace of mind he had not known in Mazar-i-Sharif.

“The thing that got me about West Virginia was the beauty of the mountains and peacefulness of the small town,” he said, speaking through a translator as he’s currently learning English through an ESL class. Bakhtari speaks a mixture of Persian and Pashto, an Iranian language.

In Afghanistan, he’d been working as a cook in a kitchen and overseeing dozens of employees who served Americans helping Afghan people — a job that put him in danger, he said.

“Ten people who were working with Americans disappeared,” Bakhtari said, adding that he feared his own life was at risk because of his connections with Americans.

Afghanistan is the most dangerous country in the world due to its high numbers of deaths from war and terrorism, according to a 2019 report by the Institute for Economics and Peace.

His sister, Wafa Bakhtari Noorzai, came to America in 2015. She lives in Charleston with her husband and two children.

She has experienced constant worry for her brothers and parents who remained in Afghanistan, she said.

It took three years for Bakhtari to get his paperwork, which included being linked to his sister and brother-in-law in Charleston, to enter the U.S. under refugee status.

“One day we were sitting at the table eating dinner and talking with [my brother] on the phone. He said, ‘I got the visa!,’ and I [screamed]. I was so excited,” Noorzai said.

Her brother was able to find a home and work in Charleston with the help of West Virginia’s Catholic Charities branch.

“I’ve been working in refugee resettlement for five-and-a-half years,” Libby Ramsey, migration and refugee services program director, said. “I am always struck by how similar refugees are to our native West Virginians in their resiliency, devotion to family and incredibly strong work ethic.”

Back in March, Em along with some Twitter friends debunked a ridiculous viral video decrying the pending invasion of “Syrian Muslims” who were going to set up all sorts of horrors and destroy the United States starting with the West End of Charleston, WV. His hateful screed was easily disproven, to the point fact checkers reached out to Em herself to put together the debunking story. As Em pointed out in her piece, WV had a grand total of 7 Syrian refugees…since 2002. As for the Islamic fearmongering, there has been a Muslim community in Charleston since the 1950s, peaceably living and growing in the valley ever since. Many of them doctors, engineers, and in other high-demand fields who found opportunity in the Mountain State. The Islamic Association of West Virginia is still relatively small in number but has branched out to other places in the state, and is often participating in civic and interfaith activities in their cities.

The truth is, in 2018 — when Grifter McGrifty rolled into Littlepage Terrace to spout his lies — West Virginia took in exactly 1 refugee. In 2019, they went big and tripled that to three.

Charleston Gazette-Mail writer Amelia Ferrell Knisely tracked down Bakhtari in the above piece, and wrote about him in light of the President’s announcement, along with some governors and other municipalities, to cease taking in refugees. She details how he had to wait, how his “link” to a sister and her family already here is what allowed his status, how he has worked since arriving, and the Catholic charity that helped get him on his feet. Perhaps most importantly, Knisely gets to transmit what he thinks about his new home.

“I want people to see and learn from what I get to do here and see the freedom I have in the United States,” he said to conclude the piece.

Thinking we are better off without such people in our nation is lunacy.

Refugees are a specific type of newcomer to our country, legally protected and worthy of time and effort by our government and society. Thoroughly vetted and with family ties already in place, such folks are not only happy to be here, but for the most part motivated to succeed, grateful for the opportunity, and wanting to make a life for themselves and their families in their new land. For a state that is demographically bleeding to death, folks from the outside that see it as a land of opportunity apart from the current issues those who are leaving see, it is one of the only available options for states like West Virginia and regions like Appalachia. If you are not birthing them, or retaining the ones who are, or replacing an elderly generation rapidly passing into history, you better find folks who want to be here. With West Virginia flirting with the bottom ten states in birth rates, a decline in population that will result in loss of a congressional district, and the third oldest population over 65 in the country, any influx of people who want to call the hills and hollars of West Virginia home should have the state’s arms flung around them in welcome. The same for other areas of our great nation with struggling populations. Rebirth and renewal is as much a part of American tradition as anything else, and should be celebrated and carefully considered and nurtured, not fearmongered and denigrated over points of bias and ignorance to the folks wanting to come.

Folks from other places, with no where else to go, willing to do the hard things to survive, thrive, and make life better for themselves is an honored tradition in West Virginia. It should always be that way. Lest some day we have almost no West Virginians left at all.