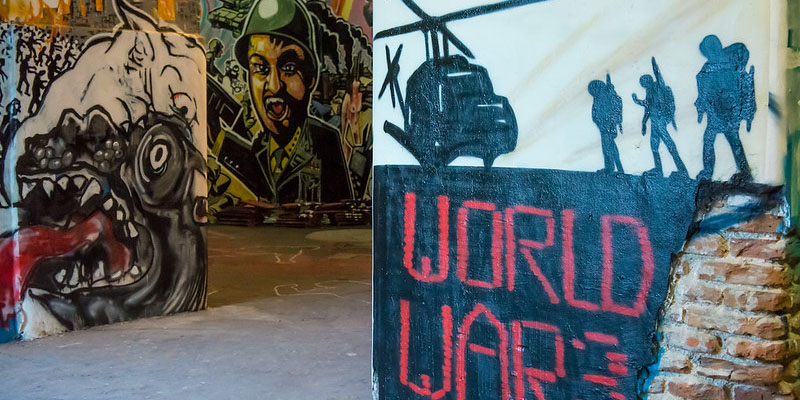 The day after President Donald Trump ordered an airstrike that killed leading Iranian general Qasem Suleimani, the phrase World War III began to dominate the nation’s social media feeds. Celebrities started tweeting about it. Serious pundits made allusions to it. Historians started sharing stories and anecdotes connecting President Trump’s actions to the beginnings of earlier mass conflicts. Fears over World War III were rooted in the idea of one assassination, committed by a president they saw as blundering and incompetent, starting a domino effect that would lead to global conflict and nuclear annihilation. By using the fears of the 1910s and 1950s, American liberals were creating a new panic perfect for the media ecosystem of the 2020s.

Like everything else on the internet in recent years, it is difficult to tell whether every reference to World War III is serious or not. Comments about the possibility of war have rapidly led to threats of being drafted, with many Americans googling draft requirements. There are, of course, memes. And every day that goes by, Austrian Archduke Franz Ferdinand, whose assassination sparked the First World War, remains a trending topic. Even if some people joke about the idea of another world war, it would match perfectly the tendency of overreaction and hyperbolic rhetoric that has characterized liberal fears over every action Donald Trump has taken since his inauguration, which many people believed would lead to a nuclear war in his first weeks in office.

Fears about World War III, when they are not jokes, mostly revolve around an outdated view of how wars begin in the modern world. The aforementioned Franz Ferdinand is seen as the archetype for this view. As in 1914, the world is currently bound up in a web of alliances, with numerous countries having massive armies and international interests. The world seems confusing, with shadowy enemies and prominent terrorist organizations conducting operations without respect for borders. It seems like the same world, one in which a single shot could lead to a domino effect that, with the help of nuclear weapons, leads to the destruction of life on earth.

But the world is not the same as it was in 1914. The world is currently in a Pax Americana, a state of peace the likes of which have rarely been seen before in modern history. World War III would require official wars among great powers, a scenario that has not been seen in seven decades. With a few exceptions such as Russia with Crimea, countries do not involuntarily annex territory in the 21st century. They also do not have the sort of belligerent, ironclad alliances that once fueled world wars. In 1914, Serbia would not have defied Austria’s orders to hand over Ferdinand’s assassin without the certainty that Russia would intervene to support it. Japan would not have bombed Pearl Harbor if it could not have counted on German and Italian support. In the 21st century, NATO is the only alliance in the world with such an ironclad guarantee backing its members, and even that promise has been shaken in recent years. There is no guarantee that Russia would not abandon Iran, China, or any one of their regional partners if they believed another arrangement was in their best interest.

The lack of alliances and reluctance to engage in official wars among great powers is compounded by the state of mutually assured destruction that has existed since the 1950s. This tenet is often forgotten by the current generation, which never experienced the nuclear scares of the 1950s, 1960s, and even the 1980s. Nuclear weapons still exist. There are still thousands of them, constantly pointed at global capitals, which can be unleashed at a moment’s notice. It is true that, as critics have noted, these weapons have not stopped dozens of proxy wars from the 1950s up to the present day. They may not stop a smaller war with Iran, but then again such a war would not rise to the level of World War III.

There is a tendency on the American left to consider Donald Trump’s actions as uniquely abhorrent in the worst possible terms. According to this view, Trump is imposing fascism, ignoring the Constitution, and starting massive new military operations. Elements of these criticisms are indeed true, even with regards to the case of Suleimani. But critics of President Trump should not let their strong critique provoke the strongest possible hyperbole, that of another war paralleling two of the deadliest in American history. Trump may start a war with Iran. But unless the world changes in ways that no serious political scientist or historian has predicted, he will not start a third world war.