Disney Plus’ Togo: Not Just Another Dog Movie 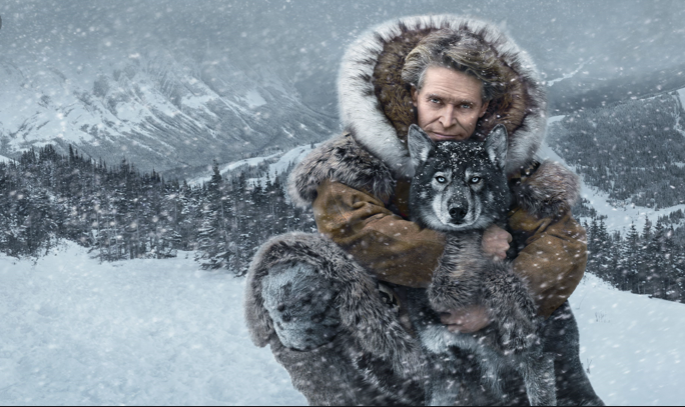 “Coffee or whiskey?” Constance Seppala asks the semi-hapless Mayor of Nome, whom she well and good knows has come to her home at an ungodly hour to ask her husband Leonhard to set out on the adventure that warranted this film’s story. “I’m having both,” she declares, her frustrated character already ahead of the men in the scene on where this is all going. Her husband is the only one to save the day; she knows it, he kinda-sorta-working-on-it knows, and she would rather get on with it, but knows it’s a process in the stubborn and proud man she loves. There are children to save, a storm coming, and no one could possibly make it but him, but the writers mercifully get on at the right pace for the film, if not for poor Constance.

Formulaic? Sure. But it works here, and is well done. Formulas for movies get that way for a reason, and heroic deeds have long been the base alloy of cinematic storytelling. Add in a heroic dog, and you have a story that just screams for a Walt Disney Movie.

Togo is very well done, in all respects. It would be hard to screw up the cinematography of Alaska and the production does not, highlighting the often brutal but always beautiful wilderness of the last frontier. Willem Dafoe brings the perfect amount of acting heft to a role that could have skewed into silly if not deftly handled. Such beats as his remixing Shakespeare’s St Crispin’s Day Speech from Henry V to name off his sled dog team and flipping “band of brothers” to “champions” while urging his charges through the howling gale and crackling ice stays on the right side of the serious/silly line. The drama is balanced out with just enough humor to keep from being too heavy, such as the line that “St Francis of Assisi would have shot this dog” when trying to deal with the young and not-quite-yet eponymous hero of the story, or the Norwegian Leonhard grumbling “never marry a Belgian” under his breath about his seemingly always correct wife. The rest of the cast is stocked full of character actors you will go “I know him/her from such and such…” upon seeing and all of them fit perfectly in their roles.

But the star of this film is clearly the dog.

Togo is a true story, though the movie plays loose with the real life ending of the champion canine. Maybe that is just as well, the end point manages to find a good balance between overly unrealistic sappy happy and the soul crush of an Old Yeller or Where the Red Fern Grows. Oddly enough, the bits that would seem to be exaggerations made for the movie, such as Togo breaking out of a home he was given away to by jumping through a glass window, are the real life exploits of a truly remarkable animal. The Seppala’s own daughter has been deleted from the sick children, and Constance is left to convey the family displeasure at the beloved Togo not getting the credit he deserved when in real life her husband was quite vocal on the subject while on publicity tours throughout the lower 48 after his and Togo’s great deed. But as movie making liberties go, those are rather benign and forgivable. The focus here is on dog and man, nature’s near-infinite power and mortal man’s limits, and how all those things converge to create conflict both outward and inward. All of which is satisfyingly achieved by director Ericson Core, who has done this sort of underdog story before for Disney in Invincible, the story of Vince Papale trying to make the NFL’s Philadelphia Eagles.

The thing with dog movies is they are almost allegories in real time, using the animal both to project anthropomorphic properties onto them to relate, but mostly learning something about the humans involved through them. By the time Willem Dafoe’s closing voice over talks about how Togo wasn’t really about the sled like he thought but about his bond with Seppala all along, you already knew that but the emotion of it all coming together at the end of a well made film comes anyway. Which is how it should be with a great film. Even if you know where it is going, the journey is still well worth it, takes you in, and makes you feel the way the filmmaker intended. That you do means it works.

Formulaic? Of course it is. Thank God for that, since the escapism of a good film these days is almost as miraculous as a brave dog and his musher saving the town’s children from disease and the storm. Just doing a good hero dog movie would seem a simple task to the viewing public, but there are many trails a studio could have gone down to disaster, and thankfully didn’t. Togo, like the dog itself on that great Serum Run of Mercy in 1925 weaving through dangers and challenges, delivers.