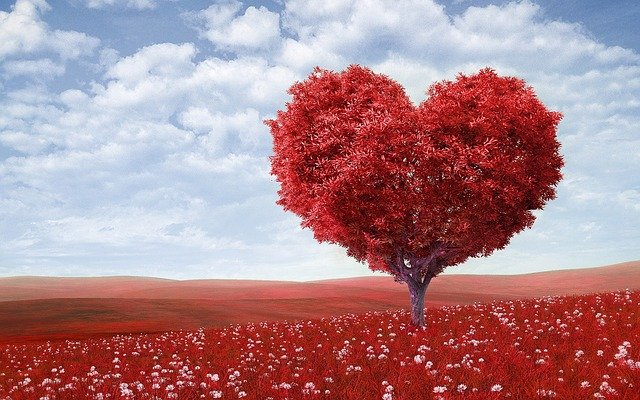 A few months back I wrote a couple pieces about Veronica Mars. I complained a bit about Veronica’s boyfriend Logan getting unceremoniously exploded, which a lot of VM fans (primarily female) were pretty cheesed off about.

I got some pushback on this from male VM fans, such as this poor guy I’m gonna pick on for no deeper reason than his comment was brief (apologies!):

I replied to a couple of the comments along these lines:

A few months further back I wrote a 5 part Valentine’s Day series on romance novels, a feat of insanity that I am going to repeat this year, only I learned my lesson and am starting it at the beginning of January instead ⅔ of the way through. So hopefully unlike last year I’ll make it through mentally unscathed. 1

This time I’m actually reading GOOD romances instead of trashy ones.

It’s a lot of work, and do you know why I’m doing this? It’s because romance MATTERS. Maybe it doesn’t matter to you, heartless jerk, but it matters to me and lots of other women. Those guys (including Veronica Mars creator Rob Thomas) who want to look snootily over their pince-nez glasses and be all like “well what was REALLY important about Veronica Mars was the MYSTERIES” such as that timeless and culturally important VM whodunit where radfems rape frat boys with plastic Easter Eggs, are IMVVVHO basically being sexist pigs by devaluing romance, comparing it negatively to the stuff they like.

Soo, let’s talk about that stuff, shall we?? The man stuff which is like so totally better than women stuff?

The same guys who roll their eyes at encountering romance in fiction will happily tune in to Car Talk for hours to hear Click and Clack discuss the merits of a 78’ Corvette vs. a 81 ‘Stang. They’ll play fantasy football and obsess over whether to pick Ronde or Tiki Barber for a team that exists entirely in their imagination. They investigate the amount of Scoville units in a Tibetan Ghoul Pepper and calculate the proper balance of grapefruit vs. hops vs. chocolate in their desired alcoholic beverages. They record Dr. Demento off the radio and debate for hours about who is the better Bond: Connery or Moore, and GTFO with your Brosnan! MY HUSBAND HAS WATCHED THE MOVIE GLADIATOR 47 TIMES.

Men like stupid and utterly pointless stuff sometimes, and I don’t even think it’s arguable. I don’t say that to fault anyone because I don’t care enough TO fault anyone. I say that to point out that people like stuff. A wide variety of stuff. All of us like stuff other people think is boring, stupid, insipid, pointless, or inferior.

If the things you like are stereotypically male, and you roll your hairy muscular eyeballs at the things I like because they’re stereotypically female, even though both of them are equally pointless to human survival, well, hey, I don’t think it’s entirely unreasonable for me to suspect that there may be some sexism coming into play. Because I do suspect that. My Spidey Sense of Sexism is tingling.

But hey, whatever. Sexists gonna sexist. The carefully crafted argument has never been made that prevents sexists from sexisming all over everyone’s face. So everybody, please feel free to set that argument I just made aside. Set it aside completely because me making that argument means I accept the premise that romance is as stupid and pointless as a debate about who is better, Tiki or Ronde Barber, and I do not.

The sole point of mentioning sex in this essay at all is to point out that human beings waste tons of time and energy not to mention scads of money chasing the Dragon of Boink. We pursue sex pretty much more time than we spend doing anything else other than stuffing our faces with food and sleeping. And a heck of a lot of the times we’d happily skip a meal and lose a night’s sleep to get laid. People, men particularly but not only men or so I hear from Mary Kay LeTourneau, are willing to risk PRISON to have sexual encounters.

So menfolk, you can’t sit there with a straight face and tell me that your precious mysteries are more important than romance when a pretty shocking number of you are willing to risk a trip to the Big House to get your goods serviced in some forbidden way or another. Romance is one aspect of the fundamental purpose of human existence – seeking a mate, connecting with another human being, making babies, exploring sexuality, love – whatever you want to call it, it’s what we DO, people. There wouldn’t be 8 billion of us if we were indifferent and we all preferred to curl up with a cup of tea and a tattered copy of Nancy Drew: The Mystery at Lilac Inn. Why on earth would exploring the tangled twisted ball of motives and quirks underlying genital-based experiences via literature be in any, any way an inferior use of a writer’s skillset or a viewer/reader’s time than solving a whodunit?

Personally, I have never experienced a whodunit, and I’ll wager very few of us have although 97% of everyone affiliated with Ordinary Times are lawyers. Given that reality, it makes no damn sense that “romance” is less worthy a topic for a television show than “mystery.” None whatsoever.

Now, the catch is, romance novels in and of themselves are not always or even usually very literary. You got us there, boys. They’re pretty darn trashy, most of ’em anyways. My argument that romances are somehow investigating the breadth and depth of the human sexio-romantical experience is rather specious, I admit.

But may I just humbly point out that men have been writing — and publishing — the lion’s share of literature of the past 50-some-odd years and much of that has been to a greater or lesser extent, off-putting to women. I am of the opinion that a lot of women have turned to romance novels (not to mention YA novels, which do very often have a romantic element) even though they’re tawdry and shallow, as an escape from stories that are basically the glorious misogynistic adventures of a boy and his penis.

But it doesn’t matter the reasons why. The fact is, despite romance novels tending to be less literary than other genres, inherently there is nothing inferior or wrong with liking romance. Just because romance novels have MOSTLY up to this point been trash (don’t even get me started on those darn Hallmark movies) they don’t have to be. There is a lot left to explore in the arena of human sexuality when it comes to fiction. And a romantic relationship done in an interesting, explorative fashion…say, for instance, the relationship between Veronica and Logan on Veronica Mars? There is absolutely nothing wrong with enjoying that. It is in no way a sign of a weak and fluffy defective female brain to find something in that that is intriguing.

Personally, I find it way more interesting than watching some big long mystery only to find out the most famous guest star did it yet again.