The New Year opens with Bernie Sanders in his best standing yet against the field in Iowa and New Hampshire. He’s in a first-place tie with Joe Biden and Pete Buttigieg in Iowa. All three are at 23%, and each would get a similar number of delegates out of the caucuses if they were to take place today, according to the CBS News Battleground Tracker. Sanders also now has a narrow edge in New Hampshire, with a two-point lead over Biden.

The story includes these two visuals: 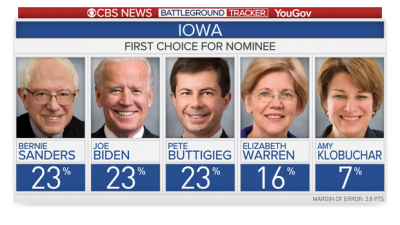 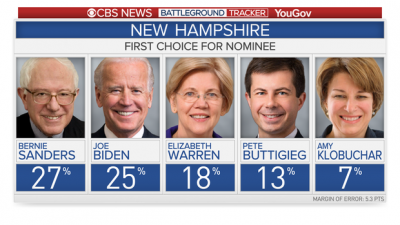