“I’m Against…” vs. “I’m For…” And a Lesson in Signaling Sharp Contrasts 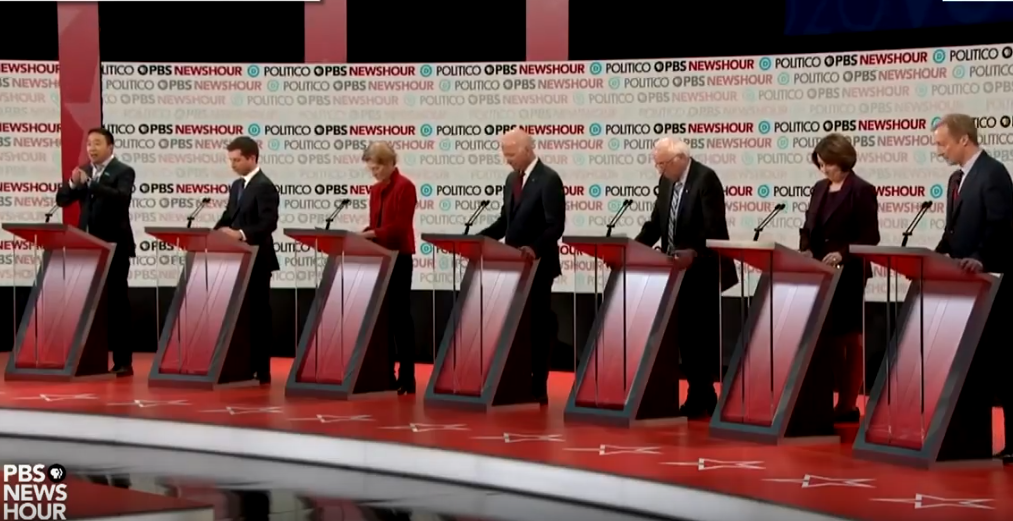 Over at Arc Digital, our friend Berny Belvedere has some thoughts on how in a crowded candidate field of candidates trying to break through a noisy media environment, the “I’m against…” is often winning out over “I’m for…” and those that don’t adjust get left behind.

What makes the two approaches differentially effective, during the primaries more so than during the general election, is the level of information they are able to provide voters still deciding who to back in the presidential race. Negative signaling is more informationally rich than positive signaling — at least when it comes to supplying the information voters find useful.

Take this year’s race. The Democratic voters not yet decided on a candidate, much like undecideds during any presidential contest, have values and policies they are for and values and policies they are against. When they tune into what’s happening in the race, they’re treated to a bunch of for-statements (positive signaling) and anti-statements (negative signaling). Yet for-statements are less informative because they don’t present voters with the contrasts that help them most reliably determine where each candidate stands, and more importantly, which candidate stands with them. As a result, for-statements are often uninteresting and unhelpful—with no contrastive element present, voters can’t rely on those statements to convey anything meaningful about the race. High-information voters tend to have the interpretive tools, the conceptual and contextual background knowledge, to get a lot out of for-statements. But most voters aren’t in that position. For example, a really invested political observer will know what a particular candidate means when he or she says: “I’m in favor of common sense gun laws,” or “My position is that we have to secure the border,” or “We’ve got to get America working again.” But taken by themselves these statements don’t really mean anything. How can we tell? All of them are things you can imagine any of the candidates saying—so what, really, is their informational value? Voters tune out because they don’t expect electorally useful information to come from for-statements of this kind.

On the other hand, anti-statements help voters fill out a map of the political terrain. Through them, candidates are able to send the following signal to voters: “I’ll be a reliable protector against the wrong values and the wrong policies being enacted. The ones these other candidates are in favor of.” Anti-statements thus also allow candidates to partially define their opponents and to shape the narratives surrounding them. This puts pressure on their rivals to persuasively push back —- and if they don’t, they can take a serious hit in the polls.

Read the whole piece here. So, what say you?