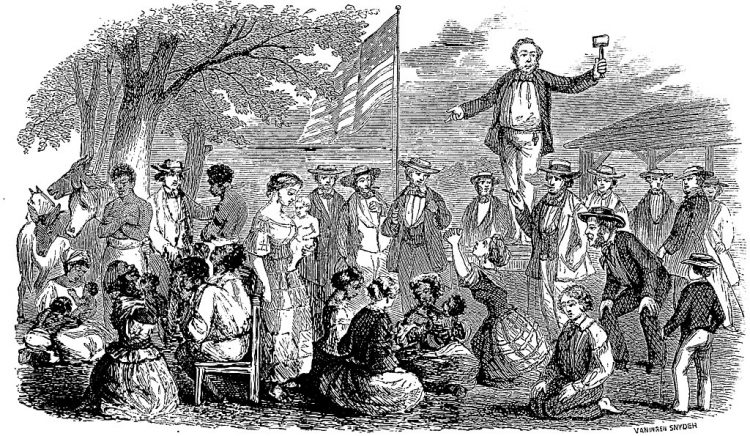 Over at The Atlantic, Adam Serwer wades into the debate, and pushback, regarding The New York Times Magazine’s “1619 Project” issue focusing on Slavery in America.

U.S. history is often taught and popularly understood through the eyes of its great men, who are seen as either heroic or tragic figures in a global struggle for human freedom. The 1619 Project, named for the date of the first arrival of Africans on American soil, sought to place “the consequences of slavery and the contributions of black Americans at the very center of our national narrative.” Viewed from the perspective of those historically denied the rights enumerated in America’s founding documents, the story of the country’s great men necessarily looks very different.

The reaction to the project was not universally enthusiastic. Several weeks ago, the Princeton historian Sean Wilentz, who had criticized the 1619 Project’s “cynicism” in a lecture in November, began quietly circulating a letter objecting to the project, and some of Hannah-Jones’s work in particular. The letter acquired four signatories—James McPherson, Gordon Wood, Victoria Bynum, and James Oakes, all leading scholars in their field. They sent their letter to three top Times editors and the publisher, A. G. Sulzberger, on December 4. A version of that letter was published on Friday, along with a detailed rebuttal from Jake Silverstein, the editor of the Times Magazine.

The letter sent to the Times says, “We applaud all efforts to address the foundational centrality of slavery and racism to our history,” but then veers into harsh criticism of the 1619 Project. The letter refers to “matters of verifiable fact” that “cannot be described as interpretation or ‘framing’” and says the project reflected “a displacement of historical understanding by ideology.” Wilentz and his fellow signatories didn’t just dispute the Times Magazine’s interpretation of past events, but demanded corrections.

In the age of social-media invective, a strongly worded letter might not seem particularly significant. But given the stature of the historians involved, the letter is a serious challenge to the credibility of the 1619 Project, which has drawn its share not just of admirers but also critics.