But Now Sit in Silence 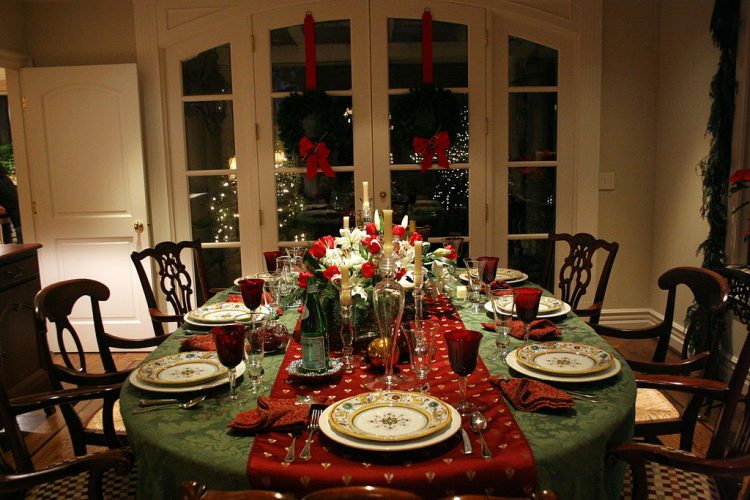 Like many people, I learned the fine art of meditation while growing up with family members on different sides of the political divide. My grandparents, now in their 80s, were a prime example, with my grandpa leaning left and my grandma, a stark Republican by contrast. A phrase that I’ve repeated my whole life is that “there are checks and balances for a reason.” I used this to appease family and friends worried that the latest presidential election would destroy life as we know it. I’d shrug and say, “the president is only one person.” The congress and senate ensure all voices are heard regardless of whether we voted for the president or not.

Now, conversations are quieter these days. This is odd since my grandpa refuses to wear hearing aids, so we all have to yell. But, my grandma, a life long Republican, is what I guess the trending terminology calls a Never Trumper. As a woman, a mother of a daughter, a grandmother to many granddaughters and grandsons, and as a mother of a deceased US Navy Sailor, Trump does not represent her ideology or values.

Even my dad, a staunch Republican, is quiet. On holidays we watch the grace of deer and turkey in the yard with humble reverence, only to grab a gun when a coyote slinks near the house to hunt our pets. We no longer talk loudly about politics. The shoulder-nudging side-grins, while one of us spouts some inflammatory language, is lost.

While the country appears more divided than ever, I also wonder if there are other families out there like ours — those who felt that divide at one point, but now sit in silence.

Let me put it this way — we aren’t a big TV-watching family. Growing up, I didn’t look up to TV stars. Reality TV wasn’t a thing. Instead, my childhood and views reflect more of disbelief when it comes to people outside of my family. Deep down, I trust people; at least I like to think I do. But, salespersons and actors play roles. Their job is to sell a feeling to people who then buy whatever it is that they’re doing. I respect that part of their job, as I’ve done it myself. Yet, that means that on the surface, I don’t trust what they say or do.

When it comes to TV media or buying something, my trust is in myself to do the research. But, in politics, I always had a notion that the checks and balances would protect my interests and those opposing interests of my family members. I’ve held a belief that all things in life ebb and flow.

For instance, it’d be rare to hear me congratulate one person for an excellent economy. I’ve reviewed the graphs of the stock market, of gas prices, of “bubbles,” and realize that a significant number of things come together to push an economy forward or stall it. I’ve always felt it was insincere to attribute the rise or fall of the economy to one person.

After all, checks and balances combined with elected officials who either refuse to take a vote or make bipartisan efforts change outcomes just as much as the person who signs the final paper. Not to mention all the people behind that one person. At the election of a president, I didn’t usually worry about the president being the smartest person in the world or the best businessman. Because I knew they’d choose highly qualified people to help make the best decisions for our country. This, combined with checks and balances, protects us all.

Or so I thought.

Now, I won’t be disingenuous here. Neither Trump or Clinton had my vote. I just wasn’t a fan. But Trump riled me up more than others. The whole “swamp” thing feels hypocritical. After all, politics, like marketing, is a delicate balance of saying one thing into the camera or on social media, then scratching backs to make action happen.

Had Trump been a small business owner, a guy who got some start-up money by refinancing his house or taking out a loan from his 401(k), then worked his way up, I might have been swayed slightly. But, the fact is that these swamps exist at all levels. Big business and big money give you power.

Power over messages in the media. Power over workers. Control over lobbyists for our elected officials. You learn how to work these aspects to cut your tax bill and raise your stock price. All while scratching people’s backs. So, never once have I thought that Trump is in some way “different” from a politician. Instead, he, like many other big entities, has worked government to his advantage in any way he could. I knew Trump wouldn’t be “draining” the swamp. Instead, he’d replace it with those in his circle who have or could help him.

See, when you’re focused on your success, you always have the bigger picture in mind. There’s a stark difference between civil servants who take jobs for the good of the people as opposed to accepting a position in the private sector. It’s a similar trait that I’ve seen in volunteers who dedicate their lives to a cause. It’s an act of selflessness. And it appears to be rarer in those with arrogant personalities. I’m not saying it’s not possible. But, if you’ve spent 60 years putting yourself first, you don’t suddenly change to be for the people.

But, checks and balances, right? It’ll all be okay.

Looking back, I’m not sure why I thought that. After all, there are those old sayings: you are who you surround yourself with, and old habits die hard, and so on.

Let’s think about this: someone who has more than 3,500 lawsuits, including over 100 related to paying taxes, knows how to work the system. It’s a business strategy. Politico spoke with Jack O’Donnell, the former president of the Trump Plaza casino in Atlantic City, New Jersey. “It’s just another tool in his war chest. He uses it to wear people out, whether it’s financially or emotionally.”

So, I can’t help but feel slightly shocked when I hear people say that he’s for the people. As he adds hundreds of judges to the courts, do you think he’s adding people who will go against his future lawsuits? Of course not. You stack the deck for yourself and people like you.

And as much as people like to think “he’s like us,” he’s not. He’s nothing like you. He’s nothing like me. None of us is likely to make it into the top circles of life where we can afford to sue cities, states, and even countries. None of us will rub elbows with the wealthiest people in the world. He isn’t thinking like us. He isn’t thinking about us, and he isn’t making policy decisions for the people.

Love Trump or hate him, but don’t lie to yourself and pretend he’s like you. He’s not. And he’s surrounded himself by elite people who have no notion of what it’s like to live in your small town and fight for a shit job or struggle to find affordable health insurance.

So, holiday dinners are quieter this year. And it saddens me. I love the debate. The fire in my grandparents‘ and dad’s eyes as they discussed big government versus limited government and when they argued the finer points of laws or policies and how it affected all of us and our future. Because what’s going on now isn’t about the best policies for our kids and grandkids. It’s not about making our future great. It’s not about a party that thinks like us or supports us or gives a damn about us.

Instead, it’s one huge example on display for the world of how the elite uses the government to protect themselves, their children, their businesses, by controlling every aspect once protected by those delicate checks and balances.

Jessica Elliott is a Midwest-based freelance B2B Content Marketing Writer specializing in Energy, Telecom & Hospitality Industries. She is a mother and dog lover.