Time Lord Victorious: From Tennant to Smith On Doctor Who 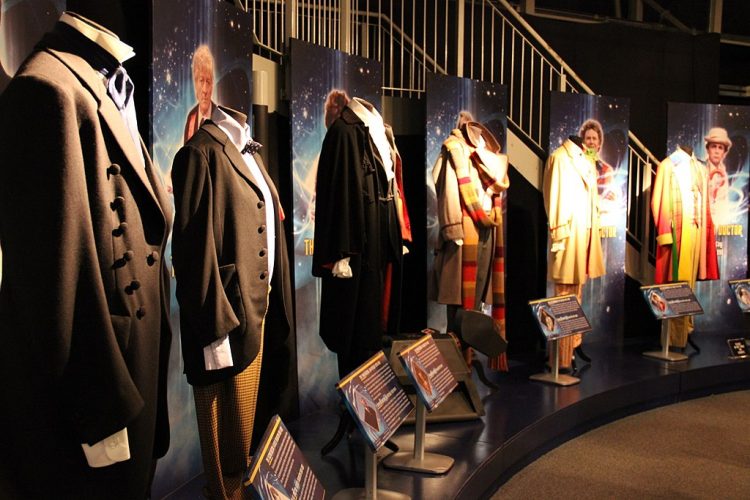 I just finished the fourth season of Doctor Who and have some thoughts.

I’ve watched the show all the way through more times than I can count and I always felt strongly about Season Four being my favorite. But for some odd reason, this time was different. I’ve been watching more intensely than ever before. I’ve been noticing ever word, every movement, every background detail. For example, in the episode The End of Time, when the woman appears to Wilfred on TV, there’s a small statue of an angel next to the TV. Such an easy to miss detail, but one that means so much. It’s not a terrifying statue like a weeping angel but rather a cuter one; so yes, the woman is reminiscent of the weeping angels, but she’s safe.

Series Four has many moments like that. So many quick glances from Tennant that show his downward spiral. So many simple lines that show who he’s becoming. All the background characters pointing out issues with The Doctor.

It goes all the way back to the Voyage of the Damned‘s Christmas Titanic episode. We start to see The Doctor changing. Or maybe he’s just being more upfront about the man he is. Seeing the brave couple Morvin and Foon perish while Rickston Slade survives, his inability to save Astrid …it changes something in the Doctor.

Tennant’s face at the end of the episode sets the stage for what’s to come, a preview only enhanced by Mr. Copper’s ominous words: “But if you could choose, Doctor, if you could decide who lives and who dies…that would make you a monster.”

Of course, then he sees Donna again, and they have a fun little adventure as if the Titanic episode didn’t matter. Let’s move on and find some fun as usual. But then we get to the episode Fires of Pompeii. At first glance, it’s just a routine episode (it has some import to Capaldi’s Doctor, but that’s an entirely different point).

This begins the arc that runs from Fires of Pompeii through to The Waters of Mars. We start with him going back in time, to a fixed point, fighting fire, after a ton of foreshadowing for this all the way back to Eccleston. He fights fire and, although the civilization dies, he saves a few people. Then we end with him going forward to a fixed point, fighting water, saving the civilization this time but at the cost of watching people die. No matter where he goes, no matter what he is fighting, he can’t win. The two episodes don’t look connected and appear very different at first blush. But, in retrospect, they mark the beginning and end of a story arc.

Now, the family in Pompeii worshipped him. They literally called him a god. This is the first time this has happened, but definitely not the last. At first it’s just kind of cute and funny; I remember liking it because while all these other families worshipped ‘gods’ they were now worshiping something they physically interacted with. But now when I pull away and see the big picture, it’s terrifying. The running stories for this season aren’t only missing planets, ‘there’s something on your back’, Rose reaching out, or ‘knocking four times’; there’s an undercurrent of the Doctor being a god. It’s more subtle and sometimes a joke, but it’s there.

One of themes the series has kept returning to since Season One was the idea of “fixed points” in time: that some things can be changed and some things can’t. Rose saving her father, for example, almost destroyed the world. But Season Four starts poking at this idea: why did going against a fixed point in time work out with Pompeii and not Mars? Why did saving people who shouldn’t have survived work once, but not work again?

Because there are no rules.

The Doctor talks about the Time Lords and fixed points, but then there’s this one throw away line: ‘it’s just a theory’. He doesn’t actually know what the rules are, and if the rules are even real to begin with. Amy makes a joke years later about how he’s just called a Time Lord, and it doesn’t mean he actually knows what he’s doing (or something similar in The Doctor’s Wife) and she’s right. Season Four shows that the Doctor really doesn’t have a clue what the fuck he is doing. He’s a madman with a box. He hasn’t learned a damn thing. And by the season’s end, he is the villain as well as the hero.

At the end of The Waters of Mars, he’s waiting for everyone he saved to praise him. After all, they did in Pompeii, right? Instead, one person runs away afraid of him and the other takes her life, not because of what happened to them, but because of what he did to them. By saving them, he destroyed them. He doesn’t understand this. Why aren’t they worshipping him as the god he so clearly is?

This season is also a great example of The Doctor being a good Dalek, something else that Capaldi comes back to. The Dalek saved Adelaide as a child because it knew better. It knew that some things were too important to mess with. It knew that, despite its entire existence, it shouldn’t kill this little girl. It probably didn’t know why, but she had to be saved. Why didn’t the Doctor see how important it was to let her be? To let her die on Mars? He’s a Time Lord. He should understand. Why cant he? Shouldn’t he be better at this than some random Dalek?

He doesn’t actually care about who he’s saved. He cares about getting what he wants, and he wants to be the Time Lord Victorious. The Time Lords are not peaceful and that includes the Doctor. Just because he’s not wearing the ‘funny hats’ doesn’t mean he isn’t one of them. The Time Lords continued a war they knew was ruining the universe and time just for the sake of being the baddest bitch. How is he any different? And what does he do after Mars? Well, if you believe the timeline I believe…he had some fun! Because that’s what the Doctor does! He plays a vengeful god and then goes off for a little adventure.

I believe The Day of the Doctor is next in his timeline. He sees himself for the first time in The Waters of Mars. We, of course, saw it building up all season long. But The Water of Mars is the first time that he sees it and realizes what he has become. He doesn’t even see this until it’s too late. But shortly after, when Matt Smith comes across him, he’s having a good old adventure hanging out with the queen, living his best, silly life. This is his pattern. Instead of learning from his mistakes, he goes and plays.

So now with The Day of the Doctor being before The End of Time is just… Wow. WOW. Tennant has to know the second he realizes who Smith is he’s never going to remember this. This isn’t the first time a Doctor has met himself and every time, the younger version forgets. Tennant knows that, at the very least, he’s about to regenerate. He’s unsure if the Ood’s prophecy is about death or regeneration but Tennant doesn’t care either way. Eccleston happily regenerated to save Rose, but Tennant considers leaving this body to mean death. Personally, I believe it’s in hopes of seeing Rose again. This is the face Rose loved him in, and the thought of losing that face, that connection to Rose, is too much. But then again he did leave her for dead to save one pretty girl, so did he ever truly love her?

At this point in Tennant’s timeline he just wants to party. At the beginning of The End of Time, when he sees the Ood, he has on the sunglasses from the Easter episode Planet of the Dead, a floppy hat and a lei (also a TARDIS with a car alarm) because this pain is all too much for him. So we can assume he’s living it up before The Day of the Doctor. Now The Doctor does one of the most important things he’s ever done … at least for himself. In The Day of the Doctor, he saves Gallifrey. Should it have been saved? Well, The End of Time tells us no. Just after he saves it, not knowing he did, still living with the pain of believing he killed his people, he kills them again. Because they need to die. They are too dangerous and who better to end them again than The Doctor? The Oncoming Storm. In the The Day of the Doctor, Smith and Tennant (and all the other doctors. Hi, Capaldi’s eyebrows) save Gallifrey. Gallifrey falls no more.

Then in The End of Time, Tennant sends them back to hell. With a gun. And the Master at his side. In this episode we are told over and over again ‘Gallifrey falls’.

What did The Doctor learn? How did he grow? How did playing God and losing over and over again change him?

Well, it made him want it more. Instead of it changing him and turning him into a softer more loving creature, he learned that if he looks like a softer, more loving creature he can get away with even more. So, all alone, full of pain and heartbreak, begging for a small reward, which according to the rules or ‘theories’, he definitely did some bad shit to get those rewards (Cough cough Rose cough cough) he dies.

And then we have Matt Smith.

The epitome of looking soft and loving while being the most vengeful and most powerful of gods, Matt Smith doesn’t talk much about the rules. Can you blame him? He’s above the rules. He’s the man who sent the Time Lords back to hell, right after saving them.