The Silence of The Mandalorian 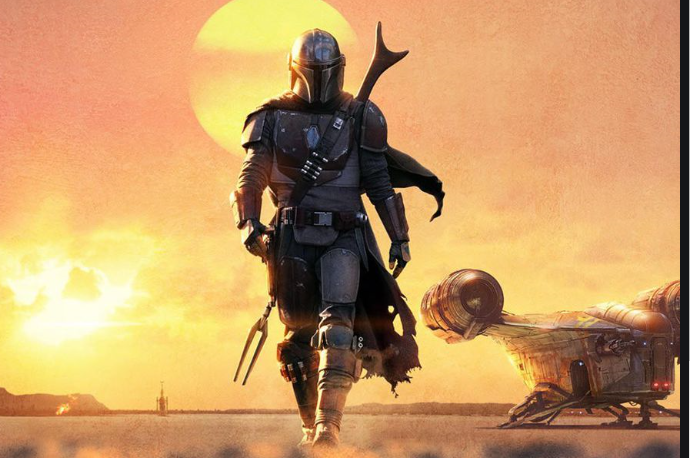 It did not take long to realize that Disney’s The Mandalorian was good. It was at the 23 minute mark that I paused the first episode just to see how much time had elapsed, so smooth and engrossing was the story and presentation.

It took longer to put my finger fully on why it was so good.

Many have pointed to the fact that being in a serial format seems to have freed up Jon Favreau and company to present the story in a fresh way. The borrowing from American westerns is apparent. Less noticeable, but there if you know where to look for it, is the call-backs to Japanese cinema and the serial story telling of early US television and film, something George Lucas himself has often remarked on as inspirations for Star Wars.

And maybe that is where the answer lies to why it is succeeding.

“Star Wars films” George Lucas explains, “are basically silent movies, and are designed as silent movies.” He goes on to tell how the music should carry the plot, the scenes and imagery telling the story more so than traditional dialogue. It’s a lesson that he applied well in the original trilogy, seemed to forget in the prequels, and is sorely lacking in the latest batch of Star Wars films. Those soaring John Williams scores with the stunning visuals are an unbeatable combination that unlocks the true power of visual arts, whether on the big screen, small screen, or phone screen. The story is the main thing, and it takes more than just writing to make it sing. Which brings us to that thing that was initially hard to specify but seems obvious now:

The Mandalorian knows when to just shut up and enjoy the scenery.

The second episode takes a good ten minutes for there to be any dialogue at all. The first is full of worldbuilding and narrative that is conveyed in actions, and hints, and expressions more than dialogue. Pedro Pascal’s lead character is given the plot device where taking off his helmet is verboten, making the nuances of physical acting all the more important. With his dialogue being a built-in monotone, the head nods and shoulder sighs are just as important as anything he says.

Fittingly, the series’ breakout star to date — “Baby Yoda” — doesn’t speak at all other than squeaks and squeals. Add in a unique score that hints at Star Wars but has a driving quality to the music-only scenes that hint more at a “Rocky” film, and the visuals are definitely driving the story with the dialogue just helping out occasionally. Which works well. With each episode of a bounty hunter series destined to be one fetch quest after another, caring about the characters in a way other than being told to care is essential.

This use of restrained storytelling is in sharp contrast to the current set of Star Wars films, the third of which is upon us. Unlike The Mandalorian, the latest trilogy has been a narrative assault, demanding the importance of characters and stories without them actually earning their right to demand anything from an audience other than brand name. The reach for epic then feels forced, the fetch quests seem distracting, and the Macguffin of each just never seems quite worthy of the three minute screen crawl that opens each film. They aren’t bad, but just good enough in a Star Wars film isn’t going to cut it. It takes confidence to do something subtle and let it grow into something great, not just go big and hope the bigness sticks as greatness. The Last Jedi sure felt that way, which is the brilliance of letting The Mandalorian be its own self-contained thing.

No doubt as it goes along their will be more call-backs to the known universe of Star Wars, but they now seem like flourishes instead of gimmicks. The confidence to just be quiet, let the title character walk into a room and establish himself, and not beat the audience over the head with overwrought narrative and dialogue. Let those sweeping shots of setting alien suns and fantastical characters chew up the eyes and minds of the viewers while the music lets them know how to feel about it all. Letting the silence speak the loudest as to how special this has the potential to be, and how the viewer is going to be a huge part of it.

That is a recipe for successful storytelling, whether as an Eastwood “man with no name” western, or a Kurosawa Samurai film, or even the silent movies Lucas spoke of involving Buster Keaton telling a story with no words. The sum of those parts and influences is letting The Mandalorian organically build a foundation to truly be something special, which is the thing the Star Wars product has been sorely lacking of late.

The Mandalorian is the strong silent type of a character. That might just be the ticket to re-ground and re-center the Star Wars franchise that has seemingly disintegrated some of the very storytelling methods that had made it so successful across generations like the Jawas who crossed our new helmet clad hero. Let him keep his own counsel, and let us in only a little at a time, and worry about just this weeks fetch quest for the Macguffin of the hour instead of trying to save the entire universe every single time. Let Baby Yoda be cute and the action be crisp.

Let it breath. Less talking, more action, the old saying goes, and in comparison to some of the dialogue Star Wars films of the past have been saddled with, this is a good thing. The Mandalorian is at its best when it does a lot with a little.

I like the action, but the use of silence — and the respect that shows the audience from the makers to keep up and stay involved — is making me love this series.

Long may it last. I have spoken.