UK Elections: The Limits of Comparisons 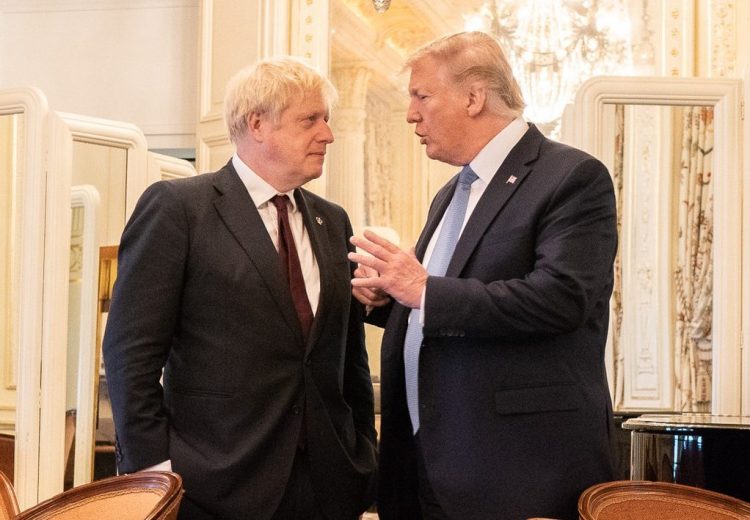 The General Election for our friends across the pond has come and gone, and there is plenty to talk about. Just make sure to slow your roll on drawing sweeping parallels to the in-progress 2020 elections in the United States:

Immediately after the polls closed at 10pm, the exit poll, which pointed to a much larger than expected Conservative majority of 86, sent shock waves through both major parties.

The shadow chancellor, John McDonnell, appeared pale and shocked when confronted with the figures on the BBC. Asked whether he and Corbyn would stand down if it proved accurate, he said: “We will see the results in the morning and decisions will be made then.”

The former mining constituency of Blyth Valley in Northumberland was an early Conservative gain, bearing out the exit poll’s prediction. It had been held by Labour since its creation and was No 116 on the Tory target list.

Scores of other long-held Labour seats, including Workington, Wrexham and Bishop Auckland, turned blue as the night went on, and by shortly after 5am the Conservatives had secured a majority.

The exit poll was updated as the night went on, and by 5am was projecting a slightly smaller Conservative majority of 74 with a 45% share of the vote, which would be the Tories’ highest since 1970.

Johnson gave his victory speech in central London in front of a slogan claiming that he would lead “the people’s government”.

He took a triumphalist tone on Brexit, saying the “miserable threats of a second referendum” were over and it was time for pro-EU campaigners to “put a sock in it”.

But the prime minister took a more humble tone towards those in Labour heartlands who voted for him and helped turn swaths of the north and Midlands blue.

“You may only have lent us your vote, you may not think of yourself as a natural Tory and you may intend to return to Labour next time round. If that is the case I am humbled that you have put your trust in me. I will never take your support for granted,” he said.

The carnage for the Labour party is apparent, and marks the end of Jeremy Corbyn, but is not confined to just them. Liberal Democrat Jo Swinson, who started the campaign leading a faction hoping to gain seats and complaining about not getting equal airtime with Corbyn and PM Johnson, lost her own along with her leadership post. With the Brexit result — if not the details — seemingly a settled matter now, the next big fight that has been simmering underneath will come to a head; the Scottish National Party gains 11 seats and now control 47 of their 59 parliament seats and First Minister Nicola Sturgeon wasted no time demanding a second independence referendum. PM Johnson still has to string together some parliamentary victories with his new majority, which should be easier now, but with no voting wins of meaning in his short Premiership he still has to make the layup to get it to count.

All that to say, things that are different are not the same, so while there are some lessons the former rebels in America can learn from the Queen’s subjects across the sea, drawing hard conclusions based off a unique election in a different government system with generational issues on the ballot is foolish. After the bombast and questionable hairstyles, the comparisons of PM Johnson and President Trump are mostly shoe-horned into whatever preferences you brought with you to the comparison. The Tories, while carrying the moniker of “Conservative” in the UK meaning of the word, are not analogous to the Republican party in America with vast and meaningful differences. Nor is Labour a perfect match to Democrats. The parliamentary system is very different than our co-equal, bicameral, two-party dominated one, and that is before you get to our written Constitution, electoral college, federalism, and a legion of other things making America’s grand experiment in a free people self-governing unique. While there are a few similar issues both nations are dealing, the United States has not had a national crisis-type election on par with Brexit in decades, and certainly not one that goes to the very meaning of national sovereignty the way Brexit does.

Go about your business today learning what happened across the pond, but most of the stateside analysis declaring that it has strong meanings for American politics should be met with skepticism, a sigh, and a chuckle. After all, we have our own problems to deal with, have to wait another 10 months before getting respite from our own electoral circus, and we won’t have Jeremey Corbyn to kick around anymore as “at least we aren’t that” as a point of rebuttal.