Thursday Throughput: I Just Didn’t Want It To Be True Edition 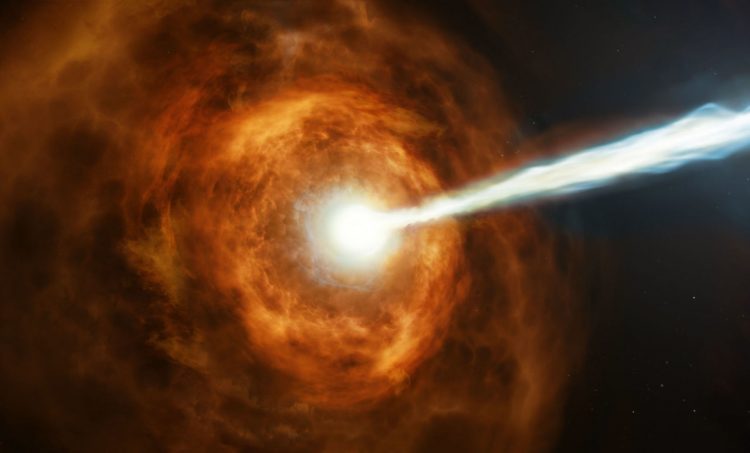 New observations from the NASA/ESA Hubble Space Telescope have investigated the nature of the powerful gamma-ray burst GRB 190114C by studying its environment. Gamma-ray bursts are the most powerful explosions in the Universe. They emit most of their energy in gamma rays, light which is much more energetic than the visible light we can see with our eyes. Hubble’s observations suggest that this particular burst displayed such powerful emission because the collapsing star was sitting in a very dense environment, right in the middle of a bright galaxy 5 billion light years away.

[ThTh1] Once upon a time, I was a climate “denier”. This would have been in the mid- to late-90s. The reasons for this were various: earlier environmental panics that hadn’t panned out; the linkage of global warming to left wing policy; my natural skepticism and suspicion. But over time, the evidence changed my view. My desire for a fair argument led to me to realize that many of the points being raised by the skeptics were inaccurate or unfair. And the evidence kept mounting. Some time around 2002, I realized that I knew the weight of scientific evidence supported it. I just didn’t want it to be true.

Ronald Bailey describes a similar journey over at Reason, detailing how the evidence slowly changed his view from skeptical to moderate to moderate alarmist. It’s a long read but I recommend it because he details just how much the scientific case for global warming has changed and strengthened over the last 20 years.

What we do about global warming is a subject about which I welcome intense and spirited debate. And I also welcome scientific debate about it as well. But it’s become clear that case that it isn’t happening or that it is nothing to worry about is growing weaker by the day.

[ThTh2] Measles kills. It kills without mercy. Samoa is being ravaged by the disease, with dozens ted, including a couple of dozen small children. The anti-vaxxers are turning their backs on one of the greatest inventions in human history.

[ThTh3] I was peripherally involved in this research, which detected some of the highest energy photons every seen from a gamma-ray burst.

[ThTh4] When our universe was young, the galaxies within it were small. Over the last ten billion years, those galaxies have merged to form the vast galaxies we see today. When they merge, the massive black holes lurking at their centers merge as well after a few hundred million years. We’ve seen galaxies in those intermediate stages, when the black holes are slowly migrating toward each other. Now we see a galaxy with three of them. Three! Three black holes! Hahahahahaha!

[ThTh5] It now looks like water may be very common on extrasolar planets.

[ThTh6] I’ve mentioned the impact that Starlink is having on astronomy already. The common response is “well, build telescope in space!” Ethan Siegel (no relation) (that I’m aware of) explains why this isn’t a solution.

[ThTh7] This is a very good style-guide to writing scientific papers:

Physicists and chemists use equations to make very complex things simpler to understand and digest. In my experience, social scientists and psychologists often use impenetrably complicated language to discuss very simple matters. I am generalising here, of course. pic.twitter.com/bfMFQU8ThG