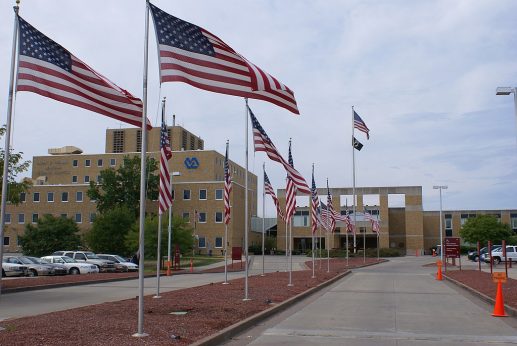 No matter your feelings on America’s foreign policy, there’s no denying that U.S. veterans honor us with their bravery and sacrifice. How well does America honor them in turn, though?

Given the number of Support Our Troops stickers and banners in this country, it’s hard to tell there’s even a problem. Many of us assume we support our troops after they return and well into their post-deployment years. However, this isn’t the case. In fact, in several measurable ways, veterans can be far worse off than the general population.

Here are three major ways we can start doing better.

According to the Department of Veterans Affairs, male veterans are twice as likely as male non-vets to become homeless. Female vets are three times as likely as female non-veterans.

Over the last few decades, the idea of affordable housing has effectively dropped off the political radar. Thanks to lobbying from real estate development companies, landlords and “concerned citizens” bearing unhelpful stereotypes about public housing, America seems more content to let people sleep in the streets, including veterans. This appears to trump taking an honest look at what affordable housing for all could really look like.

The idea of keeping a share of the country’s available home and apartment units in a social housing sector, protected from rising rents and other pressures, has delivered significant dividends in other countries.

Vienna began making investments in social housing back in the 1920s. In fact, every West-European country has implemented social housing programs in some way. As a result, American tourists are frequently gobsmacked by two things: the almost complete absence of homelessness in cities with subsidized housing, and how rare it is in other countries for citizens to put more than half their income toward rent.

There are around 1.5 million veterans in the U.S. who are overpaying on rent. However, cities like Phoenix have managed to “end chronic homelessness among veterans” with smart investments in affordable housing.

2. Protect and Improve Medicaid and Medicare

The House Committee on the Budget recently released a report on the likely impact on the White House’s third proposed budget. It outlines what the committee calls “destructive cuts” to many of the public programs veterans rely on for a decent standard of living and even for survival.

As the House committee notes, the White House’s third budget called for “adequate” funding of the VA. Unfortunately, the VA isn’t the only institution that provides health care to service members. Around half of all U.S. veterans receive coverage through the VA. Meanwhile, some 1.8 million veterans, or one in 10, rely on Medicaid to meet their health care needs. More than half of all veterans — 9.4 million — rely on Medicare.

The same budget that “adequately” funds the VA simultaneously proposed a $1.5 trillion cut to Medicaid funding. It also calls for withdrawing around $500 billion from hospital allocations and other systems that make Medicare work.

No nation that claims to Support Our Troops should pull the rug out from under them like this once they return. It’s not just physical health issues, either. Around 20% of veterans who return from service with PTSD also have a substance use disorder. Mental and physical health must become a higher priority in the U.S. — especially for those who’ve served our country.

There are around 40,000 veteran nonprofit organizations in the United States. Almost three-quarters of these report $100,000 or less in revenue each year. Moreover, for every $1 spent on veteran outreach by nonprofits, the VA spends $50. Mathematics like this helps prove why sending care packages alone isn’t going to solve the issue of neglected veterans in the U.S.

The problem with funding veterans programs isn’t that there’s no money to be had. It’s that it’s fragmented and spread across redundant organizations trying to bring a local focus to a nationwide problem. This is not to say that veterans-focused charities shouldn’t exist — but they should meet practical needs that can’t be addressed by properly funding government programs like the VA, Medicare, Medicaid and others.

For instance, some charities focus their efforts specifically on equipping and training veterans with dreams of entrepreneurship. Other examples include charities that connect veterans with opportunities to return to school or finish their degrees. Giving to these charities isn’t a duplication of effort, the way it is with others.

Our charitable efforts should complement publicly owned social programs rather than compete with them. Moreover, potential donors who want to give money to a worthy, veterans-focused cause should look for charities with lean and robust business models. Which ones use multiple technology channels to communicate or solicit donations? Which charities have reduced their need for property or other expensive assets?

Care Packages Help, but There’s More Work to Do

Having said all this, the Department of Defense keeps a list of preferred charities that help deliver care packages to veterans. Make no mistake: Some of the items on this list are things most of us take for granted, but can be godsends during active deployment or after the soldier has returned from duty.

Until you’ve gone without new socks, deodorant, toothpaste, soap, cold-weather clothing or other personal necessities, it’s hard to appreciate the impact it can make on a deployed soldier or a veteran who’s returned home but is struggling to find work.

Nevertheless, the above is proof that funding efficient and popular programs like Medicare and Medicaid, and investing in community infrastructure and housing, could go much further than most of us realize. It might even bring us one step closer to a world that doesn’t need care packages.