Briefly, on the STEM vs Humanities debate 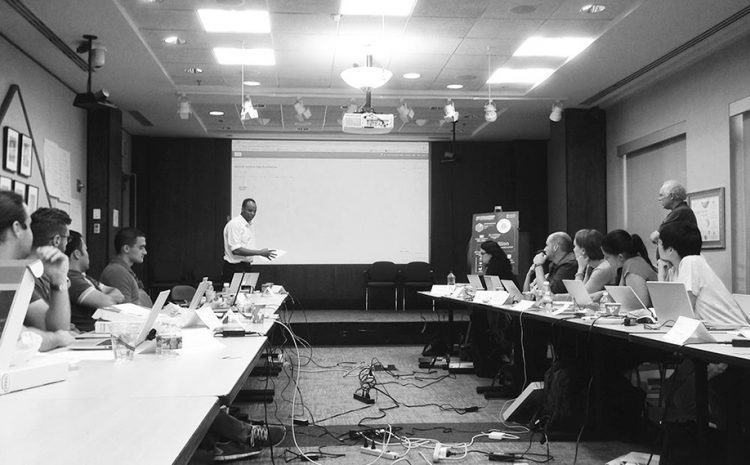 Photograph of Adé Olufeko lecturing on the use of wireframes for research to selected PhDs and postdocs at the American Chemical Society during its summer institute in 2015. Photo via Wikimedia Commons

Every so often, a viral tweet, such as the one below, goes around Twitter taking aim at STEM disciplines and people who work within them. Generally, when these debates arise, people will take either the Humanities or STEM side. Having done an undergraduate degree in the humanities (history major) and then transitioning into IT a year ago, I’m able to see both sides of the debate. From my perspective, the binary nature of the debate is somewhat perplexing, as both fields are increasingly integrated and complementary of another.

A focus on STEM and the constant shit talking of liberal arts is going to create a generation of tech psychopaths that have no understanding of how the world works. https://t.co/VbkxUJwPZN

In reference to the quoted tweet at the beginning of the article, I also disagree with the idea that people in tech inherently have no idea about the humanities. Much of the time, particularly among more partisan Twitter accounts, this is a shorthand method of dismissing people of a different political persuasion or worldview. Particularly aggressive comments such as there being a generation of ‘tech psychopaths’, as the quoted tweet suggests, strike me as projection and insecurity more than anything.

It’s one thing to be critical of some of the excesses of say, the culture around some tech startups within Silicon Valley. It’s quite another to suggest that there’s something inherently wrong with people who work within STEM disciplines.

In my (admittedly) limited experience, I’ve found that, at least within my degree, a concerted effort has been made for a ‘bigger-picture’ look at the discipline, well beyond mere technical skills or problems. Similarly, a majority of the people I’ve worked alongside with and spoken to within the industry are aware of the dangers of an overly narrow focus on STEM and how people with a Humanities education can positively augment the work which they do. While there’s likely not ever going to be a balance that’ll make either side happy, I do genuinely believe there is a growing awareness from people within STEM disciplines and industries as to the benefits of a Humanities background. This is anecdotal evidence, of course, but I certainly haven’t found my background to be a detriment so far, at least.

It’s likely that at this point both sides are firmly entrenched in their positions and that commentary such as mine will likely not persuade anyone to change their minds. I do hope, however, that I’m able to make people reconsider whether the idea that people within STEM disciplines don’t value the humanities is as strong as they assume.