An Instant Coffee Life: From Juan Valdez to Jean-Luc 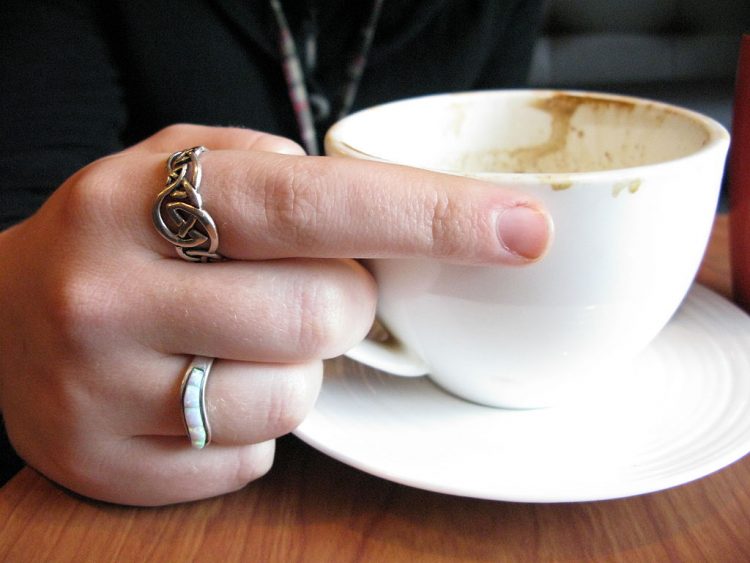 Photo by Alayna the Extravagant via Wikimedia Commons

Most children believe in Santa Claus. I believed in Juan Valdez from the Colombian coffee commercials.

As a little girl, I would sneak croissants from the breakfast table and leave them on a plate outside the pantry, in hopes that someday I would open the pantry, and ¡Hola! Señor Valdez would be hiding in there with his trusty mule, Conchita, with a cup of Columbian coffee and a cheery “Buenos Dias!” I even learned Spanish in hopes of conversing with my favorite coffee grower and arriero. Bear in mind that I was an impossibly spoiled three year old growing up in Huntington Beach, California. Anything seemed possible-including a coffee break with Juan Valdez.

I was sadly disabused of that notion when I was around six. But a far more influential coffee ad campaign was about to come into my life : The International Foods coffee commercials. If you ever want proof that advertising corrupts small children for life, I genuinely thought that when I grew up, I was going to drink International Foods Café Suisse Mocha and Café Vienna and wear tailored white slacks and mohair sweaters and have an exotic boyfriend named Jean-Luc.

Then came the Taster’s Choice commercials. God bless the suits at McCann-Ericsson for creating the “best are-they-or-aren’t-they” anticipation in advertising history. 30 seconds was all it took to get my pre-teen self sucked into a soap opera level of racy innuendo. I didn’t even know what an illicit affair was, but dammit, I intended to have one. And with a foreigner with a sexy accent.

In 1998, the final Taster’s Choice commercial aired. We never knew what became of the couple. Were they going to live happily ever after? Was their love a stormy sea with broken hearts bobbing around like so much flotsam and jetsam? There are few TV shows that I miss from my childhood-they were merely half hour filler between my beloved coffee ads. (Cue “After The Love Is Gone”) I had no choice: since I had no more glamorous coffee commercials, by God, I was going to BE the glamorous coffee commercial. As I grew up, the vast majority of my questionable fashion choices and even more questionable foreign boyfriends can be attributed to my bizarre obsession with tailored slacks and Jean-Luc.

My passion for powdered instant coffee bewilders, if not downright offends, the majority of adults I’ve encountered in my life. Especially the lovers from foreign countries. They grew up with French presses and coffee houses on every corner. They grew up with grandmothers who possessed the masonic secrets behind Turkish coffee. Coffee was a way of life, a gathering of family and friends.

I don’t come from those kind of people. My ancestors performed backbreaking labor in coal mines, manufacturing plants, and construction sites. My grandmother didn’t have time to make a perfect cup of coffee for her man. She worked days, and my grandpa worked nights to put 5 kids through parochial school. Folgers Instant was the order of the day or night. No muss, no fuss. Put a tablespoon of coffee crystals in a cup, pour boiling water in, and voilà! A cup of coffee. Not good coffee, mind you, but who cares? It’s caffeine.

I don’t know how to use a coffee maker to this day. Maybe brewed coffee tastes better, but the work involved and my irrational terror of percolators precludes me from that pleasure. Coffee makers are annoying, high maintenance, and require cleaning with foul smelling vinegar that assaults my poor nostrils. And the glass pot is so freaking sensitive that if I even glance at it cross-eyed, it shatters on my poor defenseless countertop.

I have been told I should get a Keurig. Have you SEEN the price of K cups? My family grocery budget does not allow for that kind of luxury. Also, the single use K cups are wasteful. Just give me a 16 oz jar of Folgers Instant or Café Bustelo. I’ll have coffee for the next six months for less than seven dollars. And even better, a tin of International Foods Café Suisse Mocha only costs $3.47. I can buy two tins for what one damn macchiato costs at Starbucks. Screw the coffee snobs: they don’t buy my coffee or operate a coffee maker on my behalf. And if instant coffee was good enough for my great-grandma, my grandma, and my mom, then it’s certainly good enough for me.

Coulter is an election official and election security advocate in Florida. She is @ElectionBabe on Twitter.