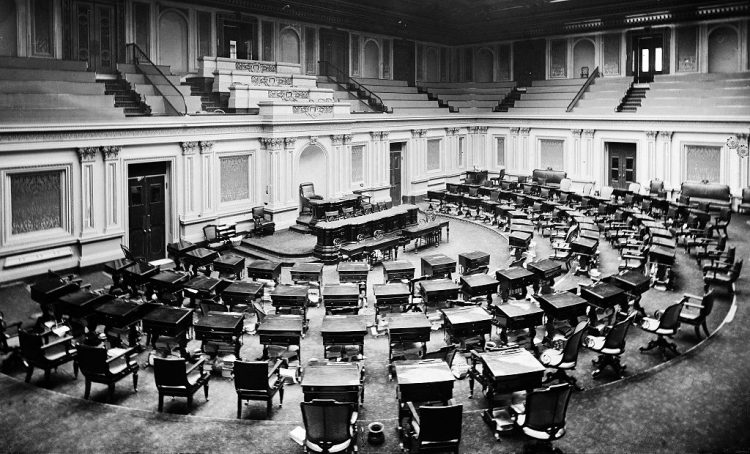 As the impeachment saga unfolds in Washington, emotions are running high. But that doesn’t mean there is any excuse for saying something like this:

This is a despicable thing to say; an incitement to violence screamed before an applauding audience. I can’t believe any supporter of Trump would … oh, wait. I’m sorry. I garbled the quote. Here’s the real one:

Those were the words uttered by Alec Baldwin during the 1998 impeachment of Bill Clinton.

Republicans saw Clinton as an illegitimate President: a womanizing draft dodger who never won a majority of the vote and was only elected the first time because of Ross Perot (a false belief, BTW). They saw his election as being the result of electing too many squishy moderates and a signal that they need to move Right. And they were out to get him from the day he took office. They were helped in their effort to remove him by the President’s ridiculous tendency toward corruption and deceit. The Whitewater investigation resulted in 40 felony convictions, including his closest business partners and his lieutenant governor. Even the investigations that didn’t result in charges — cattle futures, Filegate, Travelgate — revealed slimy behavior. In the end, the impeachment wasn’t just about the Lewinsky matter; it was about a slew of awful behavior. And, in the end, no one doubted that Clinton had lied under oath, suborned perjury and obstructed justice. The Democrats just didn’t think he should be impeached over it.

Trump is also seen as an illegitimate President: a womanizing draft dodger who never won a majority of the vote and was only elected because of a quirk of the Electoral College. Many Democrats think his election is a result of being too moderate and a signal that need to move Left. They have been out to get him from the day he took office. They have been helped in their effort to remove him by the President’s ridiculous tendency toward corruption and deceit: he’s paid out over $20 million to settle fraud claims against his university and foundation and five of his campaign officials are now convicted felons. Even the investigation that didn’t result in charges — the Russia collusion — revealed slimy behavior. In the end, this isn’t just about Ukraine; it’s about a slew of awful behavior. And it’s become very obvious that he abused the power of his office to go after a political opponent. This isn’t even a question any more, no matter how much his supporters are trying to muddy the waters.

Yesterday was the first time I’d had the ability to actually listen to the impeachment hearings. And what jumped out at me is that there is really no doubt that Trump did what he was accused of. Not really. The Republicans didn’t even try to question the narrative on Ukraine. Most of the time, they were giving diatribes, hoping to get a few seconds of their ranting on Fox News. But on the rare occasion that they asked actual questions, they went after the witnesses’ integrity and motives. When this comes to a vote — and it will — I don’t expect them to question whether Trump did it at all. I expect them to rant about the Deep State before saying that it’s not impeachable. And I expect the Democrats to solemnly intone about the awesome power of the Oval Office and say that it is.

Look, I’ve laid my cards on the table already: I’m with the solemn intoners about the rule of law. And I was them in 1998 as well, when they had a different letter after their names. That doesn’t mean I think the Democrats truly believe in the rule of law and the sanctity of the office (their performance in the hearing was only marginally better). Nor do I accept the Republicans truly believed in 1998. It means I recognize both as a means to an end: a way to wave the flag of decency, however cynically, and impeach a corrupt President.