School Lunch: Remember When “Hungry for Knowledge” Used to Be A Metaphor? 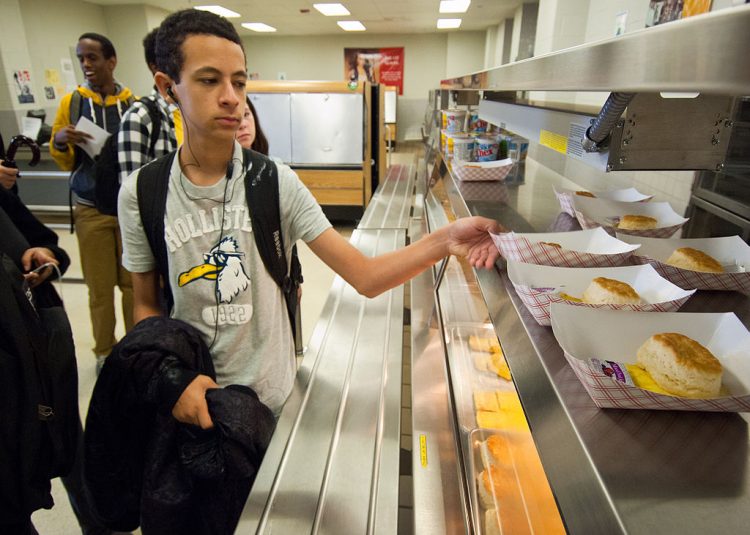 Maybe this has been going on for a long time. Maybe it’s just recent. But it seems like more and more, I’m seeing stories like this:

A New Jersey school district on Tuesday evening plans to discuss whether to strictly enforce their policy of denying food to students who are more than $20 in lunch debt.

The policy has been on the books since 2017, when the district wiped about $25,000 of students’ lunch debt and allowed everyone to start with a balance of $0, according to district Superintendent Joseph N. Meloche.

A boy from Ohio had the “worst birthday ever” after his school lunch was taken away because of an unpaid balance on his account.

Jefferson Sharpnack told his grandmother, Diane Bailey, that he was denied his lunch tray when he went to check out. Instead of getting the cheesy breadsticks he had picked out, he was given a piece of cheese and bread by the lunch staff at Green Primary School in Uniontown, Ohio.
It all happened on his ninth birthday, in front of other students in the lunch line, because of a $9 debt, according to Bailey.

As many as 40 students in the lunch line had their hot lunches taken off of their trays, thrown in the trash and replaced with a cold lunch when a lunchroom staff member at the register saw that they had outstanding lunch debts of more than $15.

The logic behind these ridiculously petty and cruel actions goeth thusly: if we just let lunch debt accumulate, it will never be paid off. There has to be some enforcement mechanism to make parents pay for their kids’ lunches (and these appear to be students who are not poor enough to qualify for free lunches). The only alternative is anarchy, where people pay if they feel like it. And that’s unfair to the parents who do pay their lunch bills.

While I understand that logic, I think that making children go hungry or putting them the ritual humiliation of having a “pauper’s lunch” is not a great way to enforce the rule. The children haven’t done anything wrong and we’ve long since passed the time where children were punished for the sins of the parents. Moreover, it’s not entirely clear that the parents are doing this maliciously. Many school systems now use online payments systems. And even I, a massively online person, have occasionally forgotten to turn on the autopay feature and received negative balance warnings from the school (on at least one occasion, because they changed billing companies).

It seems to me that there’s an obvious solution here: make school lunches free for everyone.

It may seem to odd to hear a self-professed conservative/libertarian take that position. But the rationale behind making students pay for their lunch crosses me as even more bizarre. Public schools provide a “free” education to students to that is worth, depending on your district, $10-20,000 per year (although, to be fair, retirees and administration eat up some of that). By what logic is adding a $4 lunch on top of that the birth of communism?

Moreover, I’m not sure how much money is actually being saved by making students pay for their lunches. In a school with a thousand students, 180 days a year and $3 a lunch, paid lunches will bring in about half a million in revenue. But even that comes with costs as most payment programs are run through third parties who take their cut. And the programs are administered by school employees who do not work for free. How much extra income is this actually generating for the school once you account for that? I suspect very little.1

I’d honestly rather pay a small increase in my property taxes than see any more kids go through this ritual humiliation. It’s not worth it.

Bernie Sanders has proposed expanding the federal free lunch program to cover everyone. The program currently covers about 40% of school kids at a cost of about $18 billion. Finding another $30 billion would not be easy (although it’s peanuts compared to everything else Bernie is proposing). But perhaps a combination of local and federal funding might work. In the end, with $700 billion already being spent on public school education, I see no reason why we can’t figure out something. Because whatever we’re doing right now isn’t saving us a lot of money but is racking up lots of awful headlines.