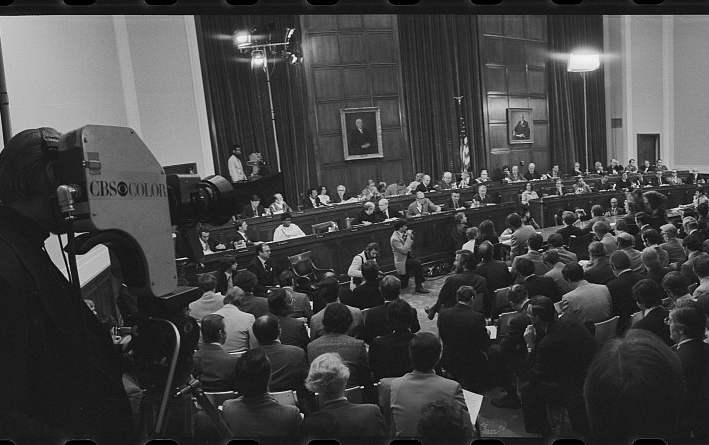 The first public hearings in House Democrats’ Impeachment inquiry are set to kick off today in the House Intelligence Committee.

The House impeachment inquiry is set to burst into public view on Wednesday, as two key witnesses who raised concerns about efforts to pressure Ukraine will testify in the first open hearings of the probe.

Bill Taylor, the top diplomat in the U.S. embassy in Ukraine, and George Kent, the deputy assistant secretary of state for European and Eurasian Affairs, will appear before the House Intelligence Committee to face questions from lawmakers and committee staff.

Both have already testified behind closed doors, and told members about they became increasingly alarmed that a delay in military aid to Ukraine was tied to the country launching investigations that would benefit the president politically.

Who is Bill Taylor?

William Taylor is the top U.S. diplomat to Ukraine, the chargé d’affaires. A West Point graduate and former U.S. Army officer, he earned a Bronze Star for his service in Vietnam, and has been a public servant for more than 50 years.

He has served in a variety of diplomatic roles under presidents of both parties, including a stint as the U.S. ambassador to Ukraine from 2006 to 2009.

In his closed-door testimony in October, he said U.S. aid to Ukraine had been explicitly tied to Ukraine’s willingness to investigate Mr. Trump’s political rivals. He also spoke of an “irregular channel” of policymaking including Giuliani, Energy Secretary Rick Perry, U.S. Ambassador to the E.U. Gordon Sondland and Kurt Volker, special envoy to Ukraine.

According to Taylor, there was a concerted effort by what he referred to as this “irregular, informal channel of U.S. policy-making” to pressure Ukraine to commit to opening investigations into unproven allegations of Ukrainian interference in the 2016 U.S. election, as well as into the gas company Burisma.

​Who is George Kent?

George Kent is the deputy assistant secretary of state for European and Eurasian affairs, overseeing State Department policy toward a number of countries, including Ukraine.

A longtime diplomat, Kent served as deputy chief of mission in the U.S. embassy in Kiev from 2015 to 2018, according to his State Department biography. He previously worked on anti-corruption State Department initiatives in Europe.

Kent provided closed-door testimony echoing Taylor’s statements to Congress. He said three officials had declared themselves in charge of Ukraine policy in May: Gordon Sondland, Kurt Volker and Rick Perry.

Kent also said Giuliani had engaged in a “campaign of slander” with no basis in fact against U.S. Ambassador to Ukraine Marie Yovanovitch.

Live stream of the hearings is available here from CBSN.com

Discuss all the days events with the Commentareum here at Ordinary Times.