Starting tomorrow, we will be featuring a different sort of Clare Briggs cartoon. Everything we have shown so far has been from his time at the New York Tribune. His earlier strips at the Chicago American. There is one recurring strip, Danny Dreamer, and another more general one that doesn’t have a name which I will be filing under “Chicago Chronicles”. The format of these comics does not come out as cleanly as the Tribune ones, so they will be appearing without the right and left sidebars. That saves you from having to zoom in and being able to read them straight. As of right now they will be appearing on a fill-in basis for weeks where I need to move things around. 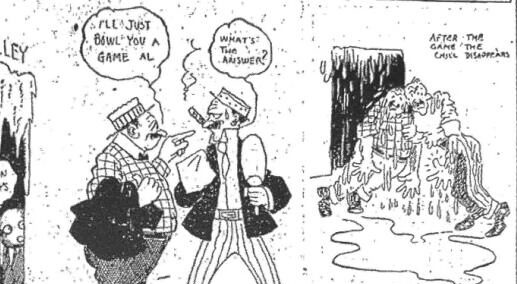