Vanity, Thy Name is Anonymous 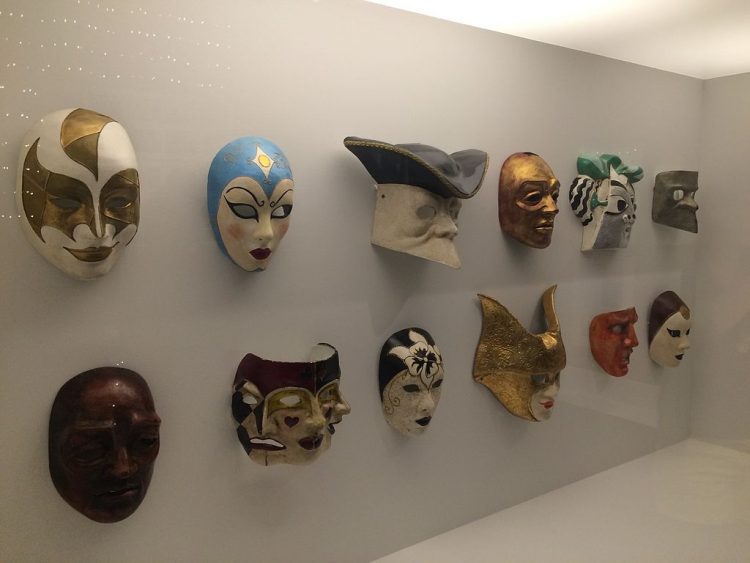 Here is a book premise so ridiculous that only the amoral primordial soup of American politics in the Year of Our Lord 2019 could incubate, give birth to, and sustain it: a nameless, faceless “senior Trump administration official” writes the forebodingly titled “A Warning” and actually gets it published.

The 259-page book — which was published by Twelve, an imprint of Grand Central Publishing/Hachette Book Group, and goes on sale Nov. 19 — does not re-create many specific episodes in vivid detail, which the author writes was intentional to protect his or her identity.

At a moment when a stream of political appointees and career public servants have testified before Congress about Trump’s conduct as part of the House impeachment inquiry, the book’s author defends his or her decision to remain anonymous.

“I have decided to publish this anonymously because this debate is not about me,” the author writes. “It is about us. It is about how we want the presidency to reflect our country, and that is where the discussion should center. Some will call this ‘cowardice.’ My feelings are not hurt by the accusation. Nor am I unprepared to attach my name to criticism of President Trump. I may do so, in due course.”

This is the second splashy dispatch from, allegedly, the administration insider. The first being a much ballyhooed New York Times op-ed last year, which had many of the same themes of “resistance from within.” The book, however, notes a change in Anonymous’ perspective since then:

The author’s Sept. 5, 2018, ­op-ed in the Times, headlined “I Am Part of the Resistance Inside the Trump Administration,” depicted some senior officials as a bulwark protecting the country from the president’s reckless impulses. Trump denounced it at the time as treasonous.

In the book, the author repudiates the central thesis of the column: “I was wrong about the ‘quiet resistance’ inside the Trump administration. Unelected bureaucrats and cabinet appointees were never going to steer Donald Trump the right direction in the long run, or refine his malignant management style. He is who he is.”

There are times, places, and circumstances in which anonymity is something that should be respected and protected. But for someone with enough connections and stroke to get a NYT op-ed and a book deal with a major publisher, not to mention lots of free media on news networks, the idea of remaining nameless for the sake of keeping them embedded in an administration that, according to the unknown wannabe hero, they are really, really trying to make less bad, is laughable.

Put your name on it, coward, or shut up with your self-aggrandizing, passive-aggressive hero quest.

Real people are having their lives changed forever right now in a multitude of ways by the machinations of our government. With seemingly endless investigations and an impeachment inquiry going, plenty of folks are getting dragged in front of committees, cameras, and the wider world over things that involved their jobs. There are going to be many more. And most of them never asked for such notoriety, and certainly did not ask for consequences that may come with it. Career diplomats, military members, staffers, and others mostly operate under the premise that if their names are ever out in the media it is a bad thing, because bad things would be the only occasion they would be. In a hyper-politicized environment of an impeachment inquiry, you can crank that up to 11. While some no doubt have political or self-preservative motives for how they will conduct themselves, they don’t get the benefit of a media phalanx protecting their identity while boosting their message.

Not that the message is anything new. The splashy headlines of “25th amendment!!!!” is social media fairy dust that is sprinkled on folks for effect, but like trying to fly in Neverland, the fairy dust only works on those who really believe it and hold on to a happy thought of the president magically being removed from office without them having to actually do anything more than wish it to be so. Every one else just sees it for the glittering nonsense it is. Anonymous writes a lurid tale of all sorts of horrible things that might be true about the president, or might not be true, but of course we cannot make that judgement because us lowly folks are to just buy the book and not ask what is above the cloud line on top of Mt Moral Turpitude that this tome of wisdom was handed down from.

Anonymous isn’t saying anything new, other than contradicting their supposed purpose in remaining both anonymous and in the administration of making the most of it. Ineffective by their own admission at changing anything in a White House that is ostensibly so messed up they just had to run to the New York Times and Hatchette Book Group to tell the world how, despite that ineffectiveness, they were doing God’s work of upholding democracy through their sheer awesomeness of objecting and use of words, isn’t a compelling argument. If by their own admission they cannot effect change, why continue the charade?

Because the charade doesn’t work without the “senior administration official” badge on it. The mask is the point. The mask makes sure none of that individual’s own characteristics are called into question. Nameless and faceless, they can just reflect everything wrong with everyone else: the president, the administration, and anyone who dares detract from them. And of course, the true payoff for bravely hiding is the big reveal in the future so all can marvel and applaud and lavish praise on how heroically Anonymous hid in plain site and deigned to bless us all with their startling insight and moral high ground.

To hell with that.

Support the president, oppose the president, do whatever you feel; it is, at least for now, still a free country. But put your name on it, or go through the proper channels to report wrong doing anonymously as is provided to all government officials.

Fortunately, most people — even many of the president’s most fierce detractors — are denouncing this circus of nonsense. If Anonymous wants to be someone that matters in the unfolding drama, they need to come forward and put their name to it. Anything short of leaving the administration out of principle negates the carefully staged and crafted rollout of the brave voice on the inside crying out, revealing the whimpering, begging-for-attention-for-doing-nothing-constructive that it is. Without the moral convictions to stand by their words, and take the consequences of those words whatever they might be, Anonymous should be relegated to the dustbin of history.

Which is where this book will go to quickly, forgotten and not worthy of mention when put against all the names, faces, and stories of the people with actual skin in this game.

Long may Anonymous be just that if unwilling to stand up and put their name, honor, and fortune to their claims. A nameless, faceless nothing.