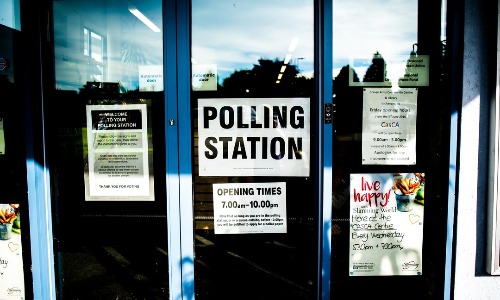 There were several notable election last night, meaning there is reaction — and overreaction — this morning:

Democrat Andy Beshear has declared victory in a tight race for Kentucky governor, but incumbent Gov. Matt Bevin says he will not concede – at least not yet.

With 100 percent of precincts reporting, Beshear had a lead of 4,658 votes out of more than 1.4 million counted, or a margin of 0.3 percentage points.

Republicans won many races across the board in Tuesday’s election.

A Democratic trifecta in Virginia

Democrats cemented a new reality in Virginia on Tuesday: For decades a Republican stronghold, and then a swing state, the commonwealth is now controlled by Democrats.

The party won majorities in Virginia’s House and Senate, gaining full control of the state government for the first time in two decades.
The victories put Gov. Ralph Northam and Democrats in the legislature in position to pursue a progressive agenda — including gun control measures, which a majority of Republicans had blocked, and a higher minimum wage.

With the “trifecta” of the House, Senate and governor’s office, Democrats will also control the redistricting process after the 2020 Census, drawing the new maps for congressional and state legislative districts.

That was a key focus for the party in the wake of state-level losses during former President Barack Obama’s administration. Each trifecta represents a foothold that can be used to bolster the party’s ranks in Congress and to cement their status as the majority party in statehouses for another decade.