Hey Man, I Need a Solid… 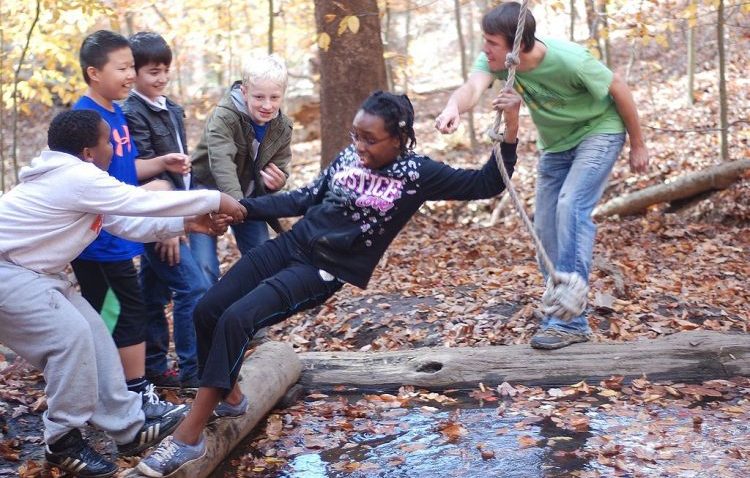 This question is usually asked by someone who already knows the answer is no but thinks that they are being polite by asking nonetheless. Inevitably, the answer to this question is always yes. It is one of those little white lies told throughout the day to maintain an even keel. The person asking knows the answer will be yes too. Even if you are seemingly knee-deep in something at that very moment, unless you are a straight-up prick, you will stop what you are doing to accommodate this person and their inquiry and they know it.

Sometimes it is innocuous, like the “Quick question” or “Can I borrow this.” Many times, however, the simple “Are you busy” is intrusive and ill-timed.

We have all been there. Right in the middle of a thought or in the process of carrying out a project when someone saunters up to you with that look on their face that says “Hey, I need to speak to you.”

Sometimes it happens right in the middle of a conversation you are having with another. The “I need a favor” guy stands there until you stop your conversation and acknowledge him. The worst just step right in. They either interrupt with “Excuse me” or just flat-out address one of the members of the conversation directly, cutting in and dismissing others involved in the discussion. Usually they will do this without a clue as to what the actual subject matter was that they felt could be paused to accommodate their query. It is the epitome of rudeness.

Don’t get me wrong, I understand there are circumstances where this type of disruption is warranted. The building is on fire is one, they are towing your car is another. Unfortunately for you, the conversation interloper usually assigns the same requisite urgency to his intrusion on your day, no matter what his subject may be.

Being able to deal with interruptions is a valuable skill. Multitasking or being able to adapt to the small fires that flare up during the day takes patience and the ability to assign a level of importance each task put in front of you to accomplish goals.

Staying organized is elemental when it comes to being able to deal with interruptions. The ones that do not are the people that seem to come to you with a question at the most inopportune time.

They may need an answer at that very moment or whatever it is they are doing will collapse upon them like a ton of bricks. The report they need to turn in, the one they had a week to complete, is due in five minutes and it is imperative that you drop everything you are doing and bail them out. By doing this they pull you into their ineptitude. They take you off your game to save themselves from their procrastination and lack of focus. It does not matter to them that your efficiency will suffer due to their maladroitness. They have a report to turn in.

Being polite is one thing. Being taken advantage of because of being polite is another. The majority of people out in the world appreciate politeness and will recompense in kind.

“Can you do me a favor” asked the right way by the kind of person you know really means it goes a long way in how you feel about the request. There are people in my life that I would take a bullet for. Ride or die. I do not care what I am into at the moment. If they need me, I am there. This is because I know they are sincere, that if the roles were reversed they would do the same for me, no questions asked.

The flipside to that coin is the type of individual that abuses the idea of politeness for personal gain without regard for the true spirit and intent of courtesy between two people.

This is a person who expects civility even though he rarely reciprocates. They will interrupt a known polite person without consideration, doing it knowing they will be met with altruism by that person, no matter how out of context or intrusive their disruption. This takes advantage of the relationship between the two. This also leads to the inevitable mutter of “asshole” made under one’s breath after the encounter is complete and the indecorous one has exited the area.

We are interrupted in all facets of life. Some more severe than others. Television commercials, telemarketers, flat tires, forced updates, rain delays, rudeness… The list is long.

The key to dealing with these impingements is to understand that they are temporary, always keeping that in mind when politeness is tested by interruptions, whether hackneyed or presumptuous. Yes, they may alter the trajectory of one’s day from time to time but know that they too shall pass and you will be able to settle back into the task at hand eventually.

I cannot count how many times during the previous week that I was interrupted. It was an unusually difficult stretch. As the days plodded along my legendary sarcasm intertwined with my politeness as I dealt with some who interacted with me, in and out of work. In the end though, the trains all ran on time for the most part, flare-ups were quenched and favors were granted successfully.

I learned during my eleven-plus year stint in public service that when a constituent took the time to ask for my help, even if it was at the expense of my personal time, I treated their issue with the utmost importance, no matter how insignificant it might seem to others. Whether it was the cat in a tree type call or my neighbor is selling drugs call. To the constituent, their issue was of paramount importance to them and I respected that fact.

With that type of mindset, I found that I was successful in helping to solve their problems more often than not, even when they interrupted something that I felt was important to me at the time. I sometimes reflect on those days when faced with the “Hey, got a sec” guy presently.

Interruptions in life are as inevitable as the setting sun. Truly, they also share the same nuances when it pertains to how they present themselves to you. Some are straightforward, others can be multi-faceted. It is up to you to interpret the meaning of each.

Tags: CivilityCommunityHelppolitenessThere's One In Every Office