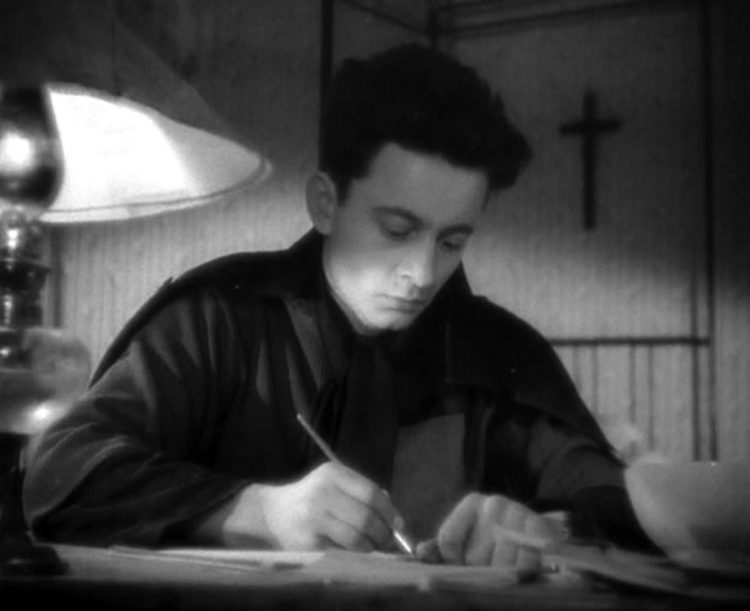 One of the things that guides my decisions about what works of art to dig into is simple curiosity about how art is constructed. With movies and books, I’m often wondering how do stories work? How do they keep us engaged? Where do they start? Where do they end? Why are some more compelling than others? What are some general tricks of the trade?

This week, I plunged into the films of Robert Bresson and read the final novel by Hubert Selby Jr., both of which confirmed two general principles I’ve come to believe over time:

First, I read Hubert Selby Jr’s final novel, Waiting Period, the kind of book you recover from rather than reflect upon. In fact, I’m not entirely sure what to make of it, and maybe I don’t want to know.

Selby Jr’s great talent was mimicking the internal monologues of doomed and very marginal people. Not always nice people- actually, some very reprehensible people appear in his fiction, but all of them are people who are suffering and trapped in their illusions of release. Requiem for a Dream, which I read not so long ago, dealt with different types of addictions and addicts whose dreams were corrupted from the start. Selby said the requiem was for the American dream, which he considered an especially powerful illusion. The most devastating aspect of that book, and of Last Exit to Brooklyn for that matter, was how every time one of the characters gained a smidgen of insight into their condition, they immediately sunk lower into their delusions. Reading those books was like watching roaches writhing in a glue trap and feeling great sympathy for them; his work is both humane and gutting.

Which brings us to his final novel, Waiting Period, in which we are almost completely submerged in the boiling mind of a lonely engineer whose mental anguish drives him to attempt purchasing a gun in order to end his life. By a twist of fate and a computer glitch, his purchase is delayed and, in the interim, he decides he would be better off killing the people who have made life miserable, starting with the Veteran’s Affairs official who denied his claim. And so, he begins brewing up a batch of e-coli using information gleaned from the internet. Things proceed from there.

What makes the book terrifying is how believably its chain of events plays out and how logical the narrator’s thoughts actually are. As much as we, hopefully, disdain murder, he makes a plausible case for killing the heartless bureaucrats and unrepentant Southern racists that actually have the power to ruin people’s lives- weak people like himself- and he follows through on his convictions. There are no detectives on his trail, thriller mechanics, or third act plot twists. The only relief Selby Jr. provides us from the rambling thoughts of a mind running white hot are occasional italicized comments praising the man for believing in his vision. Killing others has changed his life and, for a time, eased his suffering. As in Selby’s earlier books, the central character’s vision is purely delusional, but this time the writer really places a lot of trust in the reader to see through that. It’s a deeply unsettling book. I didn’t “enjoy” it exactly, but I can’t imagine I’ll forget it.

Almost as a palate cleanser, I watched a very different vision of a lonely man in pain: Diary of a Country Priest, by Robert Bresson.

I’d been meaning to dig into Bresson for a while, and I actually watched six of his movies this week. These films struck me with the force of revelation, although I seem to be at an age in which many things strike me with similar force; perhaps, it’s a variant on the midlife crisis. They are simple and unadorned films- not particularly showy or stylized, and they depict individuals at the margins purely but with great depth. Bresson said he wanted the viewer to feel the films before thinking about them and there’s something incomprehensible about them. I could not tell you, for example, just why Au hasard Balthazar is a transcendentally beautiful and affecting movie about a donkey. If you see the film, you will understand.

If you’ve been to film school, you’ve likely seen something by Bresson: Pickpocket, Balthazar, Diary of a Country Priest, etc. But, even if you haven’t, you’ve likely absorbed his films second-hand because you’ve either seen Taxi Driver or a film inspired by Taxi Driver and both Martin Scorsese and Paul Schrader have cited Diary of a Country Priest as the key inspiration for that film. It’s a bit odd, but both films are about isolated individuals whose journals provide the voice-over narration. Schrader actually wrote a key book on Bresson and has much more overt Bresson homages in his own films- First Reformed is practically a remake of Diary of a Country Priest, while the ending of American Gigolo is borrowed almost directly from Pickpocket.

Like Taxi Driver and Waiting Period, Diary of a Country Priest is about a very isolated man who is suffering. Newly assigned to a rural parish, the priest finds himself in way over his head. The locals are gossipy and mean-spirited, the young girls mock him, the older ones think he’s a drunk, when really he’s showing the first symptoms of early onset stomach cancer. Laydu was a stage actor who made his film debut here and it’s one of the greatest performances in movie history. Scorsese has said that the key scene for him is when the priest tells a suffering woman: “God is no torturer. He wants us to be merciful with ourselves.” For Scorsese, much of human suffering lies in what we put ourselves through. Many of his characters, too, are lost in illusions and, ultimately, deny themselves grace.

Bresson really had his own take on “acting”, which he laid out in his book “Notes on Cinematography”, which I also read this week. It really is a book of notes, some elliptical: “Be sure of having used to the full all that is communicated by immobility and silence” or “Passionate for the appropriate”. Some are bits of great artistic advice; I loved: “Be the first to see what you see as you see it.” In general, Bresson disdains the approach to movie-making that amounts to filming a play; he shuns the theatrical, distrusts actors, and opposes what he calls “cinematography” to “cinema”. Instead, he wants “models” drawn from real life whose actions are therefore automatic. He’s not talking about a documentary, but a work of art created by the way the images are put together. The filmmaker is looking at the model’s face for the most “inward” of movements and for those moments that are spontaneous and new.

What he’s looking for, and finds like no one else, are movements of the soul. Really, this is what the best stories come down to in the end. Most people, including myself, only have one story to tell. If you write down every thing they have to say about every thing they know, the summary would be: This is what it’s like to be me.

With Bresson’s films, we get the chance to see what it’s like for someone else to be themselves, in the most direct (and usually incommunicable) way, which I think is what makes them miraculous.

So, what were YOU watching, reading, pondering, playing, or creating this weekend?