McDonald’s CEO pushed out after relationship with employee 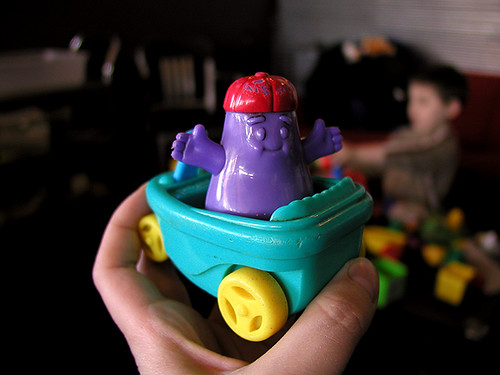 NEW YORK (AP) — McDonald’s chief executive officer has been pushed out of the company after violating company policy by engaging in a consensual relationship with an employee, the corporation said Sunday.

In an email to employees, Easterbrook acknowledged he had a relationship with an employee and said it was a mistake.

“Given the values of the company, I agree with the board that it is time for me to move on,” Easterbrook said in the email.

(Featured image is “grimace-like toy at the coffeehouse” by massdistraction. Used under a creative commons license.)