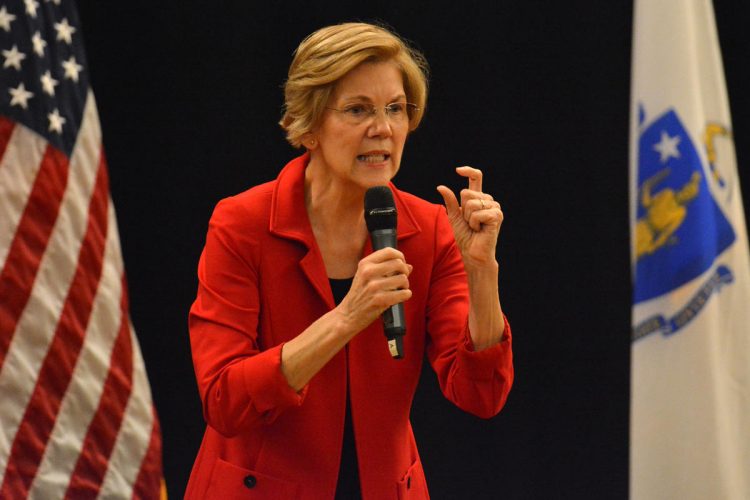 Elizabeth Warren talks to the the audience at a town hall held at Hibernian Hall in Roxbury on October 13, 2018 in BOSTON, Massachusetts. (Staff Photo By Chris Christo/Boston Herald)

Elizabeth Warren has released a proposal outlining the particulars of her “Medicare for All” healthcare plan.

Ending her months-long silence on how to pay for moving the entire nation into a government-run healthcare system, Elizabeth Warren on Friday laid out a detailed plan that relies on trillions of dollars in new taxes on the rich and corporations, big pay-ins from employers and aggressive cost cutting.

With her proposal, Warren becomes the first of the Democratic candidates to fully describe how a Medicare for all plan would be paid for. Her chief rival on the party’s left, Sen. Bernie Sanders of Vermont, who has campaigned in favor of a government-run medical plan for years, has outlined various options for financing, but has not committed to one.

Particulars can be found on Sen. Warren’s campaign website here. Her funding outline can be read here.

Tags: election 2020Elizabeth WarrenHealthcareM4AMedicare For All