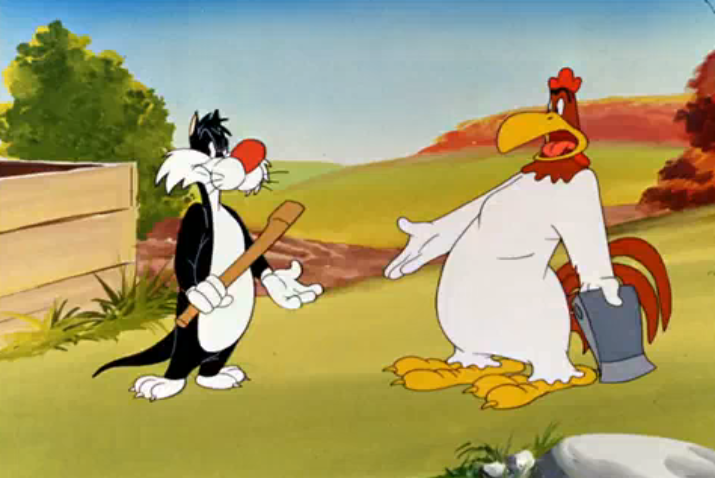 On this sacred day that we have set aside to post cat pictures on social media (as opposed to every other day of the year) it’s time that we address a grave injustice in our society: the anti-feline propaganda being put out by the entertainment industry.

It all started with Looney Tunes. Poor Sylvester gets such a bum rap. Trust me, if you had one of those evil illegal immigrant mice raiding your cargo ship of cheese, you would WANT a cat there to remove the vermin! The whole reason humans domesticated cats in the first place was to kill off the rodents that cropped up with the rise of agriculture. Cartoon Tom is just doing his job! I’m sure his owner originally adopted him from the shelter because she saw that brown mouse running all over her kitchen. He’s just doing his job, and yet he is subjected to endless abuse and humiliation. And who among us would not like to see that annoying Tweety bird on the inside of Sylvester’s gullet? Birds just eat our grass seed and poop on our cars. Who needs that?

Then there’s the false depiction of cats in movies. Ever notice that every villain always has a cat as a sidekick? Blofeld in the James Bond movies, Dr. Evil in the Austin Powers movies. Even Gargamel in The Smurfs! This is just Hollywood fiction. Everyone knows that real bad guys own Rottweilers that they sic on unsuspecting law enforcement. In the movie “Bolt” the dog thinks ALL cats are evil just because his nemesis is always accompanied by cats. He’s probably been watching too many cartoons.

Disney is a mixed bag. They have a whole squadron of evil cats: Lucifer, Scar, Shere Khan, and of course Si and Am from “Lady and the Tramp” who are not only EVIL but also racist depictions of Asian stereotypes. They are so bad that they’ve been left out of the live action remake altogether. On the other hand, Disney has also given us “Oliver and Company” and “The Aristocats,” so they must not be totally anti-cat.

Stereotypes of cat owners abound. Witches supposedly are always accompanied by black cats. In reality, animal shelters are overrun with black cats because people believe these silly superstitions. People believe that all single women over 40 have like 100 cats in their house because they can’t get a husband. Which is totally false. I only have three cats. They were a big upgrade from my ex husband. They’re more affectionate, they shed less, and I always know where they are at night (of course, I had all the cats fixed.)

The truth is, cats outnumber dogs in America. They are easier to keep as pets because they don’t have to be walked, they’re not as needy as dogs, and they can be trained to pee in a box. And they totally control Facebook. Do you know anyone who started a Facebook page for their dog? No. But there are thousands of cat accounts. Including one for my cat Marco.

Robert De Niro perfectly sums up the glory of cats in “Meet the Parents:” “You see, Greg, when you yell at a dog, his tail will go between his legs and cover his genitals. His ears will go down. A dog is very easy to break. But cats make you work for their affection. They don’t sell out the way dogs do.” Or as another great movie cat put it “Cats rule, and dogs drool.”