In Which Modern Rap Remains King 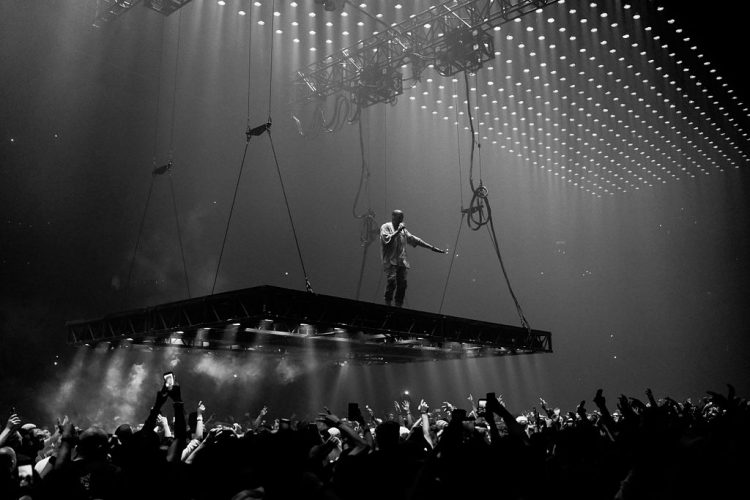 “I’m unquestionably, undoubtedly the greatest artist of all time” said Kanye West in an interview with Beats 1 producer Zane Lowe recently. “It’s just not even a question anymore” he would go on to add. These comments seem to take on new relevance in the light of the release of his latest album, “Jesus Is King”. On its surface, the comments don’t seem to have any relevance, nor should they really, in regards to the tracks on the album. But they increasingly do because of the subject matter of the Jesus Is King. One would think someone who planned to switch from rap to gospel, and someone who’s professed to have had his life turned around by Christ, would at least show some Christ-like attributes to his walk in life. That Yeezy would be willing to show a degree of humility as Christ no doubt would have. But instead, here we are. Kanye hasn’t changed overly much in regards to his personality, but surely Jesus Is King must be a radical departure from his previous work and his stretching of genres definitely proves his abilities?

This brings me to Jesus Is King as a musical work. I, for one, thoroughly enjoyed the album and thought it was legitimately one of the better albums I’ve heard this year. Let me explain why I’m seemingly bucking the consensus as it comes to Kayne’s latest. First because I’m a fan of a real narrative inside of an album and even in the sometimes discordant realities of Christianity, the love of Jesus Christ is one of the themes that’s consistent throughout the Gospel. Throughout the work, there’s none of the dithering “come and be saved” narrative that’s inherent throughout Christian music (which I find wholly unnecessary, but I won’t go into here), and it seems tailored not to provide manna for the saved soul, but instead to provide real expression of the coherent theme of Jesus’ love that’s omnipresent throughout the Bible.

Second, I also genuinely enjoyed Jesus Is King because of the fact that it is such a radical blend of both rap and gospel at its core. As I mentioned in the first paragraph, Kanye, along with other contemporary rappers like Lupe Fiasco and Kendrick Lamar, has made his money producing albums that aren’t purely rap albums. Not to say that his albums aren’t rooted in rap at their core and surely, albums like Late Registration and The College Dropout are actually traditional rap albums; but Jesus Is King is the next step in the sequence of artists choosing to push the boundaries with their work in music.

To this end, I don’t think that Jesus Is King has a real analog to go after. The only real analog to anything even sort of like, in terms of theme and production, Kanye’s album is “How Great” off of Chance The Rapper’s Coloring Book. For the record, I remain a big fan of Coloring Book as well, but not just because of “How Great”. Rounding back to West though, both Chance’s song and Kanye’s album have their roots in rap production while exploring the application of that root towards something entirely different in gospel. Now, for both of these artists, their choices were unconventional in the context of their careers; I don’t think it particularly impacts how both albums are, or should be, perceived. Musically, both Chance’s song and Kanye’s album are coherent and combine good production with some kind of compelling narrative. A refreshing narrative, I should say, more so than anything that’s normally pushed out of mainstream Christian music media.

Third, I also found myself enjoying Jesus Is King because of the underlying base in lyrical rap that’s central to “getting” the album. I actually do enjoy rap that’s not just straight through trying to spout as much as possible and hoping someone gets it. That’s why I’m just not a fan of old school rap in the way I enjoy Kendrick Lamar and Lupe Fiasco, though I can’t say I’m too much of a fan of Kanye’s overall œuvre. Jesus Is King is, in my opinion, a good, if not great, album because it actually employs modern techniques with the same timeless message of Jesus’ love. If Kanye had chosen to perform this album in a much more old school beat track and rhymes way of rapping, not only would this album not be as good as it was, it might actually be impossible to listen to.

The redeeming quality of Jesus Is King, beyond it showing a complexity of style that’s not readily found in some modern artist’s body of work, is that Kanye got that he couldn’t have a traditional rap album and instead pressed ahead with a work that’s lyrically, harmonically, and physically coherent. If there’s two tracks that I think synthesize the two competing nodes best, it’s “Everything We Need” and “Water”. Both combine, as I’ve continually mentioned, the modern with the timeless; these two tracks though aren’t nearly as flashy and won’t be at the forefront of the dialogue about this album, which is at least a shame. What these two tracks in particular note about this album is at the very least the sincerity of Kanye’s attempted conversion as well as the realities of West’s career, it was made by being himself, not by being a mouthpiece for anyone.

In conclusion, no album — however good it may be to the listener — is perfect with very few exceptions. The two that come to mind are by the band Runrig and Kendrick Lamar’s To Pimp A Butterfly, which I’ll be talking more about next March for its fifth anniversary. Kanye West’s Jesus Is King is far from perfect, however much I may have enjoyed it. The message notwithstanding, West doesn’t attempt to branch out and explain more about Christ than His love which is a sorely needed point that he should have made. I don’t mean to suggest he should go all fire and brimstone, but Kayne should have at least decided to talk about mercy and the joy he feels in Christ rather than just His love. Musically, I can’t find much fault about it other than that I wish it felt much less like an EP, and more like an actual album. However, I guess the days of the real long-form album are dead in many respects.

Kanye’s album was intentionally very solid, as essentially the industry has promised to listeners; it’s a nice romp and expression of a faith that I’m not sure even Kanye knew Kanye had. If I were rating it, I’d give it 6.5/10 stars. There’s much to be improved upon, but it’s certainly a solid start.