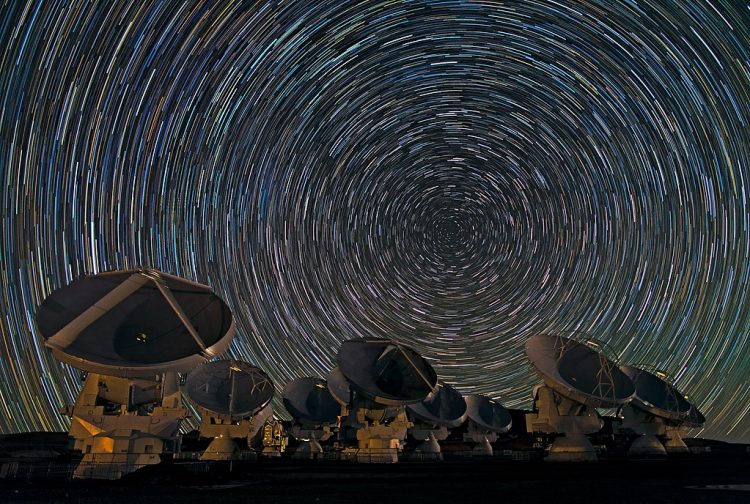 [ThTh1] Our “Ask an Astronomer” question this week comes from our own Andrew Donaldson, who asks, “Why in SciFi does the motion always move in a straight line when doing hyperspeed/warp drive/jumping whatever instead of the curves it probably would look like?”

Convention. Space travel is…complicated. When we move anything from Point A to Point B in our solar system, we don’t just point it at the object and fire away. Instead, our spacecraft follow a curved orbit — a combination of its forward motion and the gravitational influence of the Sun — to reach the point where it will intercept the path of the object it wants to arrive it. Like so: 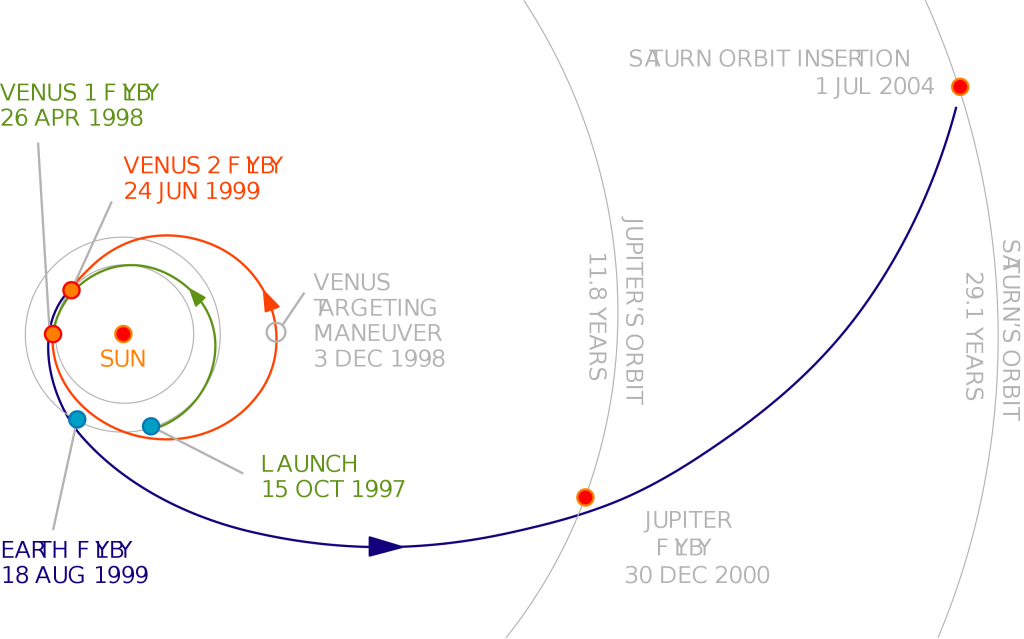 This is the path that the Cassini probe took on its way to Saturn, gaining gravity assists from the inner planets and then taking a long sweeping orbit toward the outer solar system to rendezvous with Saturn, which is also moving on an orbit.

In principle, interstellar travel would follow similar principles. If you’re traveling from Earth to Vulcan, you would go on a slightly curved motion. However, this curvature would be scarcely noticeable. The Galaxy’s gravitational field is a bit more gentle than that of the Sun. And the faster you move, the less curvature you need. So if you’re moving many times the speed of light, the curve in your path would be miniscule.

That having been said, there is one big inaccuracy — that the stars appear to move so fast. In the Star Trek Universe, at least, warp speed is a few thousand times the speed of light. Even at that speed, it would take hours or days to get from here to Alpha Centauri, the nearest star. And yet, stars are constantly streaming past the Enterprise. Even assuming movement faster than light speed is possible, the stars should be crawling by, not flying past. Because space is big. Really big.

[ThTh2] Speaking of Cassini, Saturn has taken over as reigning champ in the moon race, with 82 moons to Jupiter’s 79. The discovery of 20 new moons is not…entirely unexpected. The gas giants of our solar system have immense gravitational wells and there are many many objects that get swept into them. The new moons are all at a distance of 15 million miles or more and all only a few kilometers across. They are difficult to find but the concerted effort of going through the Cassini data revealed them.

[ThTh4] I checked the calculations myself and this does appear to be accurate (H/T: Andrew).

This popular animation shows the correct (I checked the math!) apparent sizes of the planets if they were placed in the Moon's position
Credit: @Yetidynamics! pic.twitter.com/YzwWupEqpg

[ThTh5] You may remember Oumuamua, the interstellar object that swept through our solar system and was speculated to be a piece of alien hardware. That’s looking a bit less likely now that we have a second interstellar visitor.

[ThTh6] This story is eight months old, but blew up over Twitter again this weekend, so I might as well address it, since I missed it the first time. Have scientists reversed time using a quantum computer? Hey, it’s another chance to crush everyone’s enthusiasm. What they did is shrouded in a lot of complex language and difficult quantum mechanical jargon. But essentially, they ran a computation backward, which is interesting, but not traveling back in time.

[ThTh7] The Voyager spacecraft, now outside of our solar system completely but still functioning, continue to provide insight into how our Sun interacts with the universe.