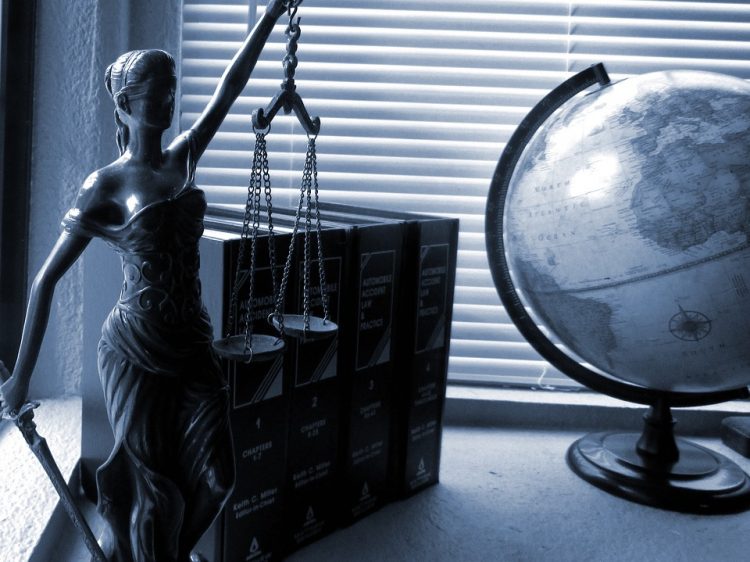 L1: Myra Bradwell, nee Colby, was born in Vermont in 1831. She moved to Illinois at the age of twelve, and later met and married James Bradwell. She received a formal education and became a teacher. A few years into their marriage, James was admitted to the practice of law by the Illinois State Bar. Myra took an interest and began to teach herself the law. She worked with her husband in his firm, assisting him with legal research and drafting documents. 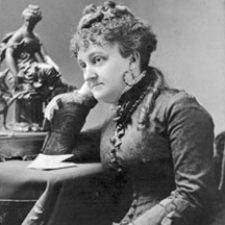 She became a social activist, raising money for wounded Civil War soldiers and joining the Northwest Sanitation Committee. She started a periodical, The Chicago Legal News, but due to coverture laws in Illinois, she had to lobby for a change in the law to even be allowed to be the manager and editor of the paper. The publication reported on the law and court cases around the state and the country, but it served another function: the paper criticized judicial corruption, a Chicago tradition. The paper also contained a section called “Law Relating to Women”, a reflection of her efforts to improve the station of women in society. To that end, Myra helped draft both the Married Women’s Property Act of 1861 and the Earnings Act of 1869.

Noticing her legal acumen, a federal circuit court judge recommended that the Illinois Supreme Court issue to Myra a law license. They refused, citing the law which prohibited married women from entering contracts, something that would make the practice of law impossible. Myra, of course, filed suit to challenge the decision. The Illinois Supreme Court, of course, upheld its own decision: “God designed the sexes to occupy different spheres of action, and that it belonged to men to make, apply, and execute the laws, was regarded as an almost axiomatic truth.”

Undeterred, Myra appealed to the Supreme Court in our case of the week: Bradwell v. The State of Illinois. Myra’s case rested on the grounds that she was a citizen of the United States and the State of Illinois, and entitled to any rights and privileges bestowed by the state. She cited the constitution’s privileges and immunities clause which provided that “citizens of each state shall be entitled to all the privileges and immunities of citizens in the several states”, which the Court held to mean that citizens of other states were entitled to the privileges and immunities granted by the states in which they are not citizens. Ironically, the Court recognized Myra’s grasp of the law, pointing out that she understood this application of the constitutional principle, because she argued in her brief that she was born in Vermont, a state other than Illinois. But she further argued that as a citizen of the United States, she was entitled to the benefit of certain rights and privileges, including the right to practice law.

The Court agreed with the her as to the first part of her argument, but did not agree that the right to practice law was such a right. While the plurality did not base its decision on Myra’s gender, skirting the issue by declaring there was no such right, the concurrence, joined by three justices, stood steadfastly on the premise that women were unfit to practice law:

Man is, or should be, woman’s protector and defender. The natural and proper timidity and delicacy which belongs to the female sex evidently unfits it for many of the occupations of civil life. The Constitution of the family organization, which is founded in the divine ordinance as well as in the nature of things, indicates the domestic sphere as that which properly belongs to the domain and functions of womanhood. The harmony, not to say identity, of interest and views which belong, or should belong, to the family institution is repugnant to the idea of a woman adopting a distinct and independent career from that of her husband. So firmly fixed was this sentiment in the founders of the common law that it became a maxim of that system of jurisprudence that a woman had no legal existence separate from her husband…

The paramount destiny and mission of woman are to fulfill the noble and benign offices of wife and mother. This is the law of the Creator.”

The Court sided against Myra 8-1, with only Chief Justice Salman Chase dissenting, but not filing a written dissent.

Myra lost her case at the Supreme Court. However, while the decision was pending, the Illinois legislature passed a new law, stating “No person shall be precluded or debarred from any occupation, profession, or employment (except the military) on account of sex.” Myra got her law license. She was not the first woman to do so- that was Arabella Mansfield in Iowa in 1869- but she became a key figure in the suffragist movement as well, prior to her death in 1894.

L2: On a very special episode of Fuller House, Aunt Becky learns what happens when you snub the benevolent offer of the feds to plead guilty to the charges against you and opt instead to exercise your right to a fair trial.

L3: Hours before what was scheduled to be a 9-week long trial, pharmacy giants AmerisourceBergen, Teva, McKesson, and Cardinal Health reached a $235 million settlement with two Ohio counties over the opioid epidemic. The trial was to be a bell-weather for the other roughly 2000 lawsuits still pending against the companies by other states, counties, tribes and municipalities.

L5: Here’s how the Chief Justice of the Supreme Court plays a pivotal role in impeachment proceedings in the Senate, in case you’re curious.

L6: Donald Trump is threatening to sue CNN, according to a letter sent to the cable news network by Trump’s lawyer, Charles Harder.

L7: Memorial services for Atatiana Jefferson, the woman shot dead by a Fort Worth police officer last week, were delayed as her family members fioht a legal battle amongst themselves. Atatiana’s father says some family members started an unnecessary GoFundMe and were making a spectacle of his daughter’s funeral and refused to include him in the arrangements. The service has since been scheduled.

L8: A new law in California targeting the “gig economy” and the use of contracted workers instead of full-time employees may make free-lance writing an untenable profession.

L9: A new poll shows that most favor term limits for Supreme Court justices, oppose court packing, and believe that the justices make decisions based on the law, not politics.

L10: A lawyer with his priorities in order was granted an extension of time to submit a brief after filing a motion with the Court, so that he could stay up late watching baseball with his little boy.