Star Wars: The Meh of Skywalker 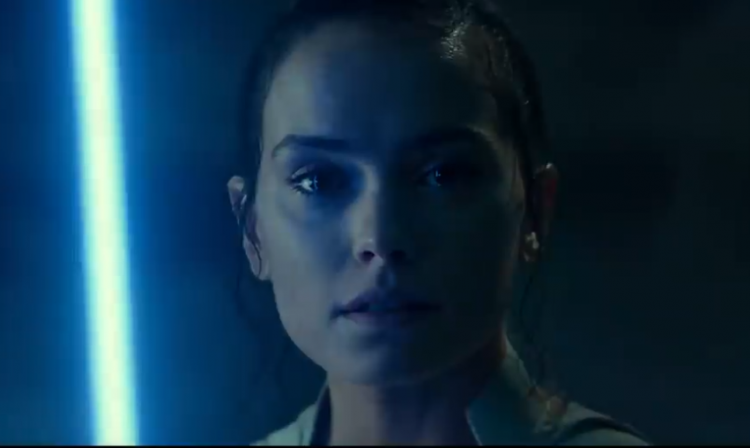 The nostalgia push is strong with this one. With the release of the final trailer for Star Wars: The Rise of Skywalker featuring a tag line of “The saga ends, the story lives forever” and lines of dialogue like “Taking one last look at my friends” from C3PO, it is clear what the marketing plan for this movie is: Nostalgia. It is smart marketing.

It is also a microcosm of what has both worked for and plagued the franchise in the Disney era.

To put my own background and biases about Star Wars upfront, I was one of the “in-between” generations; I kinda sorta remember when Return of the Jedi came out but mostly remember the original trilogy from cable reruns, VHS, and the toys and merchandising. I read the excellent Timothy Zahn “Thrawn” trilogy of books, and some of the other expanded universe that lead up to George Lucas making the prequels, which I did see in the theaters. When The Force Awakens came out, it was a really cool experience getting to take my own children to a brand new Star Wars movie with the original characters in a theater.

But there is that nostalgia thing again. Heading into the latest final chapter — which, let’s be honest, we know really isn’t since Disney already has Star Wars films on it’s advanced release schedule — it really feels like that great experience of years of fandom culminating in a shared experience I didn’t think I would have was the apex of this thing. The nostalgia brought you in, but this set of films, and the prequels too, never really seemed to figure out how to carry that burden outside of counting on it for a baseline to work off of. Too often it felt like decent movies trying to be epic through osmosis of what had came before, without putting in the work to become it’s own thing.

I just can’t bring myself to care very much this time. Or like I used to, at least. I could project that onto the films, or I can do some self reflection on why the nearly 40 year-old-me is different than the 19 year-old-me when Phantom Menace came out, or the 5 or 6 year-old-me playing along to Return of the Jedi as the Sunday night movie on TV, pretending an overturned chair was a speeder from the amazing forest chase scene.

I can’t be that kid again, completely immersed in something new and wonderful and awe inspiring. But what I don’t want to do is pretty clear to me nine films in: I don’t want to pick apart the movies anymore. Star Wars has started to become a problem I developed with fantasy football. I love football, but once I started putting all my bandwidth into minute details that didn’t matter to the actual game it sucked the joy out of watching. Sports is supposed to be a release, and entertainment, and a good thing. Not extra stress, more drama, and one more thing that gets ruined with too much reality.

I’m tired of too much reality in my Star Wars. So for this one, just to play along with the “one last time” Disney is pitching us to try and bring in the disgruntled folks that weren’t happy with the last outing, I don’t want to waste what little care I have left on what’s wrong with it. I am going to try and just enjoy it. Maybe like football I’ll get some of the joy back for what it is again instead of spending emotional capitol on what it isn’t, or could be, or should be. Maybe not, maybe I just outgrew whatever is continuing in the saga, or maybe the saga sagged in quality, or maybe that John Williams score — one of the best pieces of music ever composed in any era — just makes it all seem more epic than it really is.

But I’d like to finish this thing, for now anyway, the way it started before I was even born.

With a new hope.