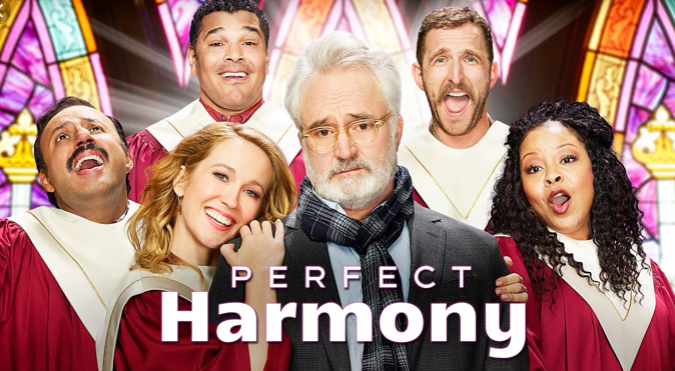 Finally, I show I actually loved! And I almost missed it. If I hadn’t been scouring the TV Guide listings looking for new shows to review, this one would have slipped right by me. I must have seen 100 promos for “Stumptown” and “Carol’s Second Act” this Summer. All the real reviewers are gushing over “Evil” and “Prodigal Son” (which should tell you something about those guys.) And this quiet little show about a widower (apparently, Thursday night is widower’s and divorcees night on network television) helping a church choir just slipped under everyone’s radar.

I confess to being a former chorus geek myself, and I’ve had an emptiness in my heart ever since “Glee” went off the air. If you’ve ever been a singer, you can relate to this show. It covers so many under served demographics: it takes place in Kentucky (has there ever been a TV show placed in Kentucky before?) it revolves around a church choir (we haven’t seen that since “Amen” ended.) And it’s genuinely funny. It’s too bad that the people most likely to enjoy it are the least likely to see it. Personally, I quit watching everything on NBC years ago, except for Law & Order: SVU, which I stubbornly keep watching. When it’s finally cancelled, I had planned to delete it and never watch that channel again. Why? If you have to ask why, you’re not a conservative. NBC has become the official channel of left wing wokeness. It’s the home of “Will and Grace.” I guarantee it’s the least popular network in red state America.

And yet, that’s where I found my favorite new show. How much do I love it? So much that I’ll watch it DESPITE the fact that it stars Bradley Whtiford!

The show opens with retired Princeton music professor Arthur Cochran sitting in his car, reading his wife’s funeral program while swilling bourbon and contemplating why he should go on living. He tells his late wife she needs to send him a sign and on cue, the sounds of Handel’s Hallelujah Chorus emerge from the nearby church. Declaring that this awful music can’t be the last thing he hears on this earth, Arthur marches into the choir practice and promptly takes over. Throwing out nicknames at the choir like “diet Vin Diesel” and “porno Mr. Rogers,” he proceeds to criticize all the singers, and proceeds to help them improve. Then he passes out from the bourbon.

He sticks around to coach the choir in an upcoming competition, mainly because his car has been towed, but also because he takes an instant dislike to the mega church pastor whose choir always wins, and who refused to bury Arthur’s wife in his church cemetery. His parting comment to Art is  “I hope you find God, cause if you think it’s hot in KENTUCKY…….”  Art displays the snarky behavior that got him fired from Princeton, describing one voice as “It’s like Darth Vader ate Mufasa.” But he’s found a place where he’s needed and people who need him. And they realize he needs them too, and they respond with Christian love – and biscuits.

I am BEGGING you to watch this show so that it doesn’t get cancelled. We need a show like this, a show that portrays Southern Christians as decent people instead of rubes, a show that doesn’t take place in LA, a show that uses the word “cattywampus” in the dialogue! (And correctly!) I’ll keep watching for as long as it lasts. Maybe if it’s long enough, they will actually teach Bradley Whitford to conduct.