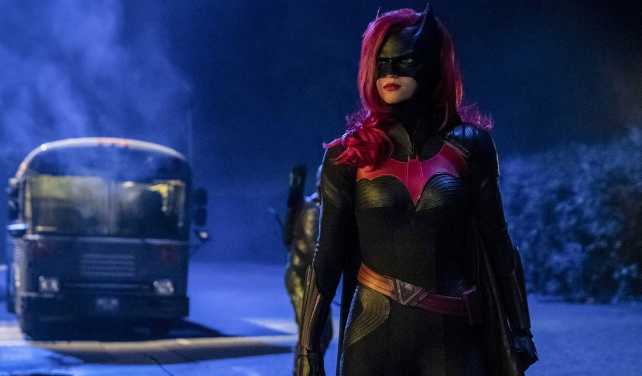 Ruby Rose as Batwoman, The CW and DC Comics

Things that make me feel old: When I was a kid, the show “Soap” premiered, featuring Billy Crystal as the first openly gay character ever on TV. The religious right exploded. Jerry Falwell had a cow. And my mother wouldn’t allow me to watch it.

And now in 2019, a new super hero show is making its debut with a lesbian as the leading character. But conservatives haven’t made a peep about it. Instead, all of the controversy has come from the left as LGBTQ activists complained that the star Ruby Rose isn’t “gay enough” to play Batwoman.

My how times have changed.

But I’m not interested in joining the debate over who can play what nowadays. I get it. There is no reason in the world to have white men in blackface playing Othello today. Beyond that, it’s going to depend on the role and the actor.

The only thing I care about is this: Is this show any good or not?

Whether you watch this show or not isn’t going to be determined by your view on gay rights, it’s pretty much going to depend on whether you like comic books and the shows based on them. I’ll admit that I was never a big reader of comic books. And when I tried to get into the DC Universe on Comixology (big shout out there) I found it too vast and confusing. Too many characters, too many reboots. And don’t even get me started on the “multiverse.” But I AM a big fan of the Arrowverse: the series of shows on the CW network that started in 2012 with the premier of “Arrow.” I’ve been watching since day one. I also watch all of the Arrow spinoffs: The Flash, Supergirl, and even Legends of Tomorrow. Once a year, during what USED TO BE known as “sweeps month” (which was when ratings counted and ad rates were set) the shows do a crossover story arc. Last year, Batwoman was introduced during the “Elseworlds” crossover and tonight, she makes her debut in her own show.

It opens with the gritty Gotham we’ve seen depicted in recent movies/TV shows. Batman and Bruce Wayne have both been missing for 3 years (and yet nobody has made the connection?) We are introduced to Kate Kane, Bruce Wayne’s cousin. The origin story is shown quickly in flashback: Kate survives a car accident that killed her mother and sister, thinks Batman abandoned them, gets kicked out of military school, and starts training to join her father’s security group “The Crows” that have been protecting Gotham in the absence of Batman. But on the night Gotham is shutting down the Bat signal, a new villain appears and Kate returns after her ex-girlfriend is kidnapped. She breaks into Wayne Enterprises to see their security footage, discovers the Bat Cav,e and decides to put on the cowl.

How can you not love THAT?

It’s a lot of story to cram into an hour, but they did a good job with it. This show has everything you want from a superhero pilot: compelling origin story, interesting cast of sidekicks (I especially liked Kate’s stepsister Mary, ditzy socialite and med student who runs an illegal clinic to help the poor of Gotham), and great action scenes. This show comes at the perfect time to fill the void since “Gotham” just finished its series run. Plus the anchor of the Arrowverse bows out this year and the other shows are great, but definitely lighter in tone. It leads off Sunday nights at 8PM, and is followed by “Supergirl,” for an action packed night of CW/DC girlpower.

There are basically two kinds of people in this world: those who like comic book stories and people like Martin Scorsese who don’t think they count as “real cinema.” If you’re one of the latter, then you can go stream one of those Emmy winning shows on Prime. But if you’re like most regular people, you love them even if you didn’t read the comics.

This show gets my only 4 star rating of the new season so far. It’s must see TV. I predict we’ll all be watching for seasons to come.