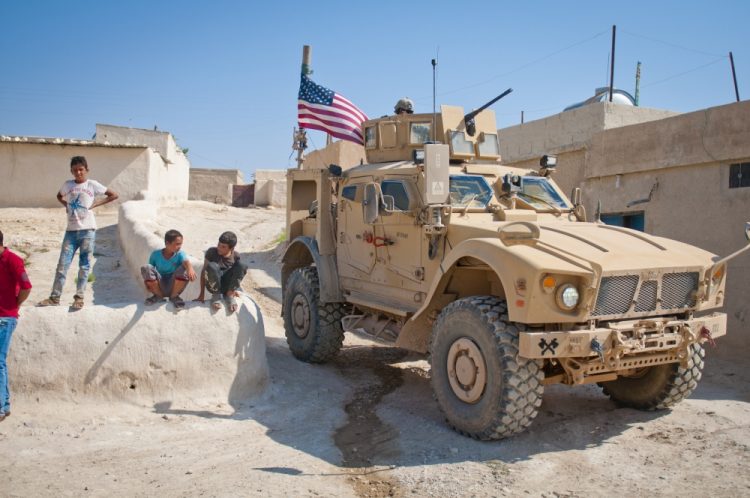 Sunday night brought an extraordinary development in foreign policy from the White House:

BREAKING: In an extraordinary Sunday night statement, the White House announces that the US “will no longer be in the immediate area” of Northern Syria, allow Turkey to launch an invasion in the region and give Turkey responsibility for captured ISIS fighters in the area. pic.twitter.com/Ytu8t3BLUg

This has been a desire of Turkey for 30+ years, and had been discouraged by the US as late as Saturday when Secretary of State Mike Pompeo stated that “we’ve made clear that this conflict shouldn’t be militarized.” President Trump, however, has been wanting to do this very thing for some time:

President @RT_Erdogan of Turkey has very strongly informed me that he will eradicate whatever is left of ISIS in Syria….and he is a man who can do it plus, Turkey is right “next door.” Our troops are coming home!

The problem here is the president either doesn’t understand or care that what Erdogan is going to do has nothing to do with ISIS. The Turkish military will sally forth into territory the SDF and other groups are not going to willingly give up, and when they push back and defend themselves Erdogan will have his excuse for the slaughter of them he wants. Anyone who doesn’t happily accept their new Turkish overlords will be deemed a “terrorist” and dealt with. This is the oldest trick in the book for dictators like Erdogan, to make sure the men, women, and children who will be cleansed from the newly acquired territory is something to prop up the regime that is having issues at home. At his recent UN speech, Erdogan waved around maps of the new “safe zone” borders that expand Turkey’s border by nearly 20 miles, while declaring they can “easily resettle the 1 to 2 million refugees” that will need to be moved. He neglects to mention the part that they are not going to go willingly, and his government cannot even control the rebellious Kurdish factions inside existing Turkish borders. What will follow is a whole lot of bloodshed that will spawn another generation of it to come after.

As for the United States, it is a foreign policy disaster. Another American ally left twisting in the wind, very bad people empowered by spur of the moment and poorly-planned decision making from the White House, and no discernable plan or direction in America’s projection of interests to the rest of the world other than how the president feels at any given moment, or worse whoever the last foreign dictator he talked to that he wanted to impress. Folks can rant and rave about “America First” and “Endless Wars” all they want, but rhetoric — especially partisan rhetoric — doesn’t mean crap once you are talking about international affairs. These decisions have generational impacts on millions of people, and should be treated as such, not just tweeted about.

All this to benefit enemies who hates us, as well: the despicable dictator Erdogan, his enabler in Vladimir Putin, and their allies, Iran. Oh, and Turkey is buddying up to China and getting some of the lost support it used to get from the United States from places like Qatar. God help the 2 million people in Northeast Syria, for President Trump just made sure we will not only break recent agreements and stand idly by, but make lifelong enemies out of most of them in the process. That is, those of the 2 million who survive what is coming from the Turks, the soon to be let loose ISIS fighters, and whoever else joins in, long enough to hate us for it.