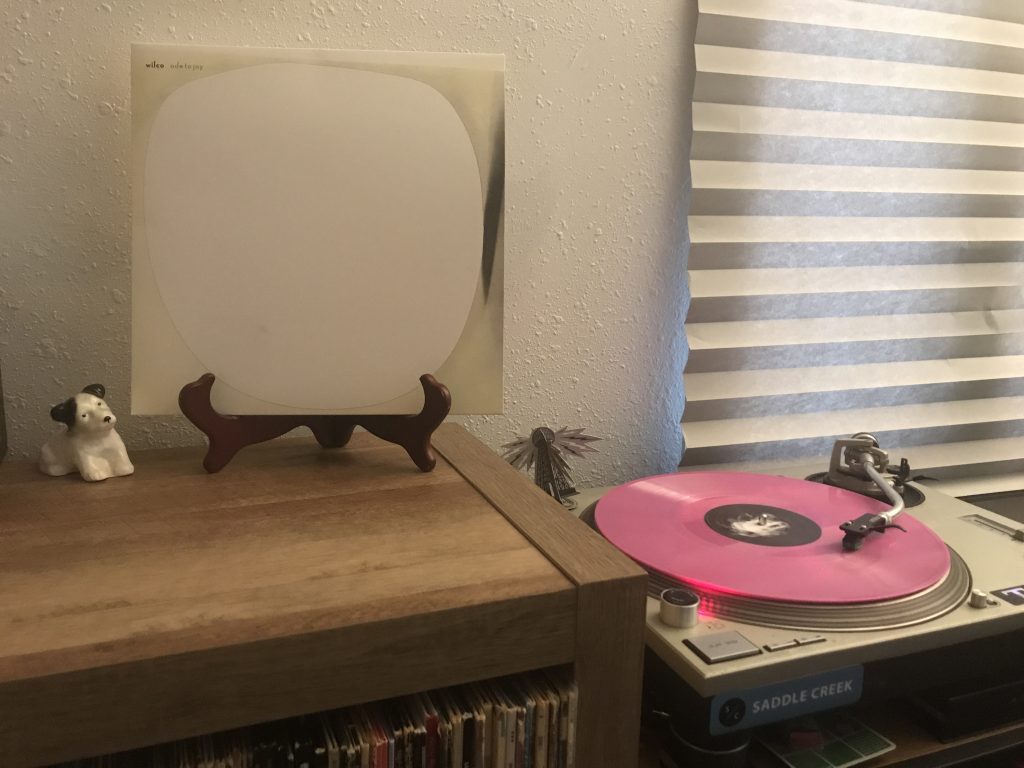 In this second part of this week’s soon-to-be-popular Saturday (Sunday) Spins, we leave the post-apocalyptic wasteland that Sturgill Simpson created and enter the friendly confines of The Loft for a Sunday Spin! Wilco is one of my favorite bands. There is a good chance that the randomizer might spit out a lot of their releases from my ever-growing collection. I was lucky enough to get this new LP1 in the mail the day before its release. You’re all lucky enough to get to read my review of it. 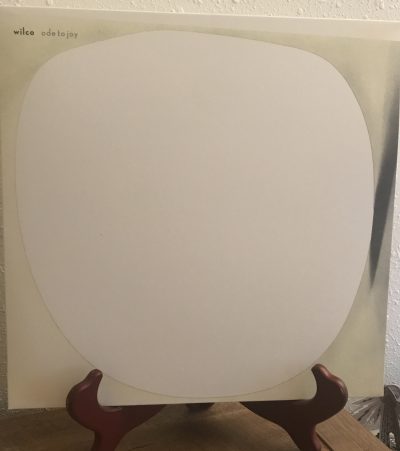 You guys, Wilco is a big band. I mean it is a six-piece juggernaut of sonic enjoyment, my wife and I saw them live in Columbus Ohio in 2012 and we both count it as the best concert we ever went to. This is their 11th studio release and it sounds very stripped down and elegant. Wilco started off as an alt-country spin off from Uncle Tupelo in 1994, but by the turn of the century they started to branch out into a more indie sound replete with catchy hooks and unique noise making.2

As I noted in a previous footnote, I ordered both the pink and black vinyl version. They also had the option to purchase a $500.00 deluxe version that came with what looked to me to be a high school art project. The editors here weren’t going to pay that tab for me. I usually jump at purchasing deluxe versions and/or box sets of new releases of my favorite bands, but $500.00 and no bonus tracks? Nope.

I did receive a consolation prize with my order though: a plain black number 2 pencil with “ODE TO JOY” carved into the wood. 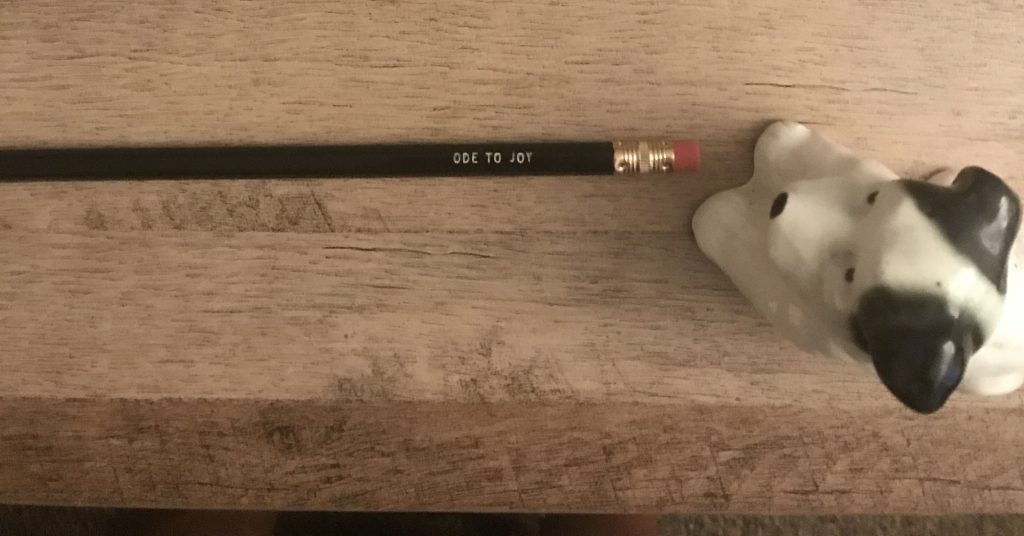 What am I supposed to do with this?

Tracks I Think are Great

The early word on this album is that it is a welcome return to form for Wilco. What I think is that it sounds a lot like a band that doesn’t need to futz around with any more experiments. This is in stark contrast to yesterday’s spin of Sturgill Simpson, who pretty unabashedly told the haters that he is going to do what he wants with his music. This new release is going to garner a lot less controversy. Anyway, the first single, “Everyone Hides” is a pretty great song with a fun video accompanying it. I am also a real big fan of the guitar in “We Were Lucky (Atmosphere),” which is somewhat of a 70s vibe with that Wilco spin.

“Citizens” is another one that is really just classic Wilco. A lot of the songs on this album are really Jeff Tweedy on an acoustic guitar with the rest of the band providing an electric ambiance. This isn’t such a bad thing, because it is a more refined version of their earlier sound, which is why everyone is proclaiming that it is some kind of “return” to their former sound. I also like the upbeat “Hold Me Anyway” which, again, showcases some classic Nels Cline guitar work. Finally, the first taste of this album that I got was “Love is Everywhere (Beware)” which is a folksy little diddy that gave me (and the rest of Wilco’s fandom) an indication that Ode to Joy was going to be a truly special album.

Finally, I am a huge fan of “Quiet Amplifier,” because it really exudes fall to me. The whole album is really an anthem to the fall season to me, the weather is changing, the days are getting shorter, and the air has that crisp quality that is great for just a nice stroll with this album coming through my headphones.

Tracks I Think are not That Great

One of the first tracks that seems slightly out of place on this album is “Bright Leaves.”3 I only say this because for some reason the sound engineer thought it would be a good idea to turn the volume up on the percussion, which distracts from the rest of the song. It has a haunting organ in the background which you can barely make out over the drums. It sounds like the “1812 Overture.”

I am also not really a big fan of “One and a Half Stars” because it sounds like it belongs on a Jeff Tweedy solo album. He just released Warm last fall and Warmer earlier this year. Maybe there is a giant catalog in The Loft where songs are written and this one went from the “solo” pile to the “Wilco” pile.

I saw Jeff Tweedy in Ithaca while he was touring with the band he formed with his son, Spencer, the aptly named “Tweedy.” It was a great show, and they closed out with “Give Back the Keys to my Heart,” a song by Doug Sahm who was in one of my favorite bands, The Texas Tornadoes.