And He Thinks It’s Funny: Joker 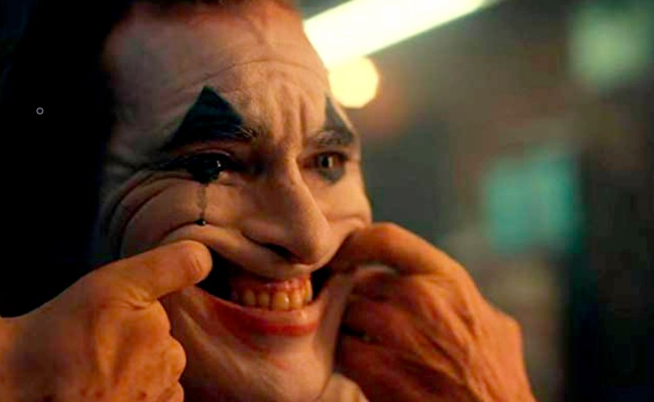 So I saw Joker on Saturday and have a handful of thoughts about it. If, for some reason, you wanted to read this essay but are also hoping to avoid spoilers, I’ll just tell you that, yes, it’s good and yes, you should probably go see it BUT only if you see it with someone whose hand you can grab and squeeze during the intense parts. OF WHICH THERE ARE MANY.

After this, there are spoilers. Be warned.

First off, I want to say that this wasn’t the movie I expected. Given all of the various hype and rigamarole surrounding the movie, I expected the movie to be vaguely alt-right (if not overtly alt-right). It wasn’t.

This might be the first movie that has the Joker as a main character that has the Joker be mentally ill. I’ve mentioned before that my issue with the Heath Ledger Joker was that he wasn’t crazy. I’m going back now and trying to think were any of the Jokers crazy?

Cesar Romero’s Joker wasn’t crazy. He was a villain who wore clown makeup. I suppose you could argue that it’s crazy to wear clown makeup when you rob a bank and that puts you in a different category than a guy who just robs a bank, but you could also just see it as being a bad guy with a clown motif.

I’ve already talked about how I don’t think that Heath Ledger’s Joker was particularly crazy… was Jared Leto’s? He was certainly a psychopath who didn’t care about hurting people and he had “damaged” tattooed across his forehead but he didn’t strike me as crazy either. He was a villain in a superhero movie.

Joaquin Phoenix? He’s playing someone who is mentally ill. Like, not merely “psychopathic with sociopathic tendencies” mentally ill, but “stops taking his medication and starts rubbing his arms because he’s going through depersonalization-derealization” kinda mentally ill. We see him have some interactions with his mother and we see that she’s seriously narcissistic (and we learn that she has a history of mental illness that resulted a history of abuse for him).

We see him go from being a vaguely sympathetic figure into a vaguely unsympathetic villain. Like, if you’re worried that the movie more or less justifies the things that he does, it doesn’t. He kills several people in the film and I suppose we could discuss whether the people he murders deserved some form of consequences for their actions, I’m pretty sure that nobody would take the side of “they deserved to die”. There is no “Joker-as-antihero” thing going on in this movie. You’re not building up to a cathartic orgy of violence (though there is violence and gore galore). You’re watching someone spiral down, down, down and turn into a murderer. Is Joaquin’s Joker vaguely sympathetic? Sure, vaguely so. But he’s also got this thing going on where he makes you feel uncomfortable. You’re not drawn to him. He’s repulsive.

At its core, it was a character study of a Bad Person who happens to suffer from Mental Illness. Truffaut generally gets quoted as saying “there’s no such thing as an antiwar film” but, as I was researching to find the source of that quotation, I found that he didn’t say exactly that but said something more nuanced and interesting. In a 1973 interview with Gene Siskel, he said “I find that violence is very ambiguous in movies. For example, some films claim to be antiwar, but I don’t think I’ve really seen an antiwar film. Every film about war ends up being pro-war.”

Which brings us back to what I opened with: this wasn’t the movie I expected. I rather expected an alt-right movie about an antihero who eventually grows into Batman’s biggest villain. You know, something hinted at in this meme that traveled around the internets a few months ago: 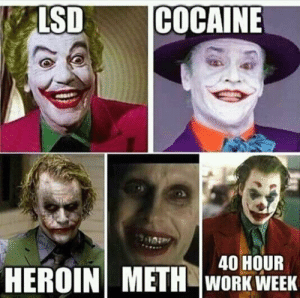 I imagine that it will get a kabillion award nominations (the sound editing, for example, was pretty amazing) but I’m not sure that it will be a movie where we talk about the Joker for years and years and years to come (like we did with Heath Ledger’s Joker). I’m not sure that I’d want to see a Batman movie set in this particular universe. Despite its name and despite the handful of scenes that tell the audience “you’re in Gotham”, it’s not a comic book movie. It’s an impeccably acted movie about someone suffering from mental illness who goes on, in turn, to make the world itself suffer. And he thinks it’s funny.