So, How Much is My Privacy Worth to Me? 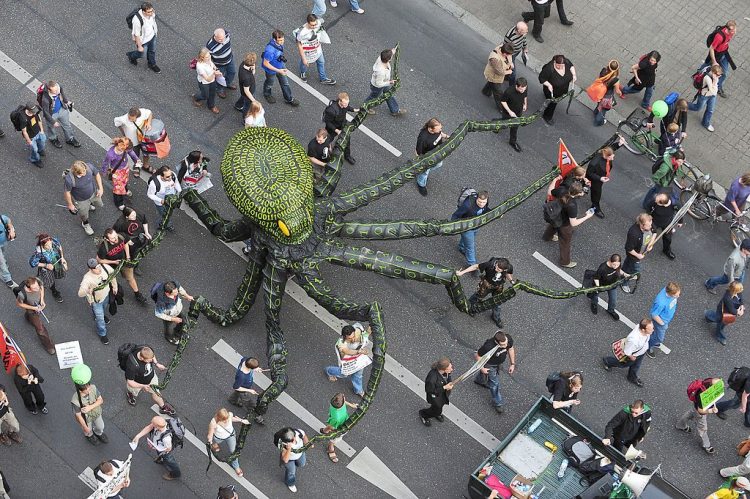 I’ll admit, I don’t worry a lot about my privacy. Clearly. I’m on Twitter. And Facebook. I share way too much of my personal information with people I think of as friends BUT THAT I’VE NEVER ACTUALLY MET IN PERSON! I write these columns and share tidbits of my life. If you’ve read them you know I watch a lot of TV, I have 3 cats, I’m divorced (bitterly) and I bought a new house last year. I’m sure Mark Zuckerberg knows more about me than I could possibly imagine. I use those store rewards cards so Kroger knows exactly what I’ve purchased. I put one of those do it yourself security systems in so I can see live feed from my living room.

But is there a limit to what I’m willing to share?

If so, that limit was tested yesterday when I got a call from my insurance agent. She must know that I’ve been shopping around for new insurance (which, first of all, is creepy) so she was calling to tell me that there were some discounts that I could be taking advantage of. Great! Let me have them! For one thing, I can take a 6 hour online safe driving course (at a cost of $20) that would earn me a discount. OK, fine. Send me the link and I’ll get around to it sometime.

The second thing she suggested was that I download their safe driving app. You know the one. You’ve seen the commercials. The woman is in labor and her contractions are 2 minutes apart but she’s screaming at her husband “Don’t mess with my discount!” as he’s frantically driving her to the hospital. Yeah, she’s gonna let her kid pee in his pants rather than speed up so he can make it to the bathroom on time.

I don’t want to be that woman.

Be honest, most of us are terrible drivers. I’m just honest about it. I make jackrabbit starts when the light turns green. I change lanes because I’m stuck behind some moron that insists on driving the speed limit (which will get you killed here in Atlanta.) I brake too hard. I avoid death on a daily basis because there’s always some moron pulling right out in front of you. And yet the only accident I’ve had in recent years was when some kid rear ended me when I was stopped at a red light. I’m guessing there was a cell phone involved.

I used to be even worse. I totaled my OWN car turning left in front of someone. I ripped the passenger side mirror off the car backing out of the garage too fast. Twice. I scraped the whole side of the car against a post trying to pull up to an ATM. I hit a post in the parking garage. And I finally backed into another car at the gym parking lot. I’ll never forget the guy at the body shop walking in circles around my car and asking HOW THE HELL had I managed to dent the car on ALL FOUR SIDES! Well, it took me more than one accident, obviously.

So, no. I’m not really anxious to hand over all the data about my driving to my insurance company. Honestly, I’m afraid that if I did they might cancel my policy rather than give me a discount. And what if that information gets hacked? What if I get some crazy stalker? I once got threatening emails after writing about the Klan and shortly after that my email was hacked. What if the government forces my insurance company to hand over all of my records? Of course, they could probably already get that information from my cell phone company.

Maybe I’m just paranoid. Maybe my insurance company genuinely wants to help me drive safer to protect me. Maybe it would be a useful tool. Like those fitness trackers people wear to remind them to get enough steps in a day. Or maybe it’s just one more step on our inevitable slide towards an authoritarian society where the government chips us like dogs and tracks every single movement we make.

Maybe I’m not paranoid enough to keep up.