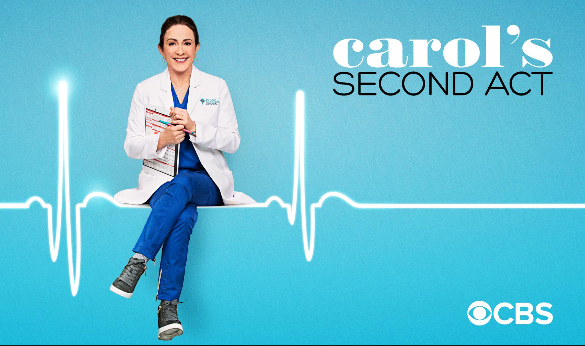 I love Patricia Heaton. She was awesome as Ray Ramone’s long suffering wife. And “The Middle” was one of my all time favorite shows. So, it’s great to see her back and starring in a new show for CBS. Honestly, I would tune in if it was just her reading the phone book for 20 minutes.

Fortunately, the writers have come up with a better plot than that. Heaton plays Dr. Carol Kenney, world’s oldest intern. After her husband leaves her to find himself, she goes back to med school. “So, he’s sleeping on his sister’s futon and I’m a doctor!” The show is populated with stock doctor sitcom characters: hard ass chief resident, eager young interns, wise older doctor. The running gag on this show is that Carol is OLD! Wow! How long did it take them to come up with THAT? So, of course she becomes a mother figure to her fellow interns. And in the end, turns out her age is an ASSET for a doctor (and so is her years of experience as a high school teacher.)

So, it’s not the most original show ever. But it’s funny and heartwarming. Throw in Kyle MacLachlan (who is still handsome with his recently gray hair!) and Ashley Tisdale as Carol’s hot pharma rep daughter and we have the makings of something here. It’s closing out CBS’s Thursday night lineup of sitcoms. It pairs nicely with its lead in “Mom” (one of my personal favorites.) As long as it doesn’t totally suck, it should have a good run.

I really WANTED to love this show and I actually don’t. But I like it enough to keep watching.