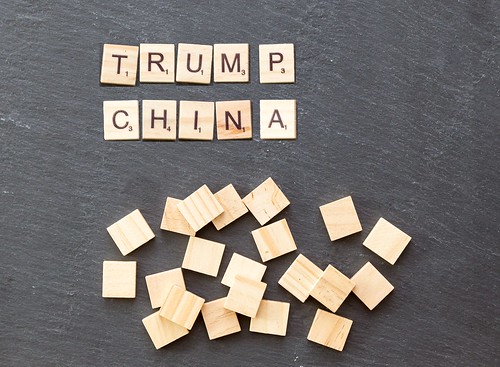 This morning, Donald Trump asked China and the Ukraine to investigate the Bidens. This itself is remarkable. It’s very unusual for a diplomat to ask that another country to investigate one of its own citizens. The job of a head of state and the state department they run is to protect its citizens, even when their own citizen is in the wrong. Foreign laws and their violation hold almost no value while promoting the interests of ones own citizens does.

Here, we see that inverted. Hunter Biden is a private citizen. Joe Biden is a public one, and Trump has asked two governments to investigate them.

One of the defenses offered Republicans is that there was no quid-pro-quo offered. However, Trump’s own “transcript” of the event details the Ukrainian president asking to buy missiles and Trump swiftly pivoting to:

I would like you to do us a favor, though, because our country has been through a lot and Ukraine knows a lot about it.

The original rough transcript can and should be read aloud to get a sense of how clear the transactional nature was communicated.

Nevertheless, a stunning (to me) number of people do not see this as a quid pro quo.

Today, however, Trump repeats his call for investigations into the Bidens. Next week, China’s delegation is visiting the United States for trade talks. He said this as the president at the White House on his way to Marine One. He said this moments after discussing progress on negotiations with Beijing.

The idea that the Chinese would not see an investigation of the Bidens as a chip to use in bargaining with the United States is laughable. The idea that Trump is concerned that anyone has violated Chinese law is laughable, and given the nature of Chinese law and punishment, his false concern is disgusting as well.

There is nothing near universal support for impeachment. To millions, what Trump has done and continues to do is wholesome and good and even heroic. In all likelihood, Trump serves this term either without impeachment or if impeached without being convicted in the United States Senate.

I could go on, but you get the idea.

Actually, let’s go on. Assuming a Democratic majority in the Senate, make Noam Chomsky the Secretary of Defense. Glenn Greenwald can be the Director of the CIA. Alexandria Ocasio-Cortez can be the Secretary of Commerce. Joy-Ann Reid will be Secretary of State. Warren’s 24-year old Marine side piece can be Director of National Intelligence. If any of these disappoint and not be brutally partisan, that is OK. They can be quickly replaced by whoever has supplicated themselves on MSNBC.

The first day on the job, fire the head of ICE. On every subsequent day, fire whoever happens to be the acting head of ICE.

The temptation, of course, would be to say these things would be bad. I am not sure this should be so quickly conceded.

If the office of the presidency is going to be one that allows she who wields it to determine who gets prosecuted and who gets excused, then you want the good guys to wield that power.

If the office of the presidency is going to go further than that and use diplomatic pressure to get other countries to prosecute political rivals, then you definitely want to be the one applying the pressure rather than the one facing extradition to China.

And just because the other side thinks they are the good guys just as fervently as you do doesn’t mean that you don’t also trust your own goodness. For the good of the country, you must consolidate your power and use the Department of Justice to prosecute your enemies before they can get the presidency back and do the same to you. Investigating, prosecuting, and jailing Eric Trump is actually more important than packing the Supreme Court with all the people you took selfies with on the campaign trail.

If instead, one takes the presidency and runs all departments in a dignified manner with justice for all, at some point your side will lose an election and we’ll be back to someone else’s malicious dictatorship instead of your benign one.

This is, of course, only to be done if Trump remains in office. If his behavior is to be judged as unacceptable, even at this late point, it would show that our democracy doesn’t have to be run solely for the benefit of one’s side. I am curious to find out which country we live in.