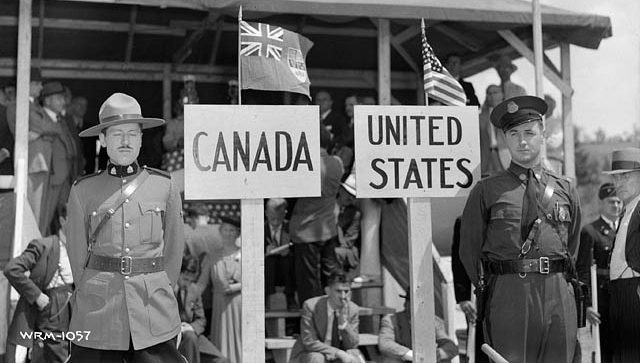 Somehow I managed to cross the U.S.-Canadian border twice in the past week without the proper documentation.

Last week some friends and I drove up to Montreal for some sightseeing and a Pokemon Go event that I was participating in that Sunday. This was my first time going to Canada as an adult, while a few of my friends had been there before.

At the border we handed our passports to the agent. Before going I had looked up what the requirements for ID are. You need a passport if you’re flying, but a state ID and birth certificate is sufficient if you’re driving. Everyone in the car has either a passport or a passport card. The agent asked us the usual questions about purpose of the trip, looked at the passports, then asked me and my Hispanic friend Jess for our IDs. We just happened to be the two minorities in the car. Jokes were made afterwards about racist Canadians. We thought it made sense that Jess got asked for additional documentation because she just got her passport renewed last week, but we had no idea why they asked for mine. Either way, we didn’t think much of it.

On the way back, when we got to the border we all handed our passports to the front of the car. Jess saw mine and said she thought it was interesting that mine had two holes punched on the cover. At the time I couldn’t figure out why the holes were there. (Some of you know where this story is going.) A little while after my friend Heidi who sat up front suddenly said to me, “do you know your passport expired in 2013?” This was of course wrong; I had gotten it renewed and it doesn’t expire until 2024. She handed my passport back to me so I can look at it, and it was at this point that I realized I had taken my expired passport with me instead of the new one. The holes punched in the passport were to denote that it had expired.

Now everybody in the car started panicking that they wouldn’t let us through or that we’d be stuck there for hours. Well everyone but me; I think I was the only person who wasn’t worried. I thought if they let me through one way they’d let me through the other way. Just as the first border agent could see that I actually have a current passport, I’m sure the second agent could see this as well. Or at least that’s what I told myself.

Of course the wait took forever. Almost an hour later, we got to the front of the line. We handed our passports over. As expected, the agent asked about my expired passport. I explained that I actually have a new passport and that I just took the wrong one. He asked for my ID which I handed over. He asked if I had any additional identification, which I didn’t. He asked at least two more times why I didn’t have an up-to-date passport, to which I gave the same answer. We seem to be going in circles. He typed some things on his computer. We all waited.

Finally he stacked the passports, handed it back to us, and said we were free to go. Whew!