On Greta Thunberg and Public Discourse around ASD 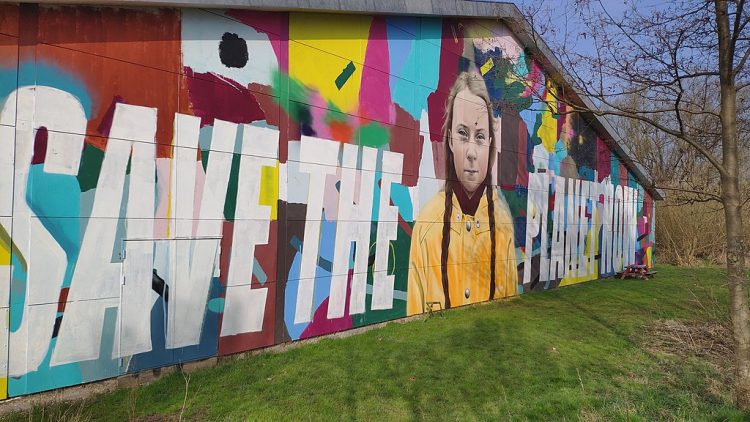 Photo by Neogeografen via Wikimedia Commons

The teenage climate activist Greta Thunberg has been at the forefront of the public consciousness for several reasons in recent weeks. Firstly, the recent climate strikes which took place across the world last Friday amassed millions of protestors in hundreds of cities around the world. Then, earlier this week, Thunberg delivered an impassioned speech to the United Nations General Assembly. During the speech, Thunberg took aim at world leaders, accusing them of stealing her childhood and her dreams, as well as not taking sufficient action on climate change. It is this speech that has caused discussion about the role of Thunberg as the public face of this movement to reach a fever pitch. In particular, the fact she has Aspergers has been a point of fierce debate.

The whole ongoing media frenzy surrounding Greta Thunberg is particularly of interest for me, apart from the cultural and political phenomena underpinning it. At a personal level, I have conflicted thoughts and feelings about it as I have Aspergers Syndrome. Like Thunberg, though clearly not at the same level, I have an intense interest in current events and the world around me and make my views known, though on different issues and in different ways. With someone who has Aspergers being in the public spotlight in such a manner, I feel compelled to provide a comment in some fashion.

I do not wish to make this article into a journal entry of sorts about my difficulties or experiences growing up and navigating life with the condition. Plenty of that sort of commentary has already been provided, and I’m not particularly comfortable going into the ins and outs of how the condition affects me. What I do wish to comment on is a tendency from the media and others to portray people with Aspergers or on the Autism spectrum as a monolith, with the same perspectives, beliefs and values.

Obviously, there is a clear need to be sensitive and mindful to the way in which we discuss the views of a teenager, particularly someone who has Aspergers. Some of the vitriol thrown her way has been entirely out of line. Michael Knowles’ recent remarks on Fox News immediately comes to mind as an example of this.  All the same, her views are not above criticism, nor should discussion relating to climate change be avoided altogether. Discussion and debate is inevitable when you are the public face of a political or cultural movement like Thunberg is with the global climate strikes. It’s not improper to discuss the role of Greta’s parents in her climate activism, for example. Thunberg’s youth and subsequent vulnerability, especially given she is now under global scrutiny in this context is also a fair topic for debate. Whether you agree with her stance or not, it is a reasonable debate whether a sixteen-year-old with Aspergers should be the face of a global protest movement. I know for instance that at sixteen years old, or even now for that matter, I would not be equipped to handle such a public profile, no matter how passionate I felt about the cause I may be championing.

I’ll also say that for the record, while I understand and sympathise with Greta’s clear passion on the issue of the environment and on climate change, I disagree with her views on how to go about tackling climate change. As a recent piece by Katherine Jebsen Moore points out, there is a certain darkness and cynicism to Thunberg’s vision of environmentalism that is at odds with how I view the issue. To put it succinctly, I favour market-based, technological and innovative solutions to the issue. I’m also rather more optimistic about our ability to rise to the challenge and find such solutions – partly because they are being developed as we speak, with surprisingly little attention or fanfare being paid to them.

A recent long-form article by Eli Dourado outlines several of these solutions in length. They include efforts to produce zero-carbon gasoline, converting Siberia to grassland (counter-intuitive, I know, but the article explains the clear benefits to this), speeding up the carbonate-silicate cycle and reintroducing oysters en masse to former habitats such as New York Harbour. What’s particularly interesting about all four of these solutions is that they are ambitious as well as achievable. Each project has had proven success already and is capable is scaling up dramatically, should the investment and political will be there. They are also outstanding examples of human ingenuity and optimism in the face of a problem as huge as climate change.

I have written previously on issues relating to the environment and climate change for various online outlets, such as Arc Digital and Uncommonground Media (formerly Conatus News). The article out of these two to particularly pay attention to here is the one on nuclear energy. I firmly believe that nuclear energy plays a key role in the transition to renewable and clean sources of energy and away from fossil fuels.

This is in stark contrast to Thunberg and in particular the organization behind the global climate strikes. From their perspective, technological and market-based solutions are the fundamental problem and that an entirely different approach must be taken. Their approach calls for dramatically reduced consumption, increased redistribution of wealth from developed to developing nations and the rejection of ‘false solutions‘ such as those outlined above.

Robert Colvile, the director of the UK think tank Centre for Policy Studies and Editor- in-Chief of CapX, assembled an excellent Twitter thread highlighting some of the issues with the Global Climate Strike’s policy aims and ends.

The entire thread is well worth reading, though these are the key insights to take away from it.

I know that by writing this, I’m opening myself to a lot of criticism. That is absolutely fine, and to be expected. By commenting on a topical and contentious issue, that is the price I will pay. The fact that I have Aspergers should not mitigate this in any way – to demand an exemption from criticism or critique in this fashion, as some are demanding for Thunberg, would be unfair and be contrary to the spirit of fair and open debate which I strongly believe in. From my perspective, there’s also an element of condescension, even if unintentional, with this sort of mentality. It implies that people on the Autism spectrum are incapable of handling criticism or pushback, which is, in my opinion, an infantilizing view. Sure, there are times where I may have feelings of heightened anxiety or sensitivity to this – but it’s not a permanent thing, and acting as though it were is, while well-intentioned not conducive for my long-term personal growth and mental health.

My view of the whole situation is that there are many assumptions that are being made about how people with Aspergers may feel or think about these issues, as well as how to interact with people on the Autism spectrum. I am sympathetic to the fact that people are trying to act with good intentions – yet by making these assumptions and not speaking to us directly, we’re ironically being side-stepped in discussions that directly relate to us. Again, I’m not asking for favourable treatment or to be considered beyond reproach in these sorts of discussions. But by the same token, I don’t want people to speak on my behalf. I wish to speak for myself, with the responsibilities and consequences that come with doing so. All I ask is to be heard out and for my perspective to be considered, whether you agree or disagree.