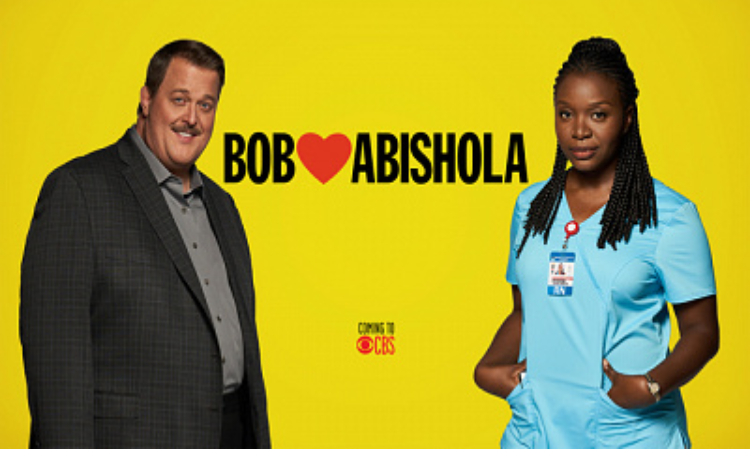 The hottest thing in entertainment is reboots. Proof that Hollywood has completely run out of NEW ideas. In fact, the new Peacock streaming service announced last week that it was rebooting Battlestar Galactica, which has already been rebooted, sequeled and prequeled.

So, give CBS some credit for NOT doing a reboot of “Mike and Molly,” but instead coming up with half a new idea instead. It’s new comedy “Bob Hearts Abishola” follows the same basic plot and stars half of the original duo, Billy Gardell. It’s even back on the same network in the same time slot. The only difference is that instead of a cop meeting a teacher at a weight watchers meeting, you have a businessman meeting a nurse after he has a heart attack. That’s it. At least we don’t have to endure the dreaded “will they or won’t they nonsense” because if they DON’T, we really don’t have a show.

The “Bob” half of this duo is the weak link. Gardell is a talented comic, but he essentially plays the same character in every show he’s in. And his annoying family that helps him run his sock business (Socks? Really? Someone thought this would make for a compelling storyline?) doesn’t add to his appeal. Matt Jones plays his druggie brother, essentially reprising the role he plays in CBS’s “Mom.”

The “Abishola” half is a lot more interesting. A Nigerian immigrant with a 12 year old son that she’s pushing to become a doctor. Her family and coworkers (great to see Vernee Watson back on TV again!) make for a great ensemble show. Maybe she should just ditch Bob and go it alone.

I wanted to like this show. I already put it in the DVR to record the whole season. I figured it would pair well with “The Neighborhood,” its lead in show that also deals with race relations in a humorous manner. But I really disliked all the potty humor. And Bob’s pursuit of Abishola strikes a wrong note in the #Me Too era. He wakes up from heart surgery, sees this nurse caring for him and is instantly smitten. She, apparently, is not. That doesn’t stop Bob from showing up at her workplace and bribing a coworker for her home address. In the real world, that’s grounds for a restraining order. On television, it’s the start of a beautiful romance. I guess.

I’m almost hoping the show fails so that CBS can replace it with something better. I give it 2 1/2 stars. If it were on any other network in any other time slot, I’d put it’s chances at zero. Maybe it will get better. It has good actors. It needs better writing.