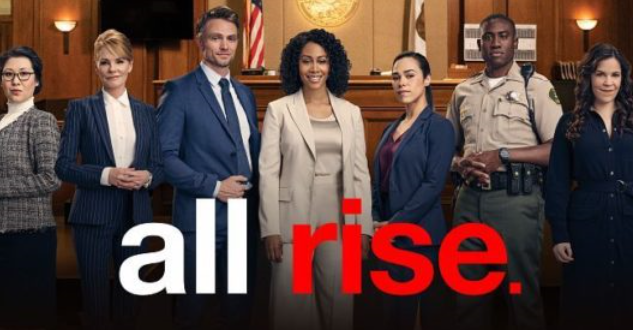 So, what do I look for in a new TV show? First of all, is this going to blow up my DVR, or do I have room on my schedule for it? Second, does it have some actor that I liked in some other show? Does the basic plot sound like something I’d enjoy?

I have to be honest. Every May I look forward to clearing out my DVR. I have a bad habit of watching shows way past the point where I actually enjoy them. But it’s a habit I started breaking last year (Goodbye, “Arrow!”) and quite frankly I’m not looking to add a bunch of shows back in.

Which is bad news for our first entry. “All Rise” debuted Monday on CBS. It’s certainly not a BAD show. It’s actually a halfway decent show. It just didn’t really grab me.

The premise seems to be a cut and paste version of every other legal show you’ve ever seen in your entire life. Plucky judge newly appointed to the bar? Check! That was pretty much the pilot of “Night Court” 35 years ago (and just typing that made me feel old.) But this judge is a BLACK WOMAN! Are we supposed to believe that there aren’t any black women judges in Los Angles yet? Simone Missick stars as Lola Carmichael (nicknamed “The Lolacoaster” by her colleagues.) And she is far and away the best thing in this show. She’s also surrounded by A list talent. Marg Helgenberger costars as Lola’s new boss, and Wilson Bethel portrays her best friend and current ADA. Veteran actors Paul McCrane (hello, Dr. Romano!) and Tony Denison make welcome appearances. The rest of the cast is unknown to me. But we have the requisite earnest ADA fighting for the wrongfully accused, tough Asian assistant, and Deputy/law student. Like I said, we’ve seen all of this before, and most likely better. We learn less about Lola’s personal life than we do about the vast, diverse supporting cast.

The pilot is pretty straightforward. A young, pregnant Hispanic woman is set to take a plea deal for a crime she clearly didn’t commit because of pressure from the DA and fear of an even longer sentence. I’m sure you can guess what happens without my elaborating further. We get glimpses at the lives of the players including the public defender with a clear domestic violence fear and an ADA with a criminal father.

I’d give it 3 out of 5 stars. Did I add the season to my DVR? No. I don’t think this series will be around that long. Am I willing to give this show another chance if I’m wrong? Absolutely. But my Monday nights are pretty booked! I haven’t even gotten around to watching “Bluff City Law” with Jimmy Smits. Is there room on Monday nights for TWO legal dramas? I doubt it.

If I’m wrong, I hope another network snatches up Ms. Missick. I would definitely tune in just to watch her again.