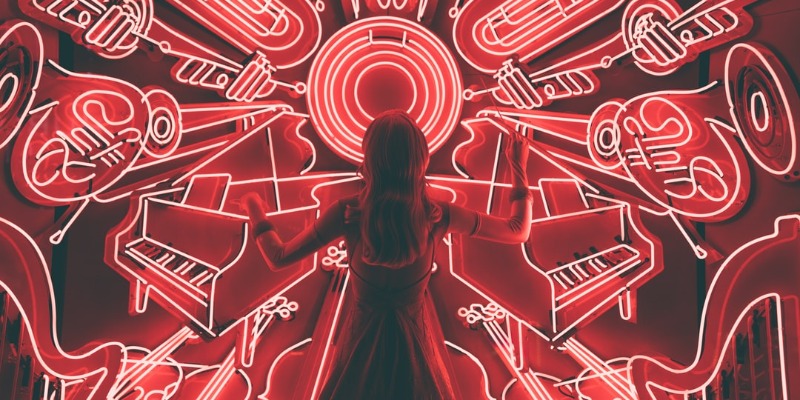 ’90s music is messed up for the same reason my suburban Seattle city isn’t the most dangerous city in the United States.  And that reason colors everything you consume on the internet.

What are you talking about?

In the 1990s, music sales moved away from singles, choosing increasingly to promote albums and songs off those albums.  To you, the radio listener, this change mattered little at the time.  To the Billboard chart makers, this mattered immensely, because the Hot 100 – the overall chart from which people say something was a #1 song or a Top 40 hit – only allowed songs sold as singles into the chart, regardless of any other metric.  Over time, this meant the Hot 100 said less and less about what was popular, as non-singles like No Doubt’s “Don’t Speak” were #1 on Billboard’s airplay chart for 16 weeks but didn’t chart on the Hot 100 at all.

Billboard abandoned its singles-only policy in late 1998, but the damage was already done.  When the music industry changed how it promoted songs, Billboard lagged behind for years, and so anyone looking back on the Hot 100 to understand ’90s music will be only kinda informed.  Billboard was similarly slow to properly incorporate digital music data in the 2000s, leading to more years of bad results.

Part 2: I’m Not About to Die by Existing Where I Live

A study, analyzed here (the primary source seems to have left the internet),  made the rounds a few years ago saying that where I live Tukwila, Washington, is the most dangerous city in the United States.  You would think that, by living in it for four years, I am an odds-beater that gets to sing Natalie Merchant’s “Wonder” (#7 by airplay, #20 on the Hot 100) autohagiographically.

But when you look at the data, you find all the problems.  The study only took FBI data formatted a certain way, which many big cities didn’t provide.  It treated violent and property crimes equally, which I’m not sure everyone would do automatically.  But the biggest issue was that the data was per capita.  Tukwila is a small town with the regional megamall, so it looks terrible in per-capita figures, while improving surrounding towns’ figures by attracting so much of their business activity.  That’s why the safest towns in the study were, e.g., Philadelphia gated communities masquerading as suburbs – no business means no crime.  If you made Paul Blart the lone resident of Mallcopia, that would be the most dangerous city per capita.

Part 3: Why That Matters

Mallcopia’s crime statistics are ridiculous for obvious reasons.  But what about Tukwila’s crime stats when you don’t know anything about the town?  What about a Twitter claim that a policy is “common sense” when just about every belief has more than Dunbar’s number of people/bots who proclaim it?

And what’s the difference between Billboard not accepting non-singles for years and an advocacy group refusing to accept, or kicking out, swaths of people its banner claims to represent?  They both claim to be rock-solid reference points while sands shift beneath them.  And if we don’t understand that the next time someone tweets a study outside our knowledge base – if we assume it all comes out in the wash without anyone washing it – we stay naive.

Part 4: Why Not Add Some Science?

Heisenberg’s uncertainty principle states, broadly, that some pairs of things can’t be measured accurately at the same time, because the better you measure one, the less you’re capable of measuring the other.  For a brief time, it was an ethical ideal of journalism to state what things are – precisely in this moment and situation – which naturally left it ill-equipped to state what things should be – the path out of this moment and situation.

But thinking those are correctly separated isn’t the historical norm, at least not in America: even a cursory read of Eric Burns’s Infamous Scribblers will show you that.  More people are interested in stating what things should be than what they are; add a dose of oughtness, and presto!  You get the default reason people care about stuff and write about stuff.

It’s one thing to be a loon and state how things should be in total ignorance of how things are; loads of people do that and we kinda know how to adjust for it.  It’s a different thing to mix up what is and what should be, whether by not knowing focus on one loses focus on the other or by turning the “is” into the “should be.”  Billboard’s failure to adjust to the new “is” made their measurement a prescriptive “should be” – get people to buy singles if you want any chance at a true #1 hit.  Gruff call-’em-as-I-see-’em types can be similar – failure to grasp a changing world morphs facts, 3D Flower Box-style, into feelings.

If the collective internet doesn’t recognize the conflation of determining the “is” and the “should be,” you’ll have to do it when you read something – and be ready to reject something that can’t be separated out.  This is why activism and academia don’t mix well.  It’s not that the good academic can’t be a good activist; it’s that they can’t be them in the same action at the same time.  If a study thinks it knows what should be done with its data, there’s a good chance it’s wrong about that.

This is part of what a diverse society is for – it’s not just to get more input on what is or what should be; it’s to make sure different people are working the one or the other.  Since it’s vital to measure both, there’s a kind of societal seesaw necessary to keep measuring both: we figure out what is, then we figure out what should be, and on it goes.  Anyone who via ego, impatience, laziness, or tribalism acts like the seesaw is optional is foolhardy.

On the other hand, if you freely admit what you don’t know, you avoid conflating opposites and you avoid making assumptions that sound normal to your world but end up invalidating everything.  That takes a humility social media discourages; be warned.  But the other option is to be mid-’90s Billboard – and nobody wants that.

Brandon has written a baseball book, has playtested a video game for a living, has written a law that gives specific powers to himself, and is proficient at making his bio sound more impressive than it is. He is @restlessmosaic on Twitter for non-baseball content and @baseballspotlit for baseball content.