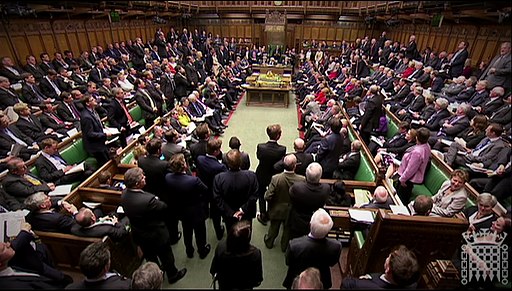 For those of you that thought the problem with Brexit was it was too neat and tidy, your day has come:

Part of the problem is that the UK doesn’t have a written constitution like, say, the US or most other modern democracies. Instead, its constitution is based on hundreds of years of law and convention – which can be difficult to interpret.

A group of 70 Scottish members of parliament (MPs), a vocal campaigner over Brexit, and a former prime minister were all arguing against the government.

There was plenty of colourful language.

In the end, the Supreme Court decided against the government – that the suspension was designed to “prevent or frustrate” parliament carrying out its duties, and that it has no effect.

Because the suspension was ruled unlawful, parliament is technically still in session, as if the whole thing had never happened. The decision from 11 judges was unanimous. Parliament could be reconvened straight away. In its summary, the court said that how that happens is up to the Speaker of the House of Commons, John Bercow, and his counterpart in the House of Lords. But when it comes to Brexit, there’s a time limit.

So now what? No one is really sure. Labour, led by Jeremy Corbyn, will likely push for PM Boris Johnson to step down, but they don’t really want a gerneal election either so how they go about that will be interesting. If Johnson wants to “crash out” he can continue to run the clock out. The calls for a second “people’s vote” are loud enough but cannot be done in 37 days. Then there is the problem that parliament can pass whatever it wants regarding Brexit, but the European Union has more say in it at this point than they do. Which, of course, is why Brexit happened in the first place.

As it stands, the prime minister still maintains that he will take the UK out of the EU on 31 October – despite the fact that in the small amount of time they were in session, the parliament passed a law requiring him to ask for yet another extension.

That disagreement could lead to another political crisis, or another election. Or the EU might not agree to an extension even if asked.
And now, more than three years after the Brexit vote, there are just 37 days left to sort it all out.

Spinning faster without getting anywhere seems to be the immediate future for our UK friends, but one way or the other the end is near, or at least near-er. Clocks ticking.