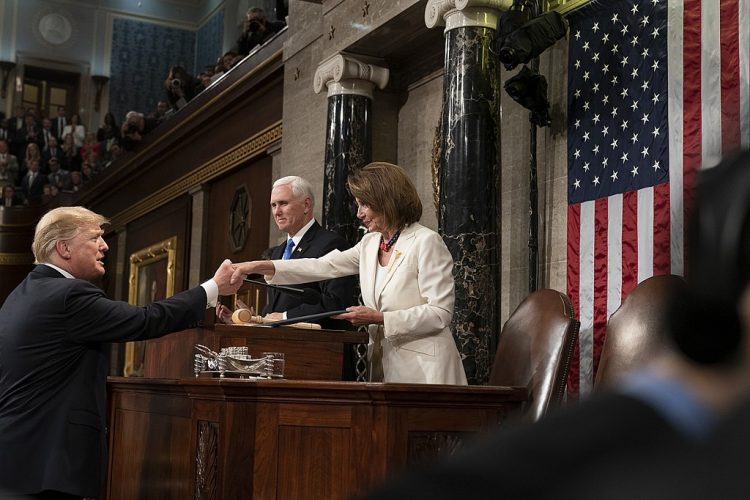 Speaker of the House Nancy Pelosi made a statement about starting an “Official Impeachment Inquiry:”

PELOSI calls Trump strongarming Ukraine into investigating Biden "a breach of his constitutional responsibilities," says moves to block release of whistleblower report are "a violation of law."

"I'm announcing the House is moving forward with an official impeachment inquiry." pic.twitter.com/ItAMrl4Yhn

After months of expressing caution on a push for impeachment, House Speaker Nancy Pelosi launched a formal impeachment inquiry into President Trump Tuesday.

“The president must be held accountable,” Pelosi said. “No one is above the law.”

The landmark move comes after controversy over a phone call Trump had with the newly elected Ukranian leader in July and reporting that the president pressured him to investigate political rival, Joe Biden.

“The actions of the Trump presidency revealed the dishonorable fact of the president’s betrayal of his oath of office, betrayal of our national security and betrayal of the integrity of our elections,” Pelosi said. “Therefore, today, I am announcing the House of Representatives moving forward with an official impeachment inquiry. I am directing our six committees to proceed with their investigations under that umbrella of impeachment inquiry.”

Trump earlier Tuesday called the allegations against him “ridiculous” and a “witch hunt.” He contended he did nothing wrong and is promising to release a transcript of the call Wednesday.