When a Local Shooting Becomes a National Story 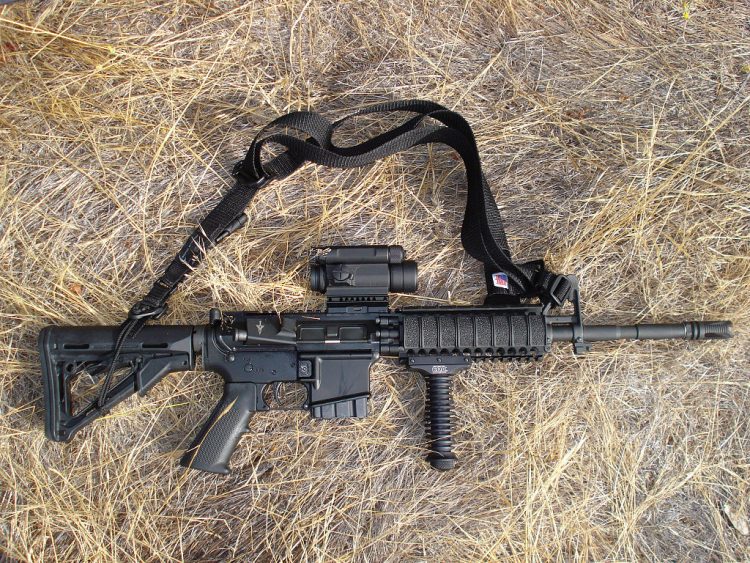 I first heard this story on my local local news. A homeowner shot and killed three teens in an apparent robbery attempt gone wrong. Sadly, the only thing different about this incident was that the would be robbers ended up dead. It occurred near my old hometown. I hoped I didn’t know anyone involved. I thought it was sad. I didn’t expect it to become a national story.

But later that day, I’d be reading about it in the Washington Post. Why? It’s a local story. Not a surprise that the local news was covering. But why was it making NATIONAL news? I can only assume that it’s because of the weapon involved. News reports say that the homeowner “possibly” used an AR-15. The media is also using this case to reignite the debate over “stand your ground” laws. The police have not released many details, as the investigation is ongoing. But the neighbors and witnesses are talking to the press.

And as usual in today’s political climate, everyone is using this to reaffirm their previously held positions on guns. Gun owners cite this case as proof that AR-15’s not only CAN be used in self defense, but that superior firepower is a necessity when facing armed criminals (one of the robbers was apparently armed with a Glock that he fired at the homeowner before being shot himself.) Gun opponents see it as another example of overkill. Lost in all the posturing are the three dead kids.

Don’t get me wrong: this seems to be a clear cut case of self defense. The homeowner was returning from work around 4AM when he was apparently confronted in his yard by the three teens. One was armed. All had their faces covered. They were apparently attempting a robbery. Reports said the armed boy fired first. “Stand your ground” or not, when someone fires on you’re justified in firing back. Still, I’m appalled at the lack of empathy. The dead kids were 15 and 16 years old. They are clearly dead because of their own actions. But that doesn’t mean they “deserved to die” as some have commented.

Three lives are lost and countless others are changed. The shooter himself is reportedly devastated. Neighbors say he cried all night afterwards. He protected his life and his family, but he will be haunted by these deaths for the rest of his life. His neighbor who saw a young man die in his yard is also traumatized. Brian Jenkins told reporters that he heard the gunshots and found one young man mortally wounded on his front yard, clutching his chest. “I told him that he wasn’t going to die, and he died.” “It is very, very tragic for these young men … to die like that just hurts me. I’m crushed, and so is the shooter.” These young men had families that loved them. Neighbors held a vigil for them this week. The neighborhood is shaken. None of these people asked to be dragged into our national debate on guns. But now, they are.

Eventually, the reporters will leave. The debate will move on to the next shooting. But the people involved in this tragedy will still be hurting. We shouldn’t ever take that lightly.