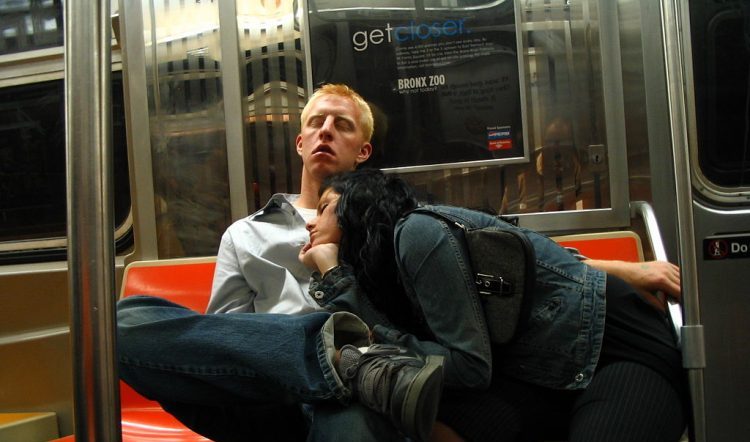 There are lots of reasons why Congress, the presidency and state legislatures across the country do not represent the feelings of most Americans on the issues of gravest importance.

Voter suppression is one of the most urgent of those reasons. It’s a problem that citizens of the United States shouldn’t have to contend with, which is probably why they haven’t. Democracy in America seems to have stopped, or at least slowed to such a crawl that it might as well not exist at all. It’s partly because most of the established powers here make it very hard for “average people” to vote.

Sleep deprivation isn’t a psychological operation or a campaign to erode our democracy. At least, not directly. However, it is a byproduct of American-style capitalism — which is in right now in a big way. We learn more about sleep and its importance — and what happens when we don’t get enough of it — on a regular basis. Now, there’s reason to believe a lack of sleep harms the very fabric of our country. Maybe we’ve begun to see it already.

Researchers from the United States and Germany have a new study out called “Insufficient sleep reduces voting and other prosocial behaviors.” Here are the authors in their own words: “Insufficient sleep is a growing public health concern in industrial societies. Although a lack of sleep is known to negatively affect private behaviors — such as working or going to school — comparatively little is known about its consequences for the social behaviors that hold society and democracy together. Using three complementary methods and survey data from two countries, we show how insufficient sleep affects various measures of civic participation.”

The United States has been having on-again-off-again conversations for generations about making Election Day a national holiday. It is extremely telling that we have chosen not to. However, America’s poor attitude toward voting — that it should remain something of a luxury, rather than a right and an obligation — goes even deeper than that.

The claim here is not that the powers that be have conspired to make people too tired to vote. This is a symptom, and a serious one, of a lifestyle that is unsustainable and ultimately not healthy for a flourishing democracy. Nonstop, at-all-costs capitalism keeps us at work, or keeps us at home dozing, when we should be at the polls.

As the researchers indicated, there hasn’t been a lot of study done on sleep deprivation and its society-wide implications. What we have known for some time, however, is that one in three Americans aged 18 to 60 don’t get the doctor-recommended amount of sleep each night. People in this age bracket should get a minimum of seven hours.

In addition to this, notes the CDC, a lack of sleep is a risk factor for adults developing diabetes, obesity, blood pressure problems, mental health issues, and heart attacks and strokes. Moreover, it’s common for sleep disorders to go unreported and untreated — in part because most patients don’t know what to look for. Sleep apnea is common. When it flies under the radar, it’s not just a threat to a good night’s sleep — it can also be deadly.

There are, therefore, high personal costs attached to sleep deprivation. It is not wrong to ask why people everywhere thank their gods when Friday arrives. We shouldn’t be tuning out five-sevenths of our waking lives and sleeping poorly through the rest of it.

However, the social costs are just as troubling. If democracy is struggling in America, it is at least partially because American adults are sleep starved. Again, here are the researchers behind the study: “Individuals who sleep less and who are chronically fatigued may struggle to engage, even if they want to do so. Such individuals may lack the motivation, capacity and social connections to overcome the hurdles, distractions or costs that get in the way of participating in social processes that benefit society.”

As we’ve noted already, numerous hurdles stand between the average voter and casting a successful vote at their polling place.

Inaccessible and constantly changing polling places are one of those hurdles. Calling off from work, or finding a baby-sitter, may be another. Americans can’t even take for granted that their state won’t secretly purge them from voter rolls with little or no explanation. That’s what happened to 17 million Americans between 2016 and 2018, according to reports. So, check and double-check your registration status long before your state’s primary’s cutoff date for registering or changing party.

This emerging body of research suggests voting isn’t the only prosocial behavior being compromised by a lack of sleep. Other things noted by the researchers include signing petitions, donating to charities and canvassing their neighborhoods for various causes.

Based on all this, it couldn’t be clearer that the U.S. has begun to suffer from its chronic lack of sleep and poor voter engagement. The more we learn about how much we can stand together on the issues, the more it becomes clear that we all want the same things from politics and civics. Unfortunately, one of those things is a better night’s sleep.