About that Clean Water and Air in West Virginia 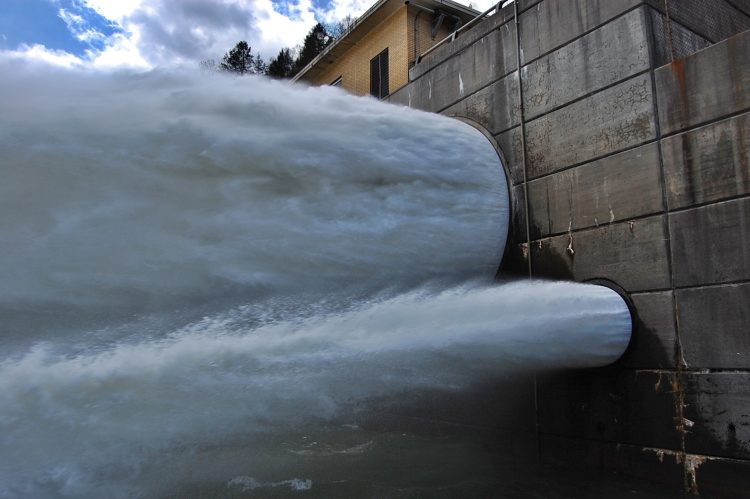 The absentee governor of the great state of West Virginia ventured forth from the rock he has been hiding under to Skype with the President’s favorite TV show, Fox and Friends. Though delivered in his usual, barely coherent style, there was one tidbit of the interview that perked my attention.

On Fox & Friends, the Governor of West Virginia seems to suggest that coal is environmentally friendly: “If you want pristine air and pristine water, come to West Virginia. Come to the state that is producing the coal.” pic.twitter.com/5bnMRv8Y0Q

There is much about environmental sciences, the climate change debate, and associated things that I do not know much about. I read about it, discuss and debate it online and in person, and like other topics of the day do my level best to be as informed as I possibly can be on it. Or at least, as informed as I can be almost exclusively through the magic of the interwebs. I have had classes that touched on environmental issues, and being a transportation guy by trade I’m not completely oblivious to the wider world around me.

The water and air in West Virginia? That I know something about. A lot of something.

The water in West Virginia is as good a thread to my life and the history of my family as any. The first twelve years of my life I lived in a double-wide trailer situated on an embankment above the Elk River. You may have heard of the Elk River; that’s the one in 2014 that a chemical leak from a negligent company just down river from where I grew up crippled the Kanawha Valley, deprived 300K people of any water usage whatsoever, and added to the long list of industrial-aquatic disasters the state has suffered through over the years. But in the 80s we played, swam, canoed, fished, and generally saw the lazy green and brown water behind the house as a good thing. Kids that we were, we though it was just a natural place to dive into after letting go of the rope, more than some key environmental component.

When we moved in the early 90s, it was into my grandmothers house. It wasn’t the house my mother had grown up in, however, but the one built from the “equal & fair” compensation of eminent domain. When the state and Corps of Engineers dammed the mighty Gauley River just up from their farm in what had been known as Gad, they obviously were going to be moving elsewhere. Traditionally, the newly made lake would have been named after the town it consumed, but not wanting to have then-President Lyndon Johnson to have to proudly proclaim the modern engineering marvel of the “Gad Dam” when the president came to dedicate it, they went with the closest town of Summersville instead. Clearly, they didn’t know the infamously vulgar Johnson very well, as he would have probably gotten a kick out of it.

So up onto the hill they went, up yonder on land that had been in the family since then-Virginia Governor James Monroe signed the original land track for a ferry site across the river. Down from the bridge that replaced the ferry, the old general store near their home was deconstructed before the lake waters took the valley, and if you go into my folks’ basement to this day you can still see the remnants of painted advertisements on the bottom of what are now floorboards. My generation grew up knowing the joys of the lake, and the clean water that was a byproduct of it being partially drained every fall for flood control and raising the river for rafting season. The shooting water from the dam is the put-in for rafters where the Gauley resumes at the base of the massive earthen embankments that hold it back. 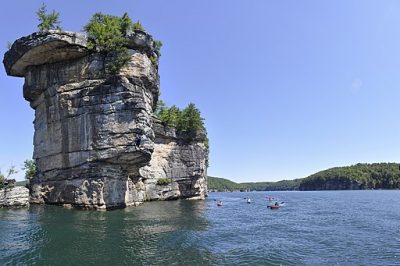 But those are my happy memories of West Virginia’s pristine water and amazing air. Sitting Up Yonder on the mountain by the fire, the lake just over the hill but close enough you can hear the boats and jet skis, where my family gathers as they have for 200 years now to watch the sun set, is about as close to natural perfection as you can get. The Governor is right about the air and water quality for much of the state — that is why the “Almost Heaven” moniker has stuck and worked so well for a state that has wide swaths of it left to nature. So pristine are large parts of the state, the joke goes that when flying home you know when you are over West Virginia because when you look down at night the lights stop, then appear only in the ribbons through the hollers and hills.

It’s the parts that weren’t left to nature that are the problem.

Having become rich from his background in the coal industry, Jim Justice knows this. Water manipulated by man can be a two-edged sword, and West Virginians know this all too well. The excellent lakes and recreation areas that have made tourism a focal point of the state, almost all of them man-made, stand in stark relief with what happens when less benevolent men go playing God with West Virginia’s water.

Buffalo Creek killed 125, injured a thousand others, displaced nearly 5,000 more; and all that was just the beginning of the disaster as the corruption of the aftermath was just as outrageous as the negligence that caused it in the first place. Pittston Coal called it “an act of God” in an unimpressive effort to deflect the blame for why their slag pile and dams had rushed down the valley like a merciless plague. The courts differed, awarding out in various lawsuits afterwards the equivalent of more than $100M in today’s money.

That isn’t counting the state’s lawsuit, which Governor Arch Moore was nice enough to settle with the company for a measly $1M dollars, a slight discount from the $100M the state had sought not just for punitive damages but to recoup the massive outlays in resources for rebuilding and recovering. It was only the latest in controversies the governor had involving Buffalo Creek, including all sorts of impropriety with eminent domain of destroyed property, allocations of funding, and various other shady deals and broken promises. He settled the lawsuit 3 days before his term as governor ended, and 13 years before he would be sent to federal prison on 5 felony counts of obstruction and corruption.

So Governor Justice is going to have to forgive me, and others, when we don’t take his rambling, folksy dismissal of environmental issues at face value. I’m not for “blowin our legs off,” a horribly tone deaf analogy, economically either in a state that bounces along the high 40s in 50-state rankings in poverty and misery. But don’t shine me on about a “seat” at the table either, when often that seat is the state and a company conspiring to make sure the people don’t know the meeting is taking place. Coal isn’t what it once was, and its decline, along with environmental improvements both in process and regulation, all have a part in that. There are two mines in Wyoming alone that produce more coal than the entire state of West Virginia. There are only about 15K coal mining jobs left, and of those only about 6K are actually digging in the earth. The idea that the state is still economically beholden to King Coal is hanging by a thread, and jobs in state service, healthcare, and folks on pensions/benefits — the three largest economic groups — are all much larger, and far more powerful voting blocks. The past dies hard, but it is dying.

Being good stewards of the environment in West Virginia and elsewhere isn’t just an ecological debate but also one of accountability. Governor Jim Justice, from his business dealings to his administration of the state, isn’t very interested in that. So I’m inclined to be far more concerned with keeping West Virginia “wild and wonderful” long after the state’s wealthiest man shuffles back to the Greenbrier and out of the state house he rarely visits.

If nothing else, his departure should be good for the environment, political and otherwise.