On A Mayor Pete Town Hall 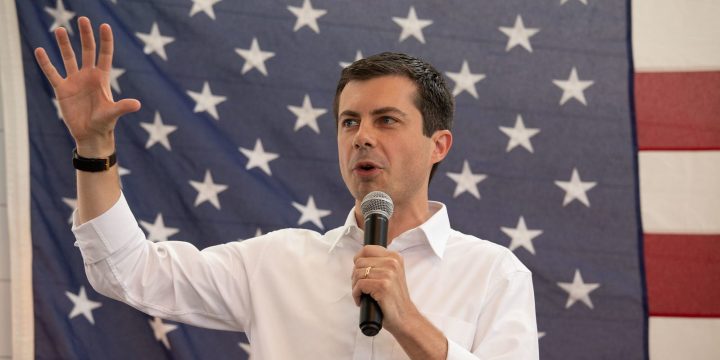 The 2008 campaign ran on the premise of hope. The nation was facing an economic crisis that could have easily been the worst since the Great Depression. Home prices plunged on the backs of shoddy mortgage lending practices and a very scummy mortgage speculation market. Very clearly, the United States was at a turning point. It could either choose the moderate and rather soft-spoken at the time Senator from Arizona, John McCain, who would institute some reform, but wouldn’t make big and bold change or it could choose the upstart Senator from Illinois who had knocked off a figure who seemed all but a shoo-in to win the nomination as late as January of 2008.

Funny enough, I remember being moderately interested in this election. It was the first I could really remember and say actively that maybe I had a side in. I knew nothing of the issues, nothing of the gaffes, but I knew the candidates and by God, someone was going to win! To look back on the 2008 election from the vein of my views just a few short years later, I would have viewed it as nothing but a national tragedy. An insult to the foundation of “the Republic”, whatever that was. I didn’t quite think that Barack Obama was so much the devil incarnate as some sort of incredible sorcerer who was planning to careen the United States into the abyss of the left. How wrong I was. How wrong most of us were. How few of us will actually admit our misstep.

Fast forward to 2019, and the 2020 elections will be the first I’m eligible to vote in. Though certainly not the first I’ve been invested in, and I certainly had vested interests in the 2012 and 2016 elections, they’re different for many reasons. First, the echoes of 2008 are all around us: A ruinous and highly unpopular administration pursuing policies that earn it revulsion and even outright contempt by certain portions of the country (Bush’s Iraq and Trump’s immigration and trade policies), an economy that looks as though it’s on the verge of tottering into recession again (even though by 2008, the economy was almost certainly in recession), and what seems like a crisis of ideas in the GOP and a crisis of the old vs. the new for the Democrats.

This actually brings me to South Bend, Indiana Mayor Pete Buttigieg; husband to Chasten Buttigieg, former naval intelligence officer, and one time candidate for the position of DNC Chair (which he lost to both Tom Perez and current Minnesota Attorney General Keith Ellison) — an unheralded figure for sure, but someone whose whole campaign is run on the premise of hope. On Tuesday the 17th of September, Pete Buttigieg made a stop by the University of South Carolina for a town hall meeting with students and Columbia area supporters who chose to attend. While I have no doubt that any high profile candidate would have been given a more ceremonious spot to stump than adjacent of the Student Health Center on an outdoor stage, it was the perfect venue for Pete’s message. It’s the same message Obama ran on in 2008, hope.

There were many things that I’ll cover in greater detail at some point, mostly due to the fact that I want to expound on why I’m not necessarily a believer in hope. This article, however, is all about Mayor Pete and his event and why it’s important to discuss that. I was not aware the event was happening until just a few hours before, at which point I RSVP’d on his campaign website and nervously sat expectant for his 2:30 appearance on campus. The air in Columbia was just as muggy as it could be, and what was a cloudless sky had turned mostly cloudy (and acted as a blanket) by the end of the event when I finally left around 3:15.

While one event is obviously not truly representative of a campaign in sum, I saw people from all walks of life who came either out of curiosity or out of genuine support. Two boys, I assume they must be freshman, came to the event wearing their Trump 2020 shirt and MAGA hat; partly as a statement, but partly because they were genuinely curious. These two boys, whose conversation with an active Pete supporter I overheard, was that they came simply because the Trump Executive Order on vaping was a bridge too far for them. We can laugh all we want about people’s breaking points, but they’re certainly something that are fickle as well, and some breaking point is better than none. I briefly talked to an African-American female my age who said she was leaning toward Warren, but who wanted to see if Pete had the spark that she thought Warren had. There was a home health aide there with her family, whose children had the brightest smiles when Buttigieg’s assistant picked their mother’s question. (FWIW, Pete waved back at the baby.) There were, of course, white students, and most of the crowd were white students. But there were several Latinos, including a Hispanic Trans woman who asked a question about how Pete plans to tackle violence on MTF Trans individuals. I saw, but didn’t talk to, an older African-American woman whose “Pete 2020” pin was prominent on her lapel. Simply put, I saw all walks of life and all types of people represented at this 30-minute town hall.

What impressed me most about the event itself, without getting into the specifics of what Pete said, wasn’t so much the real vanguard of Pete supporter who were there, but that the narrative of Pete’s appeal could be so wrong. Pete stayed for a while afterwards to go down the line near the barricade and take pictures and such, (I got a selfie) but here’s the main takeaway I got from Mayor Pete: we have to unite on our values and our campaign runs on hope. I don’t think any candidate could, or will in our polarized environment, replicate the Obama 2008 campaign. I absolutely think that there’s only a very slim chance of that ever occurring, but replicating the campaign isn’t the same thing as running on the message of the campaign. More than anything, Mayor Pete runs on, and imparted, hope for all of us.